"An Education": Romance with an older man 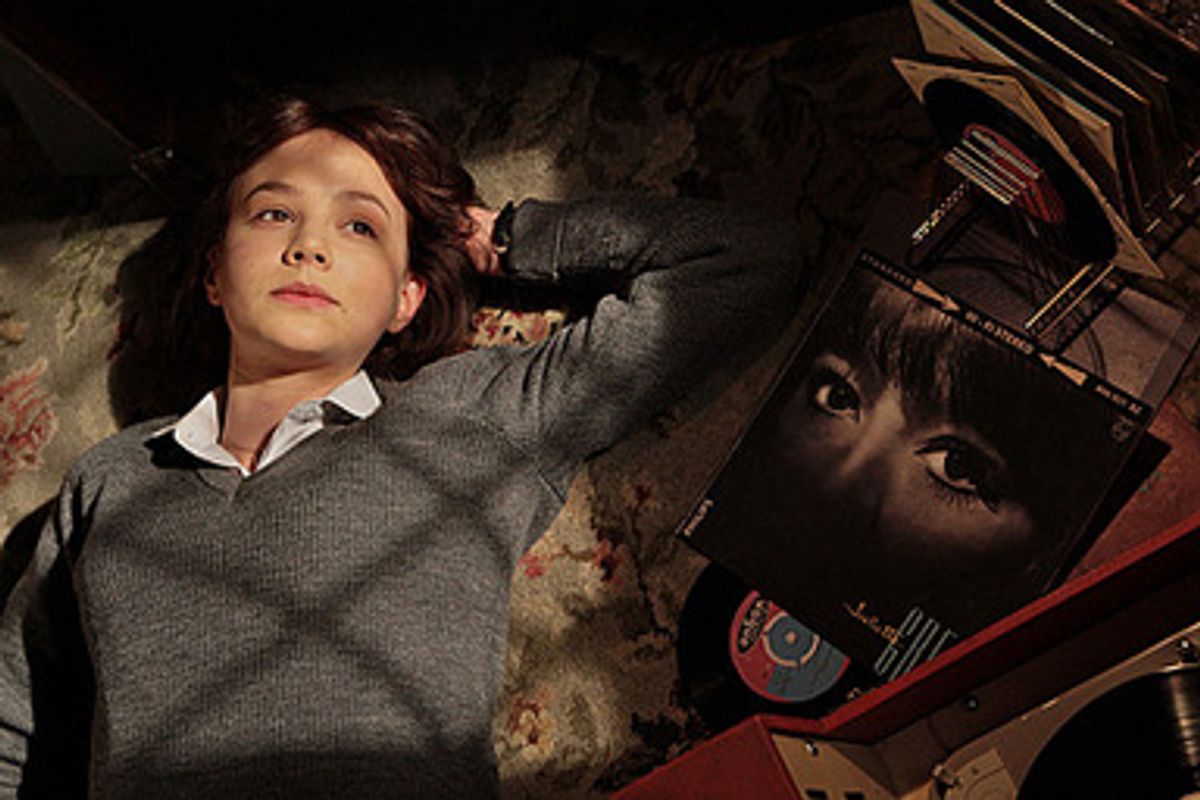 Even when we're not talking about outright child molestation, the idea of a sexual relationship between a young woman and a much older man is likely to freak people out. Statutory rape is itself a vague term, with the specifics varying from state to state (and from country to country). And even if the sex is consensual, the question of "How young is too young?" invariably comes up.

One of the best things about "An Education" -- in which the superb young actress Carey Mulligan plays a teenager in early '60s Britain who has an affair with a much older man, played by Peter Sarsgaard -- is that it never gets hung up on that question, even as it acknowledges the emotional consequences that either party might suffer in this kind of affair. The picture, made by Danish director Lone Scherfig ("Wilbur Wants to Kill Himself"), and adapted by Nick Hornby from a memoir by Lynn Barber, is for the most part refreshingly nonjudgmental: It prefers to treat a woman's entree into the world of adult love as a saga of mystery, adventure and possibly heartbreak, not as an event that needs to be scripted or legislated by her elders. The picture tacitly accepts that when it comes to first love, someone always gets hurt -- not necessarily because one party is taking unfair advantage, but because sex leaves us vulnerable, period.

Mulligan plays 16-year-old Jenny, a bright student who lives with her mother and father (played by Cara Seymour and Alfred Molina) in the suburbs of London. Her parents, as well as one of her teachers, Miss Stubbs (Olivia Williams, of "Dollhouse"), have high hopes for her: The plan is that she'll go to Oxford, and her father, in particular, orchestrates her life with that goal in mind. He doesn't even want her to practice the cello too much, seeing it as a diversion that isn't wholly necessary for academic success. Jenny finds solace lounging alone in her room, listening to French pop music -- the enormous, romantically sooty eyes of Juliette Greco stare out from one of the album covers scattered about her room -- and dreaming of a sophisticated, cultured life that's far beyond her reach.

And then she meets David (Sarsgaard), a fellow music lover who takes what is at first a rather harmless interest in her, even though it's clear he's approximately twice her age. He charms her parents into letting him take her to a concert. Before long, he's also taking her out to nightclubs with his upscale friends, Helen and Danny (Rosamund Pike and Dominic Cooper). David has money (although, it turns out, his line of work isn't particularly savory), and he knows how to enjoy it. Jenny thrives under his tutelage and in the glow of his attention. And to Jenny's delight, Helen, a cool blonde with a taste for fitted brocade and snowy furs, remakes her into a sophisticated gamine: Jenny loves flitting about London -- and, at one point, Paris -- in trim sheath dresses and Audrey Hepburn updos, a far cry from her usual schoolgirl gear.

Eventually, of course, there will be a crisis, and we'll learn that David isn't exactly what he seems -- or maybe the point is that he is exactly what he seems, and Jenny just can't see it. Either way, Scherfig treats the affair as a real relationship, not as a schoolgirl fantasy; she doesn't patronize her lead character by making her seem foolish or flighty. The point is that Jenny's desires are real -- they may be shallow or misguided, but that doesn't diminish their hold on her, and she's the one who has to work them out of her system.

Scherfig and Hornby understand that, which also frees the actors. Sarsgaard, in particular, has a challenging role. He's a handsome question mark; we know he's too good to be true, and deep down, Jenny probably does, too. The movie doesn't quite know what to do with him, and in the end, it makes him into the worst kind of coward -- when, really, he needs to be only a minor coward to make the story believable. Even so, he isn't an easy figure to pin down. David is Jewish, and he knows how to make money: The movie is clear about that fact. But that may not be so much a mark of anti-Semitism as it is of plainspoken emotional logic. The idea, I think, is that being Jewish in 1961 Britain is enough to put a chip on your shoulder. No wonder David is a social climber, aspiring to prove himself worthy of a certain class of people, or of a certain kind of girl who has more innate class than he does.

The love scenes between David and Jenny are sweet: David doesn't seem predatory so much as perpetually confused, and Jenny, despite her romantic expectations, is in many ways more realistically grounded than he is. The two do sleep together, and the sequence is handled delicately and intelligently -- Jenny may be inexperienced, but she's not a pushover. Scherfig takes care to make it clear that Jenny's choices are risky for the time in which she's living -- she doesn't frame Jenny as an anachronistic, pre-sexual-revolution heroine. At the same time, she doesn't pretend shock and dismay that young people actually had sex in the days before sexual liberation. Her approach doesn't treat sex as a novelty, but as a fact of life. And the movie is compassionate toward nearly all its characters: Helen, as the crisp and wonderful Pike plays her, looks like a class act, but she's dismayed by Jenny's attempts, awkward as they are, to speak French -- it's clear she doesn't have anything close to Jenny's smarts, and she hides her insecurity with a veneer of coolness.

Scherfig makes it easy to see why Jenny would be seduced by the life of culture and glamor that David offers. The movie, shot by John de Borman, shows London and Paris as beautiful, lavish playlands. It's pleasurable to watch Jenny enjoy herself in this newfound paradise: Mulligan has just the right blend of coltish awkwardness and ageless common sense. And although Jenny is clearly enjoying David's attentions, Mulligan makes us see that the character is always working hard to read the people around her. She wants to be in love, and she wants it to be easy; but there's always a shadow of uncertainty in Mulligan's eyes -- as inexperienced as Jenny is, she knows deep down that love can never be easy. And while the movie's conclusion may be a little too facile, it doesn't hold even a whiff of "I told you so" lecturing. Scherfig allows Jenny both her youthful joy and her dignity. And it allows that one of the bittersweet gifts of sexual adulthood is the freedom to make your own mistakes.