"Good Hair" gives it to us straight 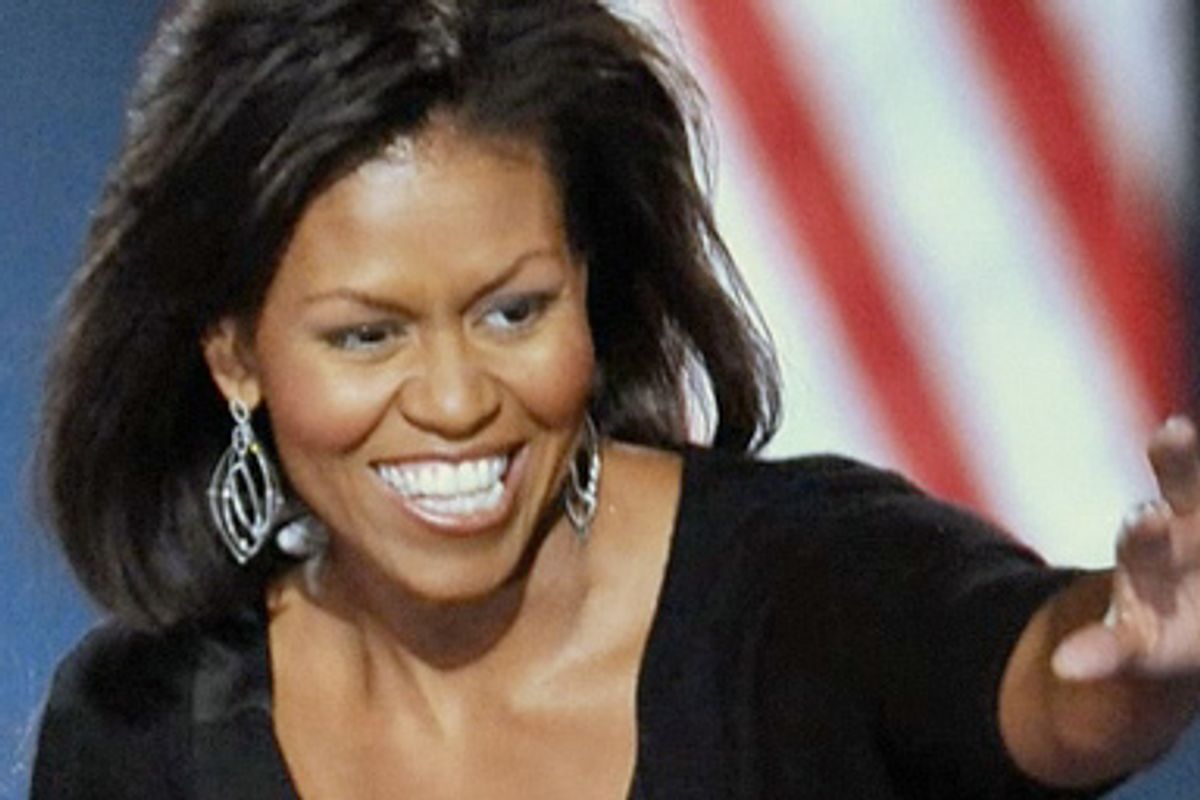 Chris Rock's "Good Hair" is one of those rare documentaries that works on two seemingly incongruous levels at once: It's both social commentary and pure delight. For African-Americans -- and that can include men as well as women -- hair is a fraught issue. Historically in black culture, the idea of black hair being "bad" hair isn't even an unspoken one: Hair that's smoother, shinier and silkier -- in other words, more like white hair -- is often the goal. It can take dangerous, potentially blinding chemicals, expensive extensions and time-consuming, inconvenient maintenance to straighten out the kinks, and, as Rock discovers, some parents start their offspring out on not-so-gentle "Kiddee Perms" when they're barely toddlers.

The director of "Good Hair" is stand-up comic and writer Jeff Stilson. Rock is the tour guide through this maze, exploring not just what it takes to get "good" hair, but what it means to want it. Rock explains that his own small daughters have already expressed dissatisfaction with their hair, and he wonders where that comes from. To find out, he visits the headquarters of Dudley Hair Products, in Greensboro, N.C., one of the country's largest producers of hair relaxer (or, as one of his interviewees calls it, "creamy crack"): Wearing a plastic hair covering and peering through giant, goofy goggles, he stirs a huge vat of the stuff with exaggerated exertion, proclaiming, "This'd last Prince a week!" He stuffs a clear plastic bag with tufts of African-American hair and peddles it around to various beauty-supply shops. (No one wants to touch the stuff.) And he quizzes the Rev. Al Sharpton about his own suave coif: Sharpton tells the story of how James Brown introduced him to the world of the conk (and also helped him get a national holiday named in honor of Martin Luther King).

Rock also interviews a number of actresses and performers -- including Nia Long, Tracie Thoms and Eve, as well as Cheryl James and Sandra Denton (aka Salt-n-Pepa) -- coaxing them into discussing the amount of time, care and money they've put into their hair over the years. Hair extensions can cost more than $1,000 for the labor alone (the price of the actual hair is extra), and the connection points at which the new hair is attached to the old can be delicate. That means hair-tugging (especially during sex) is a no-no. Stilson often turns the camera back on Rock as he's interviewing his subjects -- he listens carefully, with glowing eyes, taking in these revelations as if he were being entrusted with the greatest secrets of life itself. When actress Melyssa Ford explains, good-naturedly, that her hair is "a decoration -- leave it alone!" Rock processes the information and adds his own interpretation: "Like plastic fruit?"

That's just one measure of how Rock makes his points without scolding. He explains that the black hair-care products industry is dominated by white people and Asians -- they're making an awful lot of money off black people's anxiety over their hair. (He also travels to India, to trace the source of most of the human hair that's used for extensions in this country. What he finds is fascinating, and the getting there is pretty funny, too: At one point he rides, like a potentate, in a "taxi cab" that consists of a rickety wheeled platform being pulled by a bony bovine.) But Rock also points out that beauty and barber shops are viable sources of income for black businesspeople, as well as gathering places for gossip and conversation. And Sharpton reminds us that hair straightening itself is simply a part of black culture. If it's true, as one interviewee suggests, that white people feel less threatened by relaxed black hair, there's also the concurrent truth that everyone, regardless of color, likes to feel good about his or her hair. And if you have the time and money to get the hair you want, why not?

One thing Rock, as a guy, might not understand is that not all curly-wavy-kinky hair, regardless of the race of the person it belongs to, is the same. And keeping any hair "natural" can take a bit of work: Rock interviews actress Tracie Thoms (who appeared in Quentin Tarantino's "Death Proof"), who has the most beautiful head of tiny, perfectly formed corkscrew curls I've ever seen. Thank goodness she doesn't straighten it -- but I suspect she takes great care keeping it conditioned, too.

Regardless, Rock isn't out to chide people for the choices they make. And he allows himself to be the butt of a joke, too. When Maya Angelou, who is in her early 80s, tells him she didn't have her hair relaxed until she was about 70, he murmurs something about how she went "her whole life" without doing so. She counters mischievously, "Not my whole life, I'm still alive!" Rock laughs, a lot, during "Good Hair," which suggests he's having a great time. It also suggests that while he won't be dictatorial with his own daughters, he wants them to be happy with the hair they've got -- at least to the point of recognizing that good hair lies in the eye of the beholder.