What's with all the zombies? 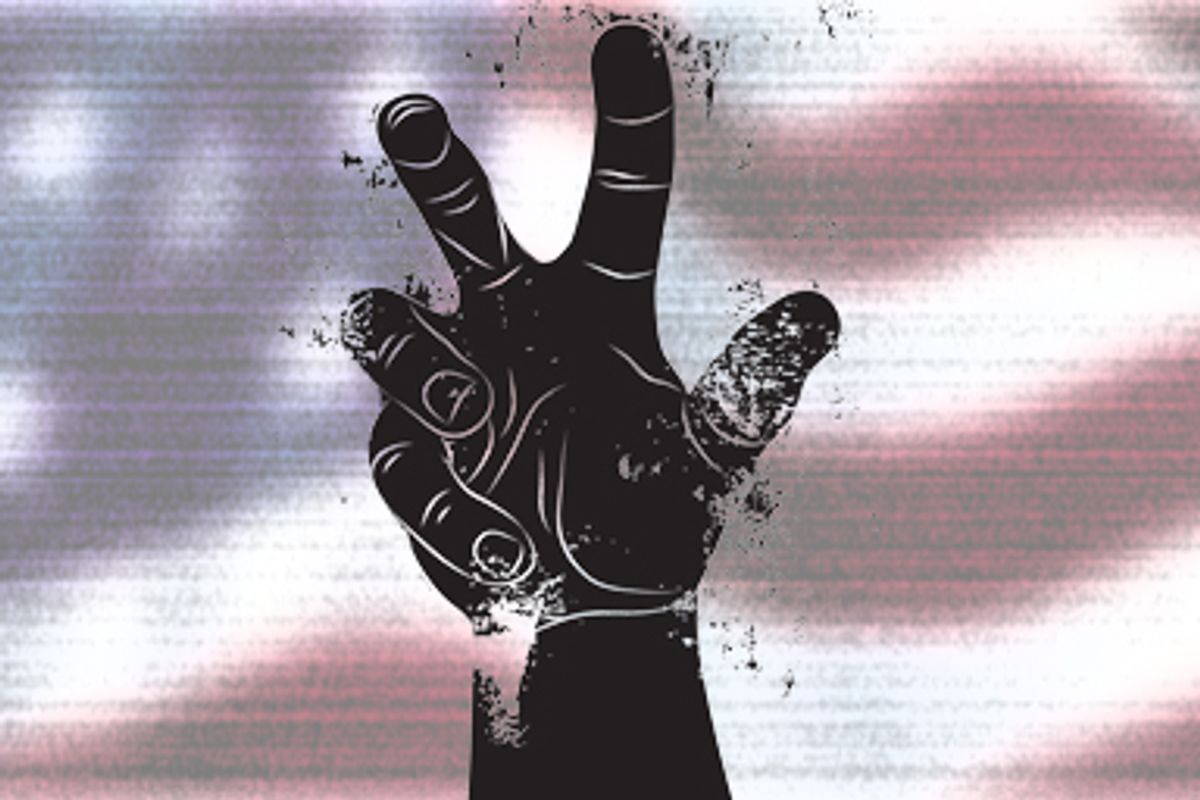 What's with all the zombies lately?

That could be a question about one of the hippest retro fads that pop culture has going these days. Inspired by horror genres of past, zombies have lurched back to preeminence in books like "World War Z," video games like "Left 4 Dead" and blockbuster films like "Zombieland." Even the highbrow producers at National Public Radio recently devoted a segment to a University of Ottawa study titled "Mathematical Modeling of an Outbreak of Zombie Infection." Indeed, the undead have become so popular, they've spurred "zombie walks" in cities and spawned Weird Al-ish parodies through Jane Austen knockoffs like "Pride and Prejudice and Zombies" and bands such as the Zombeatles (with their hit "Hard Day's Night of the Living Dead").

Frighteningly enough, though, that question about zombies could also be asked of America's political culture.

It was only a year ago that "zombie" first entered the colloquial economic lexicon during the collapse of the financial institutions that were cannibalizing the economy. From a balance-sheet perspective, many of these firms were dead. But they were quickly reanimated as zombie banks with trillions of taxpayer dollars.

Like a typical zombie outbreak, the initial plague spread.

On Wall Street, we have zombie executives -- those who destroyed the economy but nonetheless kept their same jobs and now continue paying themselves huge bonuses. At the White House, President Obama hired zombie advisors whose zombie economic ideologies and records manufacturing recession conditions should have killed their careers, but who now sit in high government office letting out moans in support of the zombie banks.

On Capitol Hill, the scene this Halloween season looks like Michael Jackson's "Thriller" video. Decrepit zombie politicians with the funk of 40,000 years stalk Congress with the very zombie lobbyists that the election was said to disempower. Lately, they are working in tandem to construct zombie health insurance companies -- for-profit corporations eternalized by public subsidies, customer mandates and almost no regulation or competition. At the same time, wars in Iraq and Afghanistan that should have already concluded keep plodding on with an unchanging zombie strategy -- all while media zombies push zombie myths about death panels and birth certificates, effectively feasting on the last functioning lobes of the American brain.

Call me a zombie pundit, but I agree with "World War Z" author Max Brooks' suggestion that the concurrent rise of zombie pop and political cultures is no coincidence.

"Zombies are an apocalyptic threat, we are living in times of apocalyptic anxiety (and) we need a vessel in which to coalesce those anxieties," he says.

In fact, I'll go out on a severed limb and take it further: If zombies specifically represent the apocalyptic downsides of immortalized mindlessness, then today’s zombie zeitgeist is not merely a result of scary quandaries created by stupidity. It is a reaction to both those problems and the sense that they can never be thwarted.

Here we are, a year after a financial implosion that should have driven a stake in the heart of free market fundamentalism. Here we are, a year after an election that was supposed to pour holy water on Wall Street vampires, exorcise the economy's demons and challenge the ancient mummies of neoconservative foreign policy. Yet here we are, with virtually nothing changed, watching the same zombie crises indomitably stumble forward.

And so what do we do? We flee to entertainment venues that let us enjoy the campy thrill of confronting the undead -- even though we've lost the ability to do that in real life.

"The zombie is a way for us to explore massive disasters in a safe way," Brooks says. "You can't shoot the financial meltdown in the head, but you can do that with a zombie."