Critics' Picks: How to improve your personality! 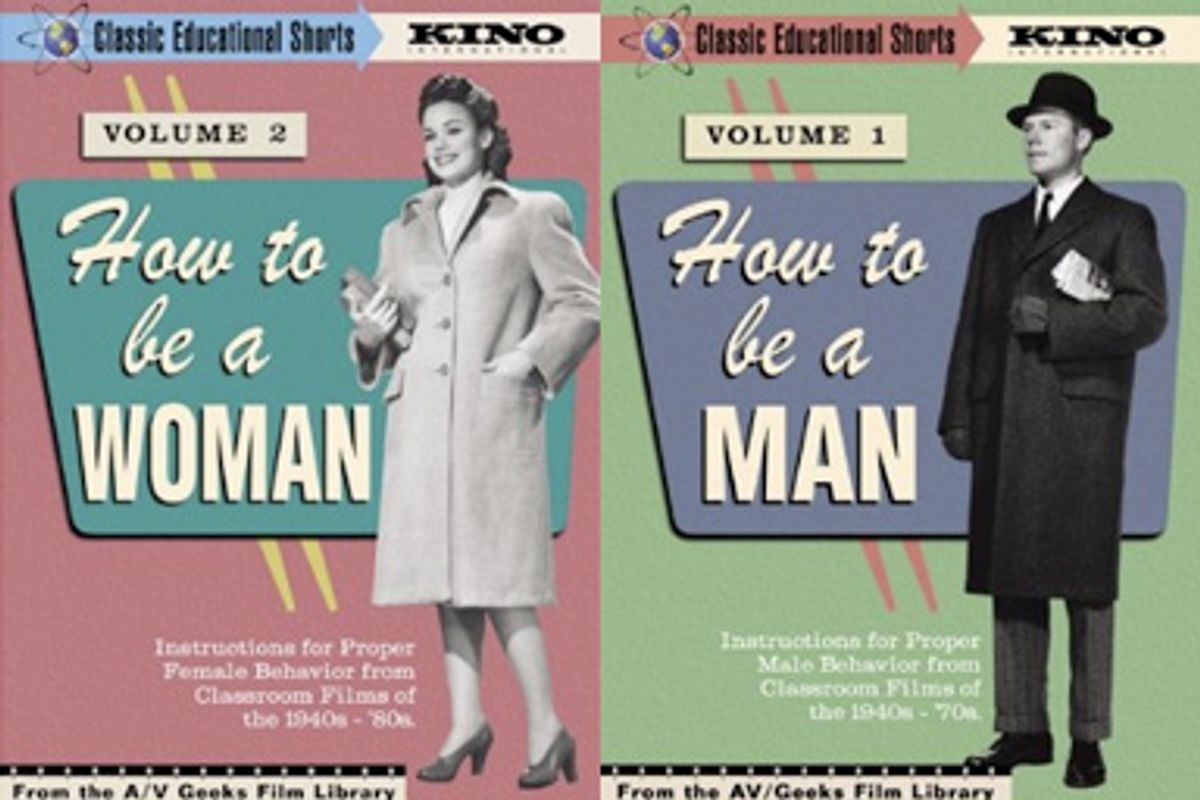 Once upon a time, the film projector was the teaching tool of the future. Schools all over the country purchased the temperamental, whirring machines, prompting a flood of educational shorts that offered instruction on everything from personal hygiene to sandwich making.

Kino International has just released the best of the bunch on two DVDs, titled “How to Be a Man” (1949-1970) and “How to Be a Woman" (1948-1982), and many are as cringe-worthy as you might expect. In the hilariously hyperbolic cautionary tale "Car Theft," two teens go from stealing a hat to stealing a car to running over a toddler in about 11 minutes. In "Girls Are Better Than Ever," a nutritional video sponsored by the Milk Council, a voice-over describes a young, healthy-looking blond woman who is “worth looking at.” In "Dance, Little Children," which explores a small Midwestern town's syphilis outbreak, a narrator whose creepy intensity wouldn't be out of place in a horror film asks, “Who is to blame if young people respond to what an anxiety-ridden world seems to be telling them?” as the camera zooms in on the posterior of a girl dancing the jitterbug.

But a surprising number of the featured shorts stand the test of time. "Fears of Children," in which a 5-year-old boy is coddled by his mother and pressured by his father, ought to be required viewing for every parent. "Improve Your Personality," despite its egregious name, explains how we can change the way people affect us by improving our own understanding and empathy.

As Skip Elsheimer, the man responsible for archiving these films (and whose online collection of vintage television commercials will make your day), explains in a couple of fascinating interviews on the discs, “[These films] seem conservative … but they’re talking about very forward-thinking things. They realized … the parents are not responsibly teaching the kids about these issues.”

Viewed this way, these educational shorts are more than a campy throwback to a time when sex ed videos featured silhouettes of women with bobs and men in fedoras. They are historical documents, insights into the fears and hopes of earlier generations. "Let’s Make a Sandwich" isn’t just a film about how to make an open-faced tuna melt; it's an illustration of the belief that a woman who couldn’t make a sandwich in 1950 would never find a husband. Now that’s educational.

Tommy Wallach's work has appeared in McSweeney's, Tin House, and The Huffington Post. His occasionally updated blog can be found at http://www.tommywallach.com.