Conservatives may be mangling the Scriptures, but the Mountain Goats' musical take on the Good Book is inspired 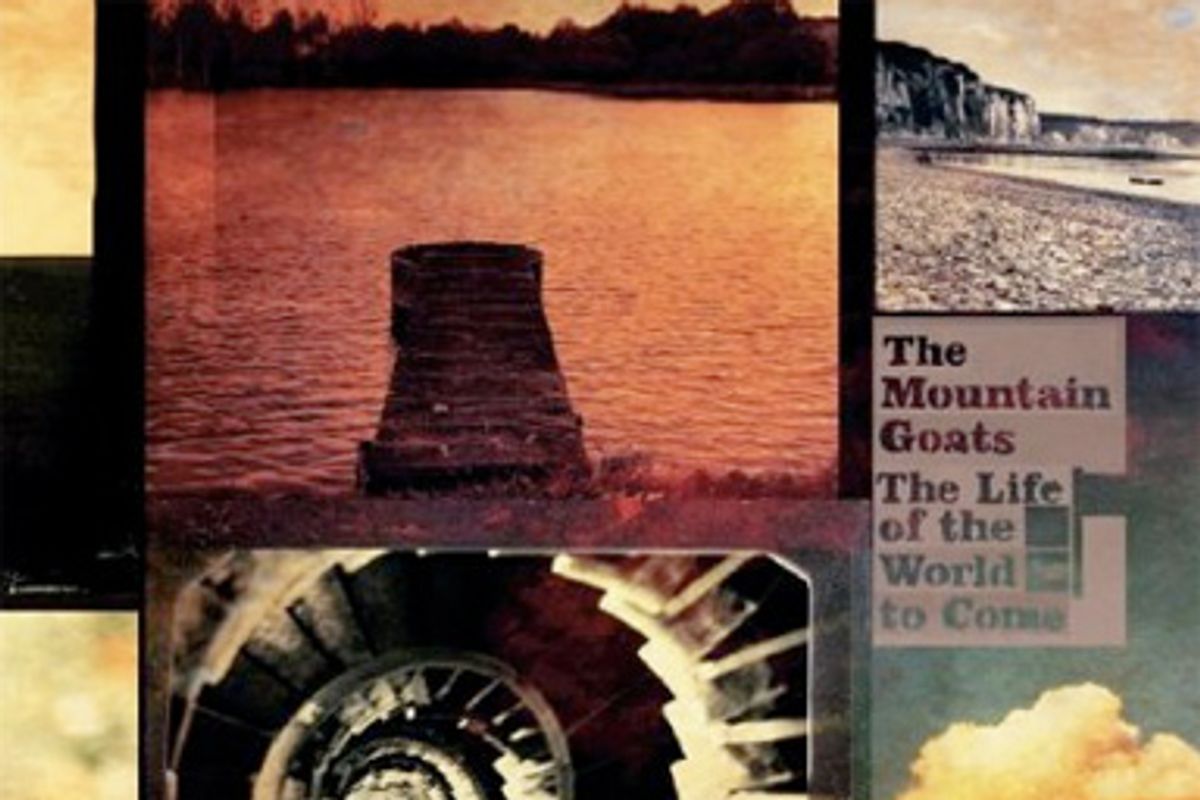 The way the folks at Conservapedia see it, nothing is safe from lefty meddling. Hell, they even have to rewrite the Bible, with its hippie Jesus and Marxist critiques of wealth and greed! Thankfully, a new album reminds us that wingnuts don't have a monopoly on biblical revisionism. The Mountain Goats' sole songwriter (and sometimes sole member), John Darnielle, may be what fan Stephen Colbert called an "arty liberal type," but the prolific indie-folk band has nonetheless turned its attention to the Scriptures on "The Life of the World to Come."

Darnielle claims he’s always been fascinated by religious texts, but up until now more secular fixations have dominated his music: Ruptured relationships, literary heroes and his own difficult childhood are among the most common subjects of nearly two decades’ worth of studiously lo-fi Mountain Goats songs. And, as a die-hard black metal fan who, last year, published a short novel based on Black Sabbath’s "Master of Reality," Darnielle may seem a particularly unlikely candidate to explore the spiritual.

It makes sense, then, that "The Life of the World to Come" isn't a straight take on the Bible. You'll find no retellings of Moses' escape from Egypt or Jesus’ Sermon on the Mount here. Darnielle, who is quick to assure fans that he hasn't undergone some kind of radical conversion, is merely enamored with biblical language and imagery. Sometimes he borrows lines or words from the text: Gently upbeat "Romans 10:9" plucks from its source material the exhortation to "Believe in your heart, and confess with your lips," but its conclusion -- "Surely you will be saved one day" -- sounds shakier, more uncertain that salvation is even possible. Often, the connection between Bible and ballad is less obvious. On the whispery guitar track "Samuel 15:23," Darnielle transforms a diatribe against rebellion and arrogance into the fantastical tale of a crystal healer.

The Mountain Goats are best known for raucous yet deeply bleak singalongs (a favorite of the band’s cultish fans is "No Children," whose shouted chorus climaxes with the words, "I hope you die! I hope we both die!"), but on "The Life of the World to Come" they make hushed piano dirges equally absorbing. And even though the songs sound more restrained than usual, they remain obsessed with perennial Mountain Goats themes of illness, death, redemption and escape. As it turns out, the non-believing songwriter and the text that launched two ancient religions have more in common than meets the eye. That's what makes "The Life of the World to Come" a much-needed reminder, to us godless liberals, of the Bible's beauty and power -- even if we only love it as literature.