Betty Draper gets a boob job? 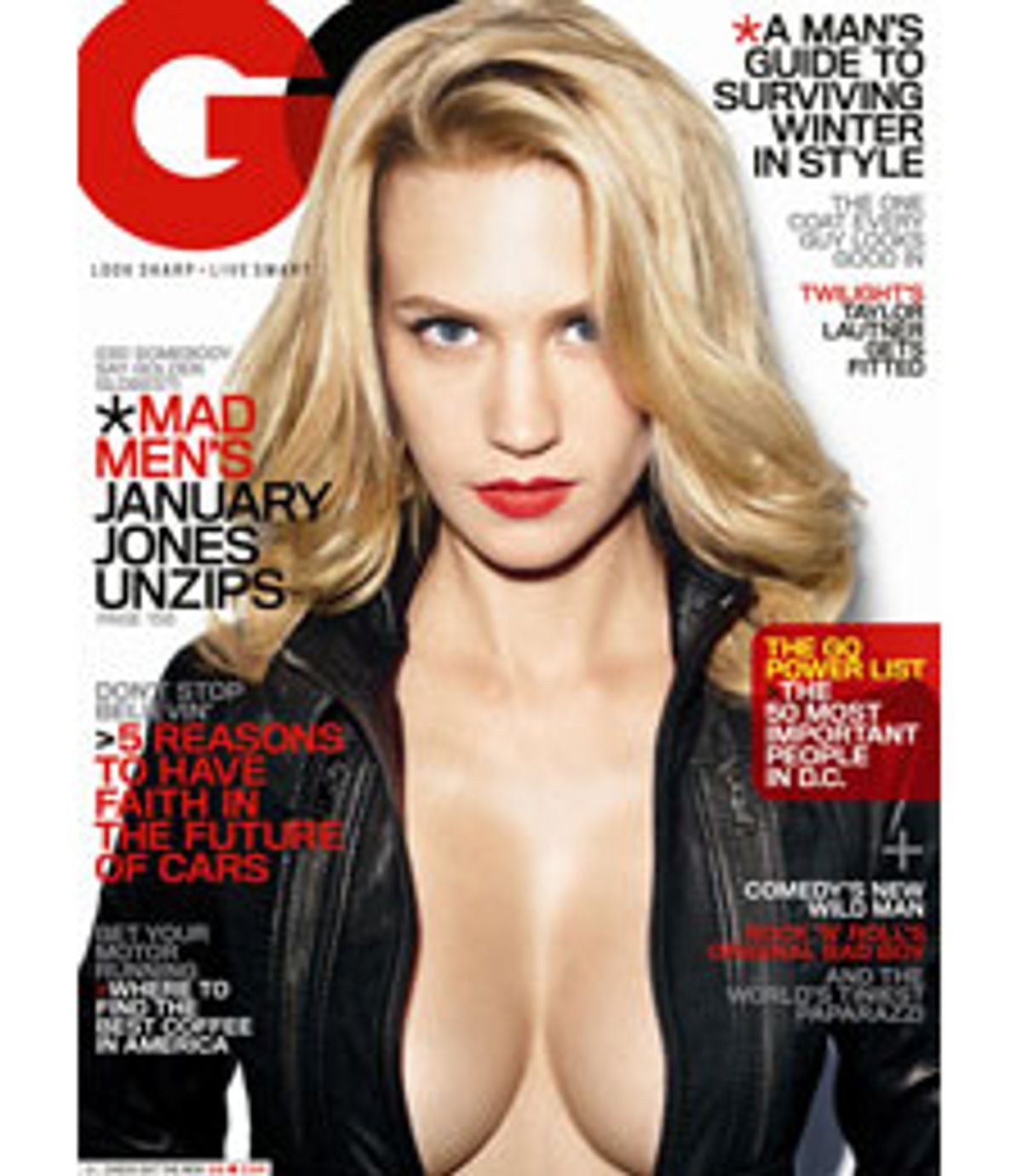 Whoah, Betty Draper has got some major double D's -- and I'm not referring to her "depression" and "dissatisfaction." On the cover of its November issue, it appears GQ has given January Jones, the talented actress who plays "Mad Men's" matriarch, a most unfortunate makeover, slapping Pamela Anderson-size breasts on her delicate frame. She's been transformed from a bored '60s housewife into a cast member of "Real Housewives of Orange County." It's buh-bye, Betty; hello, blowup doll. If the image isn't heavily Photoshopped, then Mrs. Draper's been more corseted than the closeted Sal. Jones has a rocking body, there's no doubt about that, but she does not have porno boobs. Don't believe me? Click here.

A little retouching is OK, it's expected. But morphing a natural beauty like Jones -- an image of absolute porcelain perfection if there ever was one -- into a plastic, porny cover model is pathetic. The same could also be said for GQ acting like Maxim, its infantile companion on the magazine rack. Come on, guys, you're better than that.