Why a recent study on declining female happiness really stinks 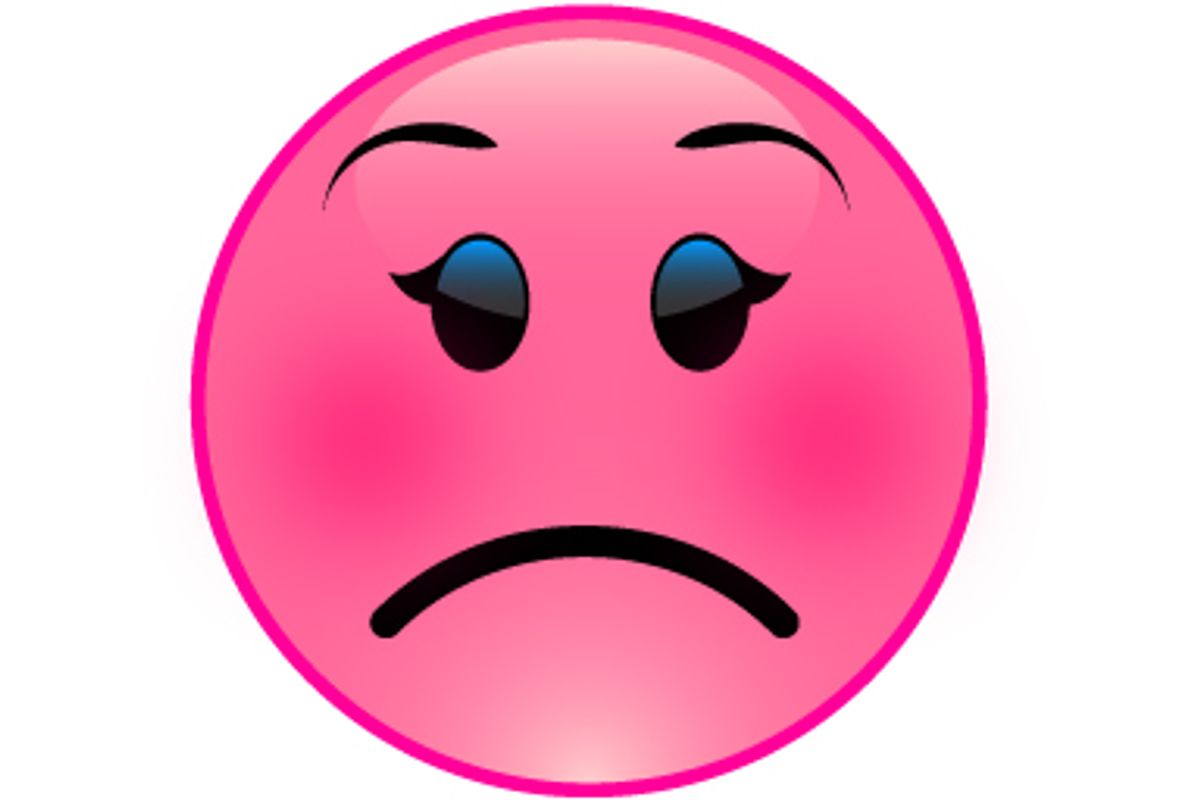 Feminism made women miserable. This, anyway, seems to be the most popular takeaway from "The Paradox of Declining Female Happiness," a recent study by Betsey Stevenson and Justin Wolfers, which purports to show that women have become steadily unhappier since 1972. Maureen Dowd and Arianna Huffington greeted the news with somber perplexity, but the more common response has been a triumphant: I told you so.

On Slate's DoubleX Web site, Christine Rosen concluded from the study that "the feminist movement of the 1960s and 1970s gave us a steady stream of women's complaints disguised as manifestos … and a brand of female sexual power so promiscuous that it celebrates everything from prostitution to nipple piercing as a feminist act -- in other words, whine, womyn, and thongs." Or as Phyllis Schlafly put it, more soberly: "[T]he feminist movement taught women to see themselves as victims of an oppressive patriarchy in which their true worth will never be recognized and any success is beyond their reach ... [S]elf-imposed victimhood is not a recipe for happiness."

But it's a little too soon to blame Gloria Steinem for our dependence on SSRIs. For all the high-level head-scratching induced by the Stevenson and Wolfers study, hardly anyone has pointed out (1) that there are some issues with happiness studies in general, (2) that there are some reasons to doubt this study in particular, or (3) that, even if you take this study at face value, it has nothing at all to say about the impact of feminism on anyone's mood.

For starters, happiness is an inherently slippery thing to measure or define. Philosophers have debated what it is for centuries, and even if we were to define it simply as a greater frequency of positive feelings than negative ones, when we ask people if they are happy, we are asking them to arrive at some sort of average over many moods and moments. Maybe I was upset earlier in the day after I opened the bills, but then was cheered up by a call from a friend, so what am I really?

In one well-known psychological experiment, subjects were asked to answer a questionnaire on life satisfaction, but only after they had performed the apparently irrelevant task of photocopying a sheet of paper for the experimenter. For a randomly chosen half of the subjects, a dime had been left for them to find on the copy machine. As two economists summarize the results: "Reported satisfaction with life was raised substantially by the discovery of the coin on the copy machine -- clearly not an income effect."

As for the particular happiness study under discussion, the red flags start popping up as soon as you look at the data. Not to be anti-intellectual about it, but the raw data on how men and women respond to the survey reveal no discernible trend to the naked eyeball. Only by performing an occult statistical manipulation called "ordered probit estimates" do the authors manage to tease out any trend at all, and it is a tiny one: "Women were one percentage point less likely than men to say they were not too happy at the beginning of the sample [1972]; by 2006 women were one percentage more likely to report being in this category." Differences of that magnitude would be stunning if you were measuring, for example, the speed of light under different physical circumstances, but when the subject is as elusive as happiness -- well, we are not talking about paradigm-shifting results.

Furthermore, the idea that women have been sliding toward despair is contradicted by the one objective measure of unhappiness the authors offer: suicide rates. Happiness is, of course, a subjective state, but suicide is a cold, hard fact, and the suicide rate has been the gold standard of misery since sociologist Emile Durkheim wrote the book on it in 1897. As Stevenson and Wolfers report -- somewhat sheepishly, we must imagine -- "contrary to the subjective well-being trends we document, female suicide rates have been falling, even as male suicide rates have remained roughly constant through most of our sample [1972-2006]." Women may get the blues; men are more likely to get a bullet through the temple.

Another distracting little data point that no one, including the authors, seems to have much to say about is that, while "women" have been getting marginally sadder, black women have been getting happier and happier. To quote the authors: "happiness has trended quite strongly upward for both female and male African Americans … Indeed, the point estimates suggest that well-being may have risen more strongly for black women than for black men." The study should more accurately be titled "The Paradox of Declining White Female Happiness," only that might have suggested that the problem could be cured with melanin and Restylane.

But let's assume the study is sound and that (white) women have become less happy relative to men since 1972. Does that mean that feminism ruined their lives?

Not according to Stevenson and Wolfers, who find that "the relative decline in women's well-being ... holds for both working and stay-at-home mothers, for those married and divorced, for the old and the young, and across the education distribution" -- as well as for both mothers and the childless. If feminism were the problem, you might expect divorced women to be less happy than married ones and employed women to be less happy than stay-at-homes. As for having children, the presumed premier source of female fulfillment: They actually make women less happy.

And if the women's movement was such a big downer, you'd expect the saddest women to be those who had some direct exposure to the noxious effects of second-wave feminism. As the authors report, however, "there is no evidence that women who experienced the protests and enthusiasm in the 1970s have seen their happiness gap widen more than those women who were just being born during that period."

What this study shows, if anything, is that neither marriage nor children make women happy. (The results are not in yet on nipple piercing.) Nor, for that matter, does there seem to be any problem with "too many choices," "work-life balance" or the "second shift." If you believe Stevenson and Wolfers, women's happiness is supremely indifferent to the actual conditions of their lives, including poverty and racial discrimination. Whatever "happiness" is ...

So why all the sudden fuss about the Wharton study, which first leaked out two years ago anyway? Mostly because it's become a launching pad for a new book by the prolific management consultant Marcus Buckingham, best known for "First, Break All the Rules and Now, Find Your Strengths." His new book, "Find Your Strongest Life: What the Happiest and Most Successful Women Do Differently," is a cookie-cutter classic of the positive-thinking self-help genre: First, the heart-wrenching quotes from unhappy women identified only by their e-mail names (Countess1, Luveyduvy, etc.), then the stories of "successful" women, followed by the obligatory self-administered test to discover "the role you were bound to play" (Creator, Caretaker, Influencer, etc.), all bookended with an ad for the many related products you can buy, including a "video introduction" from Buckingham, a "participant's guide" containing "exercises" to get you to happiness, and a handsome set of "Eight Strong Life Plans" to pick from. The Huffington Post has given Buckingham a column in which to continue his marketing campaign.

It's an old story: If you want to sell something, first find the terrible affliction that it cures. In the 1980s, as silicone implants were taking off, the doctors discovered "micromastia" -- the "disease" of small-breastedness. More recently, as big pharma searches furiously for a female Viagra, an amazingly high 43 percent of women have been found to suffer from "female sexual dysfunction," or FSD. Now, it's unhappiness, and the range of potential "cures" is dazzling: Seagrams, Godiva and Harlequin, take note.