Want proof that journalism has devolved into entertainment? Watch "the communications arm of the Republican Party" 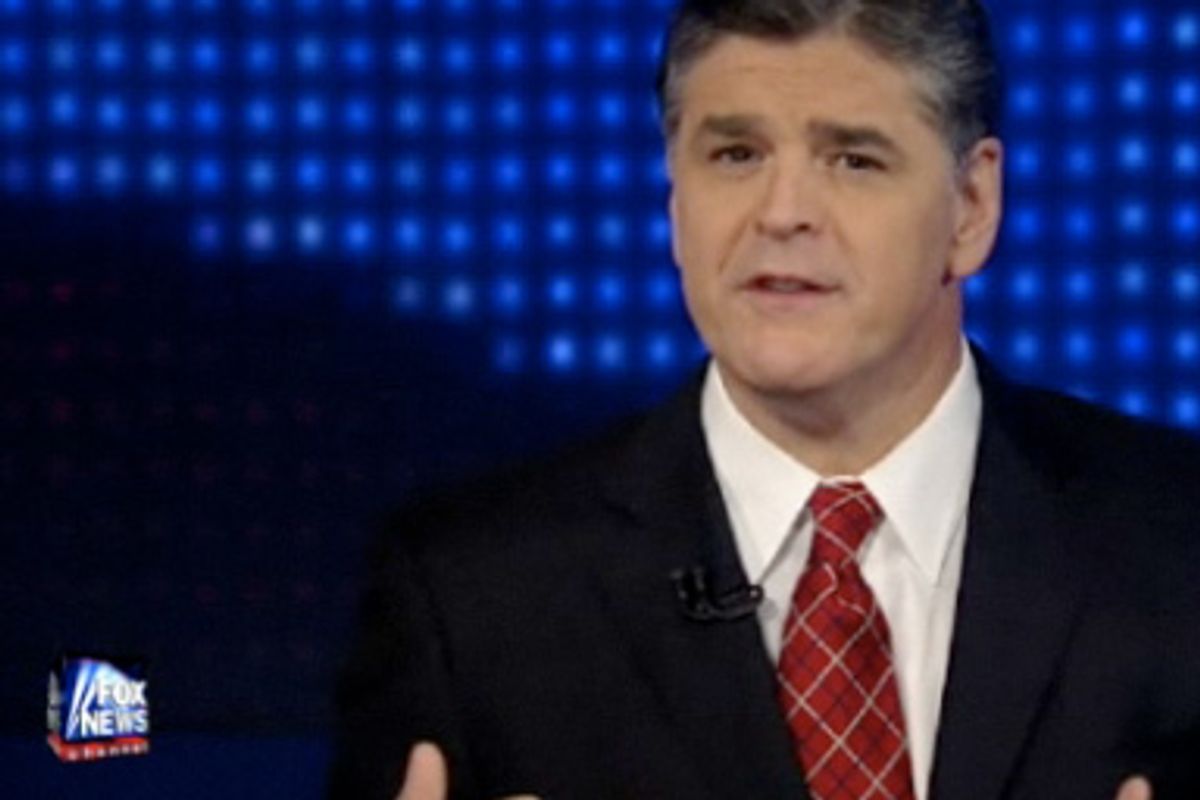 In theory, the national news media function in a free market of ideas: a self-regulating, relentless quest for what the old Superman comics called “Truth, Justice, and the American way.” (Actually, Clark Kent’s newspaper-reporter disguise strikes contemporary audiences as a sentimental anachronism. Today, he’d be a rogue cop or a CIA operative.)

In practice, Washington political journalism has become a subdivision of the entertainment industry: its best-known practitioners are second- and third-tier TV stars, and news itself a form of politicized “infotainment.” Even lowly print reporters and pundits can greatly improve their incomes by appearing on programs like “Hardball” and copping an attitude.

Chasing audiences and advertising dollars, corporate media seek to tell target demographics the kinds of stories those audiences want to hear. Nobody who watched CNN cover Michael Jackson’s death 24/7, for example, could imagine otherwise. For weeks at a time, only BBC America provided a halfway reliable window on the outside world — a hell of a note.

The boldest innovator, however, has been Fox News. Since President Obama’s election, the cable news channel has dropped all but the barest pretense of objectivity. Billing itself as “fair and balanced,” Fox has turned itself into what White House communications director Anita Dunn recently called “the research arm or the communications arm of the Republican Party.”

Actually, that’s an extremely polite way of putting it. It’s closer to Orwell’s “Ministry of Truth.” Fox openly promotes “Tea Parties” and other political demonstrations; it portrays every perceived White House defeat, such as Chicago’s failure to secure the 2016 Olympic Games, as a victory for something called “Fox Nation.”

“Obama Triples Budget Deficit to $1.4 Trillion,” reads a typical headline on the Fox Web site. In reality, the Congressional Budget Office projected the fiscal 2009 deficit at $1.2 trillion before Obama took office. Media Matters for America has compiled an encyclopedic list of similar absurdities.

“Doublethink,” Orwell called it: the ability to “hold simultaneously two opinions which canceled out, knowing them to be contradictory and believing in both of them.” So it is with “Fox Nation” and “fair and balanced.”

According to an NBC News/Wall Street Journal poll, “72 percent of self-identified FOX News viewers believe the health-care plan will give coverage to illegal immigrants, 79 percent of them say it will lead to a government takeover, 69 percent think that it will use taxpayer dollars to pay for abortions, and 75 percent believe that it will allow the government to make decisions about when to stop providing care for the elderly.”

Almost needless to say, all of these things are categorically false. The “death panels” falsehood, for example, was invented by serial misinformer Betsy McCaughey (financed by the right-wing Manhattan Institute with money from tobacco giant Philip Morris), amplified by Sarah Palin, and then broadcast day and night by Fox News. And so it goes, day after day.

Appearing on CNN’s “Reliable Sources,” the White House’s Dunn made it clear that the Obama administration intends to deal with the network as a political enemy. “We’re going to treat them the way we would treat an opponent,” she subsequently told The New York Times. “As they are undertaking a war against Barack Obama and the White House, we don’t need to pretend that this is the way that legitimate news organizations behave.”

As feckless and cowardly as the so-called “mainstream” media have grown in the face of conservative propaganda about “liberal media bias,” this strikes me as very good news. Something like it ought to have been done as long ago as President Clinton’s first term. For the better part of a generation, Democrats have conducted themselves as if they expected Superman himself to come flying in the window to save them.

Instead, they got Clark Kent: timorous poltroons like Newsweek’s former editor Evan Thomas, who last week acknowledged in a book review that “the media’s obsession with Whitewater seem(s) excessive in retrospect.” This 16 years after Jeff Gerth’s incoherent New York Times articles kicked off the longest-running shaggy-dog story in the history of American journalism. So how many cover stories did Newsweek run touting Kenneth Starr’s fruitless investigation?

The facts were available back then, but the fearless crusaders of the so-called liberal media mostly played follow-the-leader or ran and hid. For an irreverent take on CNN’s performance, read John Camp’s raucous memoir “Odyssey of a Derelict Gunslinger.” The veteran investigative correspondent tried to persuade his superiors that Whitewater was a hoax but got nowhere.

Providentially, the Obama administration appears to grasp that Rupert Murdoch’s minions may inadvertently have done them a big favor. By taking sides so brazenly, Fox has gained audience share at the expense of turning itself into a big fat political target. The establishment political press is far too timid and clubby to have made this discovery on its own.

But if the White House says something, they have to cover it.