Louisiana official not a racist, just opposes "mixing the races that way" 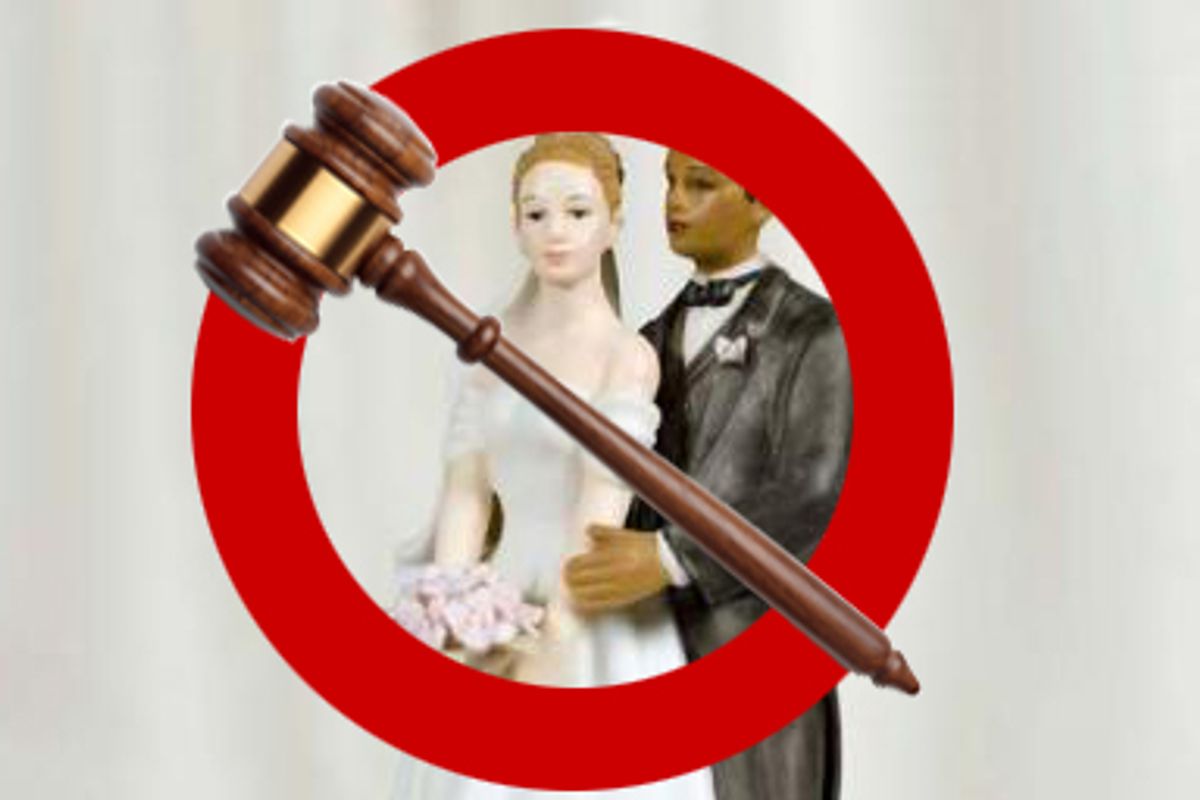 I have checked, and this is not a story from The Onion. Apparently, Keith Bardwell, a Louisiana justice of the peace, actually refuses to officiate marriages of interracial couples. Bardwell says he opposes interracial marriages because multiracial children "suffer" (yeah -- from bigots like Bardwell).

Bardwell also offers one of the most amusing versions of "I'm not a racist but... " Bardwell says that:

I'm not a racist. I just don't believe in mixing the races that way ... I have piles and piles of black friends. They come to my home, I marry them, they use my bathroom. I treat them just like everyone else.

Colored people can use his bathroom, but they are unfit to marry whites. Good one, Bardwell. And the "piles and piles" imagery is not flattering.

The court also rejected the specious assertion -- which Bardwell has also made -- that banning interracial marriage did not discriminate on the basis of race because neither blacks nor whites could marry outside their race. Banning interracial marriage, however, prohibited blacks from doing something that whites could do (that is, marry whites) and vice versa. Also, the court held that the laws were designed to foster white racial purity -- not to promote racial equality. Someone needs to bring Bardwell up to speed -- fast!

Better yet -- the state should take steps to remove Bardwell from his position. Apparently, the ACLU is already working to get him fired. Bardwell, however, says he will resign before he changes his policy. Given his archaic views on race, Bardwell's resignation is probably the best possible outcome.

UPDATE: New information has emerged in this case. According to USA Today:

Bardwell, who has been a JP for 34 years, says the state attorney general told him years ago that he would eventually get into trouble for not performing interracial marriages ... "I told him if I do, I’ll resign. . . .I have rights too. I’m not obligated to do that just because I’m a justice of the peace."

Apparently, the state's chief law enforcement official knew that a judicial officer was engaging in racial discrimination but did nothing about it.