Elizabeth Taylor: How to Be a Movie Star 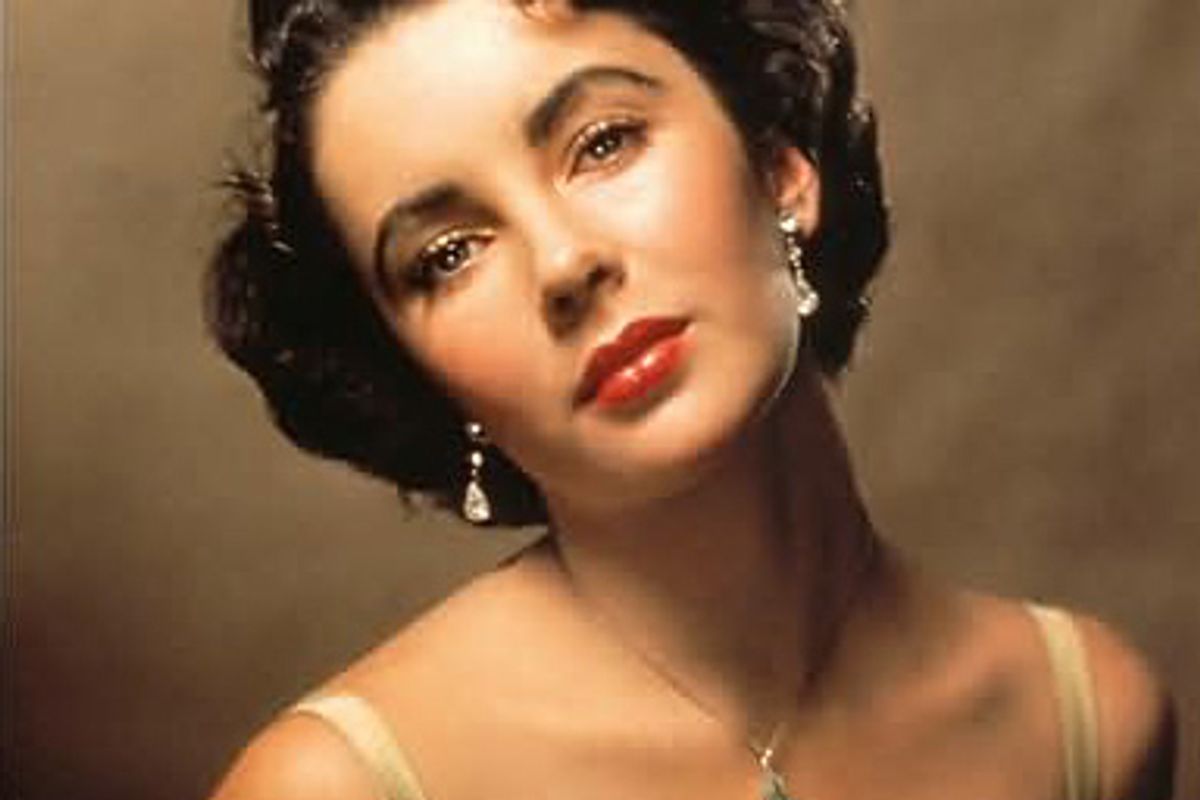 "Elizabeth Taylor" was one of the answers during a high-speed round of the party game Celebrities I played recently. The player had seconds to get his team to guess her name, and the first thing that popped out of his mouth was, "She twittered her heart surgery." The clue worked, but afterward we clucked over it: Not "National Velvet," not "Cleopatra," not "Who's Afraid of Virginia Woolf?" but Twitter? Poor Elizabeth Taylor. We were ashamed of ourselves.

According to William J. Mann, Taylor's latest biographer, we probably shouldn't have been. "How to Be a Movie Star: Elizabeth Taylor in Hollywood

," argues that, despite Taylor's half-dozen or so legendary on-screen roles -- including her Oscar-winning portrayal of a posh call girl in "Butterfield 8" -- the instrument she truly mastered was celebrity itself. That she's nabbed a few more headlines by communicating directly with her fans using the latest technology only demonstrates that she hasn't lost her touch.

Raised in the studio system at a time when stars' images, careers and personal lives were approved and manufactured by potentates like MGM head Louis B. Mayer, Taylor, as Mann sees it, ushered in a new age of candor and independence. The studio had groomed her as an idealized, sensual but sweet beauty, and then she went out and stole Debbie Reynolds' husband, Eddie Fisher, launching a scandal that obsessed the popular press for the better part of the late 1950s. (The infamy of that romantic triangle puts the Aniston-Brangelina soap opera in the shade.) Cast as "cruel and heartless as a black widow spider" (in the words of gossip columnist Hedda Hopper, her one-time sponsor and later nemesis), Taylor didn't entirely recover the public's favor until 1960, when she was hospitalized with "Malta fever" in London and reportedly hovered near death.

No sooner had she won back her fans than Taylor shocked them again by jettisoning Fisher and taking up with her married "Cleopatra" costar, Richard Burton, in Rome. This time, rather than lying low, as Taylor had at the beginning of the Fisher affair, she and Burton commenced "flaunting" their adultery on the Via Veneto, "seeming to revel in the headlines and round-the-clock publicity." They received anonymous death threats, and a congresswoman from Georgia tried to have them barred from reentering the United States, but Taylor brazened it out. In a way, it was the beginning of the sexual revolution. "I try not to lie," she told a reporter. "I can't be hypocritical just to protect my public." Long after Taylor and Burton married in 1964, the couple continued to draw mobs of fans and gawkers wherever they went, becoming among the first targets of the paparazzi's new telephoto lenses.

Elizabeth Taylor books abound, and while Mann's eminently yummy entry is pretty much everything you'd want in a Hollywood biography, it's not a whole lot more, either. What does make "How to Be a Movie Star" distinctive is its focus on the changing nature of personal fame as embodied by a woman whose life has consisted of one superlative after another. Married eight times and enduring a string of health crises, Taylor was not only the last classic movie star and the first actress to be paid a million dollars a picture, but at various times regarded as the most beautiful and the most famous woman in the world. Mann has obtained some previously untapped material from the supporting figures in her spectacular life, making particularly good use of Hedda Hopper's files as he casts the columnist as the embodiment of old Hollywood, alternately courting and denouncing "that slut" who defied it.

The most enjoyable chapters in "How to Be a Movie Star" describe the media circus of the Reynolds-Fisher scandal. Debbie Reynolds, working her girl-next-door image for all it was worth, played the abandoned wife and mother to Taylor's shameless homewrecker, capitalizing on the barely submerged domestic anxieties of the 1950s. In reality, Fisher's marriage to Reynolds had been arranged by MGM and had always been loveless. (Their daughter, Carrie Fisher, described the relationship as "basically a press release.") Posing for photographers with diaper pins on her blouse and tears in her eyes, Reynolds gave the performance of a lifetime; as one columnist later observed, "Debbie has more balls than any five guys I've ever known. She pretends to be sweet and demure, but at heart she's as hard as nails." Refusing to submit to the studio's management of the story, Taylor deployed her own press agent to portray her as a devotee of true love. It was the first Hollywood scandal in which dueling versions of the story were presented to the public for vetting, a recipe for endless coverage. Instead of poleaxing the release of "Cat on a Hot Tin Roof" (with Taylor playing a sex-starved hussy in a lacy slip), as the studio had feared, the controversy made it a smash hit.

As a pioneer for the Madonnas and Lindsay Lohans of today, women whose personal lives occupy more of the public imagination than does their creative work, Taylor comes across as remarkably sympathetic and uncomplicated. For all her temperament, narcissism and hedonism, she was never driven or insecure. She didn't seek applause as a balm for deeper wounds, like Judy Garland or Marilyn Monroe; her fame was forged by others rather than the object of her own ambition. She didn't much like making movies, though she'd occasionally pull out the stops when the project suited her whims. What she really wanted was to lounge around on yachts and in luxury hotels, chowing down on fried chicken with "lots of gravy" and waking up to a Tiffany's box on her pillow on a fairly regular basis. Acting, fame and a few of her marriages were little more than means to those ends.

It's a truth universally acknowledged that the less someone needs your love, the more lovable they appear, and so it has been with Elizabeth Taylor. The Wife of Bath wrapped in a mink coat, she was foul-mouthed and hard-drinking, addicted to diamonds and drawn to other women's husbands, but she has a good heart, as both her respectful treatment of blue-collar film crew workers and her AIDS activism testify. "I don't pretend to be an ordinary housewife," she once said, mostly because she didn't care enough about what other people thought to pretend anything. Yet, despite the CinemaScope dimensions of her life, in her red-blooded appetites she probably has more in common with the average American woman than many of the celebrities currently being touted as "just like us." Endearingly, she devoted more of her Twitter feed to drumming up support for Kathy Ireland on "Dancing With the Stars" ("beauty in action and grace which is what that lady is all about") than to her own surgery. And, as always, she survived.