A big part of Democrats' strategy for passing a bill went down to defeat, but Congress moved against insurers 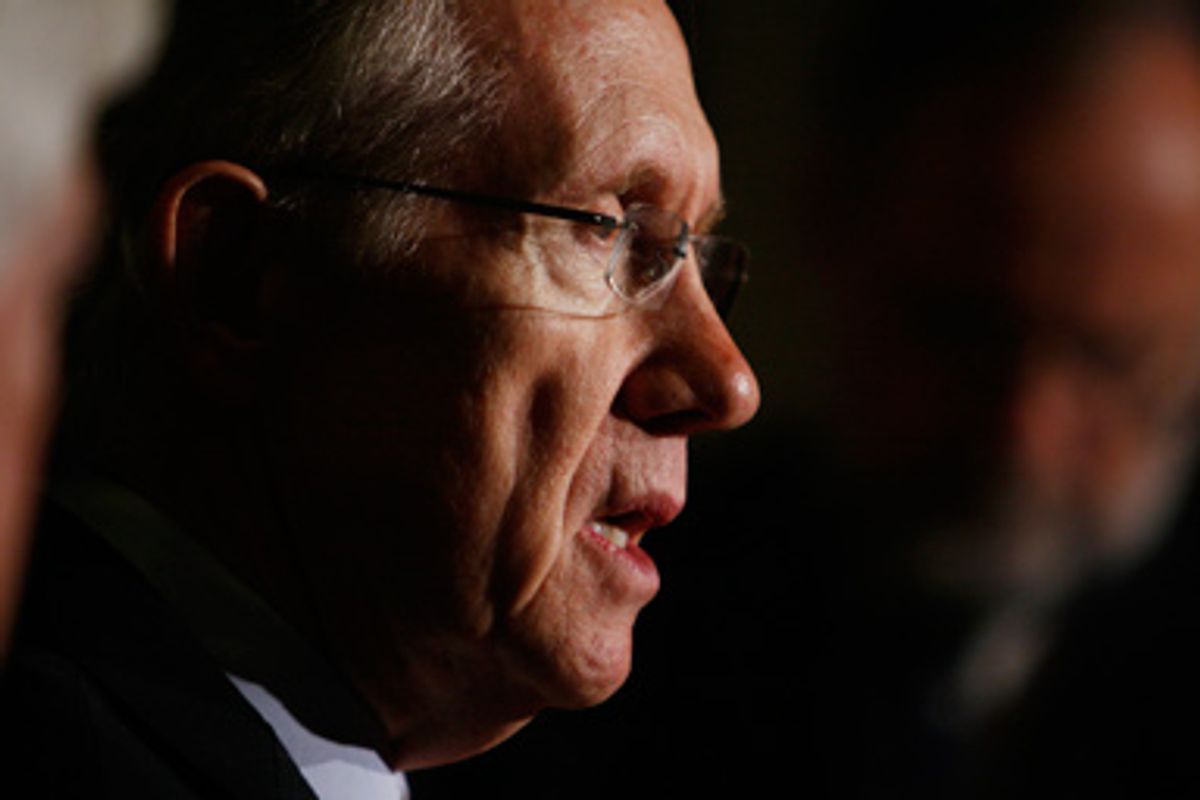 For a little while, it seemed like Senate Majority Leader Harry Reid was in an enviable situation. Doctors want to avoid seeing a cut in the rates that Medicare pays them, and he wants doctors to get on board with Democratic proposals for healthcare reform. So he struck a deal: A 10-year freeze on the Medicare payments cut, which was mandated in a 1997 law, in exchange for support from doctors' groups. The optics were pretty bad -- the word "bribe" was getting tossed around quite a bit, and wasn't wholly without merit --  but everyone would come away happy.

But on Wednesday, the deal fell apart. According to Reid, the American Medical Association promised that it would get him 27 Republican votes for the freeze bill. That didn't happen, though -- not even close. The bill went down to defeat, with Democrats unable to muster the 60 votes needed to force an up-or-down vote; indeed, they couldn't even get a majority. Only 47 senators, all Democrats with the exception of Sen. Bernie Sanders, I-Vt., voted in favor of cloture. 12 Democrats voted against, as did all the Republicans and Sen. Joe Lieberman, I-Conn.

For now, then, Reid plans on passing a one-year version of the "doc fix," as the now-yearly ritual is known in Congress; he wants to get the longer-term bill done down the line, after a larger healthcare package is passed. He did get one concession out of the AMA, though; the group won't push to make tort reform part of the final healthcare bill.

Congressional Democrats did move forward on one other healthcare-related issue on Wednesday, however. The House Judiciary Committee approved a measure that would weaken the limited antitrust exemption that insurers have enjoyed for more than 60 years, and which had all but removed the federal government from the job of regulating the industry. That measure may be added to the broader reform legislation, and the Senate is working on a version of its own, which was announced in grand fashion by Democratic leaders. The Senate's bill would end the exemption altogether.

The action wouldn't stop with day's end, either -- a meeting between White House officials and key senators was set for Wednesday night.