The break up the banks delusion

Despite strong calls for reform, the crisis has been wasted. On every front, regulatory efforts are being thwarted 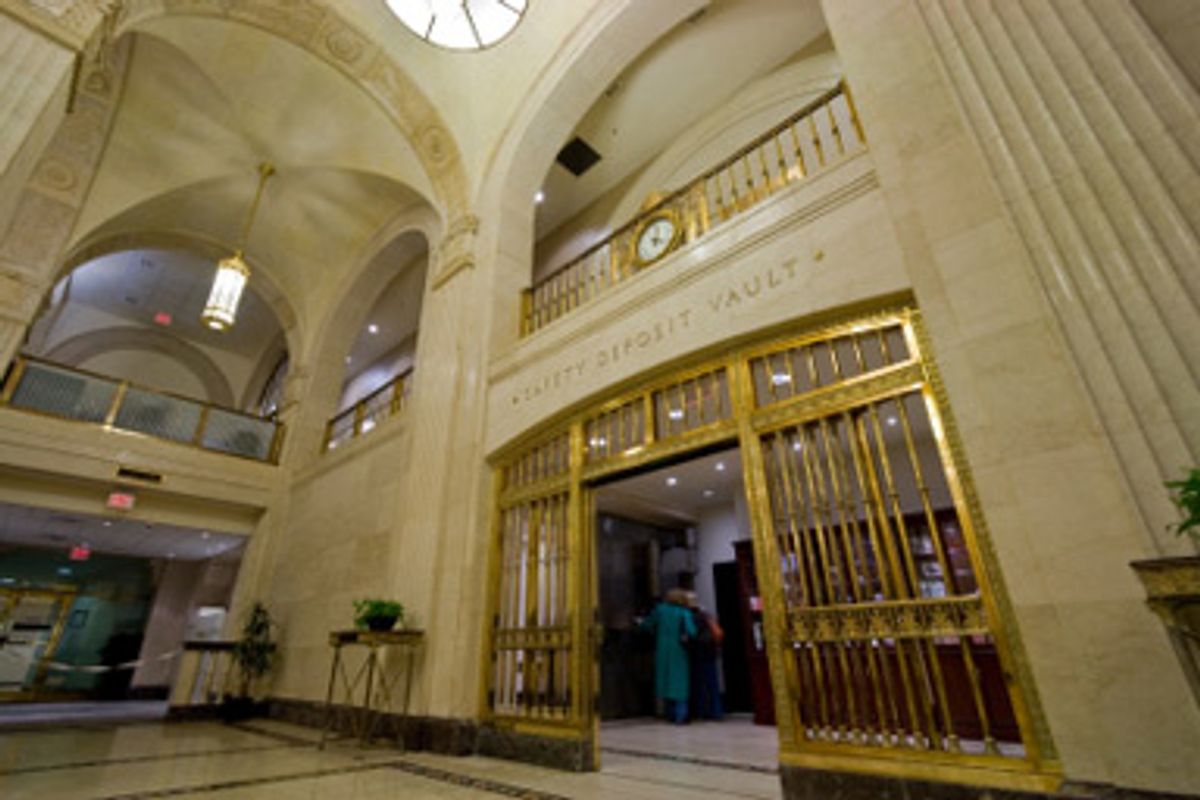 Simon Johnson considers a superb speech last night by Mervyn King, Governor of the Bank of England, and a New York Times article today on former Federal Reserve chairman Paul Volcker, and tells us, in a post titled The Consensus on Big Banks Begins to Move, that their "words mark the beginning of a new stage of real reform."

By which he means: The chances are growing that governments will accept that "too big to fail" is a bankrupt strategy, and therefore the time to break up the big banks has arrived.

I wish I could be so sanguine. Mervyn King's speech is great (not least because of some apt quotations from Sir Walter Scott, which remind us that nearly 200 years ago, "prosperity" was also threatened by the "over-speculating undertakings" of "capitalists who sought gain not by the encouragement of fair trade and honest industry, but by affording temporary fuel to rashness or avarice"). King's main message, echoed by Volcker, that commercial and investment banking activities need to be separated once again -- in the U.S. this would require a repeal of the repeal of Glass-Steagal -- is spot on. Tighter regulation is likely not to be strong enough medicine to keep the banks from repeating the mistakes that precipitated the financial crisis.

It is important that banks in receipt of public support are not encouraged to try to earn their way out of that support by resuming the very activities that got them into trouble in the first place. The sheer creative imagination of the financial sector to think up new ways of taking risk will in the end, I believe, force us to confront the "too important to fail" question. The belief that appropriate regulation can ensure that speculative activities do not result in failures is a delusion.

It's good stuff. But in the U.K., the government of Gordon Brown is rejecting King's advice, and in the U.S., per the New York Times, Volcker, while supporting 80 percent of the Obama administration's economic policy efforts, is making no headway with the president on the banking reform front.

My question is: What difference would it make if Obama was listening to Volcker? What if he were out on the stump preaching that JPMorganChase and Bank of America should be broken up and that Glass-Steagal should be brought back from the dead? The bitter truth is that nothing would change, even if progressives might be inclined to look a little more fondly on the White House.

At least, that's what the sorry state of progress vis a vis financial regulatory reform so far tells us. Being bold isn't likely to get anywhere, if even cautious, incremental steps die stillborn. On every front: derivatives regulation, the proposed Consumer Financial Product Agency, new limits on commodities trading, the administration's initial proposals have encountered overwhelming opposition from lobbyists and been eviscerated as they inch through Congress. As Felix Salmon moaned yesterday, while noting that even the proposed rules for tightening regulation on the ratings industry were in the process of being emasculated, "it's clear which way the wind is blowing, it's clear that we've wasted our crisis, and it's clear that... lawmakers [have]... lost any and all fire in the belly when it comes to trying to ensure we never have another one like it."

This is not 1933, when Congress -- including both Democrats and Republicans -- and the new President shared a commitment to radically remake government to cope with the disaster of the Great Depression. This is 2009, when one party is resisting any effort at reform, in any context, and the other is still largely beholden to the interests that require regulation. Progress in this context, as we are witnessing with healthcare reform and will no doubt witness when the fight begins in earnest on climate change, is extraordinarily hard to achieve. At this point, one can only conclude that it will require an even bigger disaster than the recent crisis to bring real change to Wall Street.