What did Northwestern's journalism students get for their death penalty muckraking? A subpoena from the prosecutor 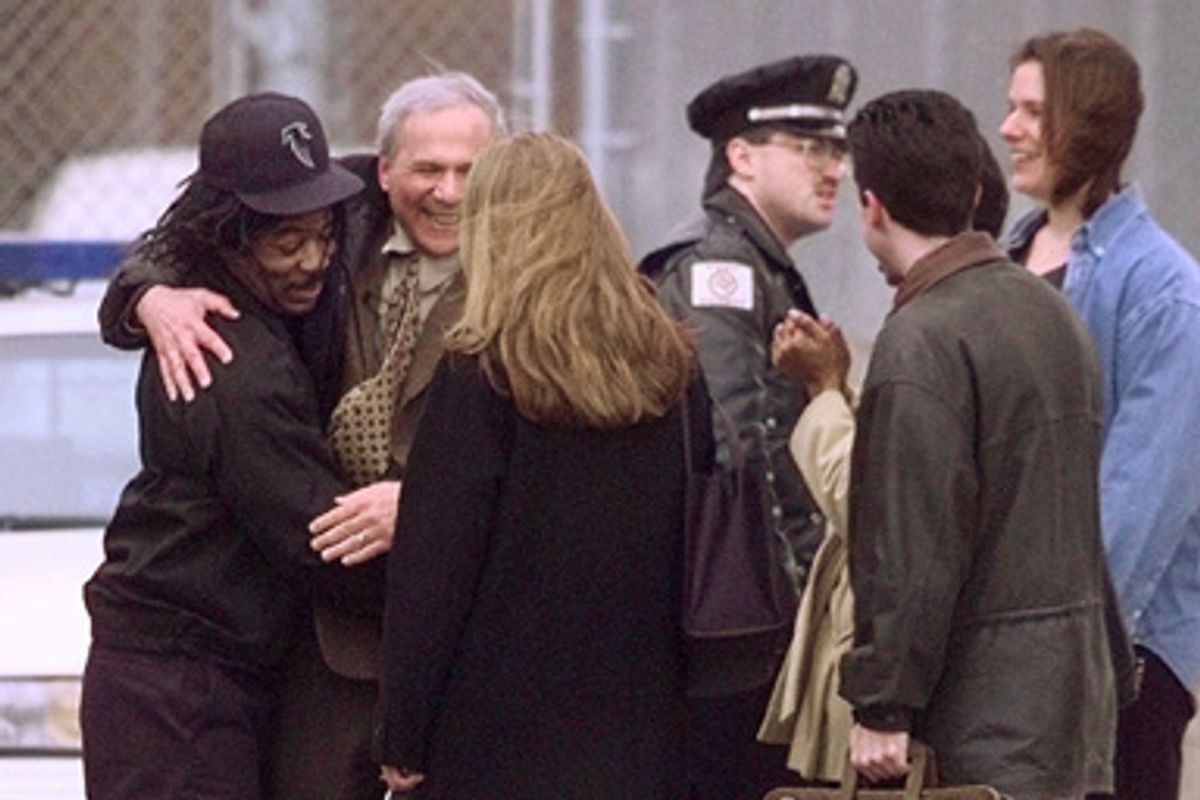 Students in the Medill Innocence Project at Northwestern University investigate claims of innocence and wrongful conviction by inmates. Over the course of a decade, the Medill project has helped secure the release of 11 innocent persons, five of whom were slated for execution.

Rather than applauding the students for their difficult and compelling work, prosecutors have hit them with a low blow. In a current case involving a claim of innocence by Anthony McKinney, Cook County prosecutors have served the Medill project with a shocking subpoena. According to the New York Times, the subpoena demands "the grades, grading criteria, class syllabus, expense reports and e-mail messages of the journalism students themselves."

The subpoena is highly inappropriate

The subpoena raises several red flags. First, the information the prosecutors seek is completely unrelated to the question of McKinney's guilt or innocence. Second, student grades are normally protected from disclosure by federal law. Third, the program is operated by the school of journalism and likely qualifies for protection by state journalism shield laws and the First Amendment. Fourth, the professor's course materials are possibly protected from disclosure by the concept of academic freedom -- which the Supreme Court has construed as a value secured by the First Amendment.

Sally Daly, a spokesperson for the Cook County District Attorney's Office, denies any wrongdoing by prosecutors. Instead, Daly points the finger at students. Daly claims that prosecutors are concerned that students could have qualified for higher grades if they concluded that the inmate was innocent. This is a highly unusual -- and insulting -- assertion. First, any reputable professor would grade a student's research by evaluating the methodology and written presentation, rather than using the final conclusion as a litmus test. Second, prosecutors should make their own independent determination regarding McKinney's guilt or innocence -- rather than treating the students as suspects.

Daly makes other nonsensical and outrageous arguments in defense of the subpoena. Although the subpoena extends to grades, she says that "[w]e’re not trying to delve into areas of privacy or grades ..." Daly also likens the subpoena to the routine disclosure of information by "detectives." Police detectives, however, work for the government and assist the prosecution. They are colleagues. Although private detectives do not work for the government, they have an unambiguous financial stake in the outcome of their investigation. The students, by contrast, are private citizens and journalists. The Medill project exists to monitor and improve the criminal justice system -- not to service the prosecutors' office or inmates.

Fortunately, Northwestern University is fighting the subpoena. As the New York Times reports:

Northwestern University and David Protess, the professor who leads the students and directs the Medill Innocence Project, say the demands are ridiculously overreaching, irrelevant to Mr. McKinney’s case, in violation of the state’s protections for journalists and a breach of federal privacy statutes — not to mention insulting.

John Lavine, the dean of the Medill School of Journalism, said the suggestion that students might have thought their grades were linked to what witnesses said was "astonishing." He said he believed that federal law barred him from providing the students grades, but that he had no intention of doing so in any case.

The outcome of this matter could turn on whether a judge treats the students as "journalists" under Illinois law. If the students are journalists, their work is protected from disclosure.

Ironically, the prosecutors' brief provides the best argument for treating the students as journalists. In awfully butchered and revealing prose, prosecutors complain that: "The school believes it should be exempt from the scrutiny of this honorable court and the justice system, yet it should be deemed a purveyor of its inadequacies to the public  ..." The prosecutors are uncomfortable with the idea of shielding journalists who investigate and publicize "inadequacies" in the criminal justice system. But having an additional "check" on the government is one of the strongest justifications for vigorously protecting the work of journalists.

Illinois prosecutors are blatantly using the strong arm of the state to harass Medill journalism students. The prosecutors' behavior evinces a deep contempt for the law, which makes the students' efforts to uncover wrongful convictions even more compelling.