Blondie! Joan Jett! Cyndi Lauper! Are these toys for little kids -- or toys for grown-ups? 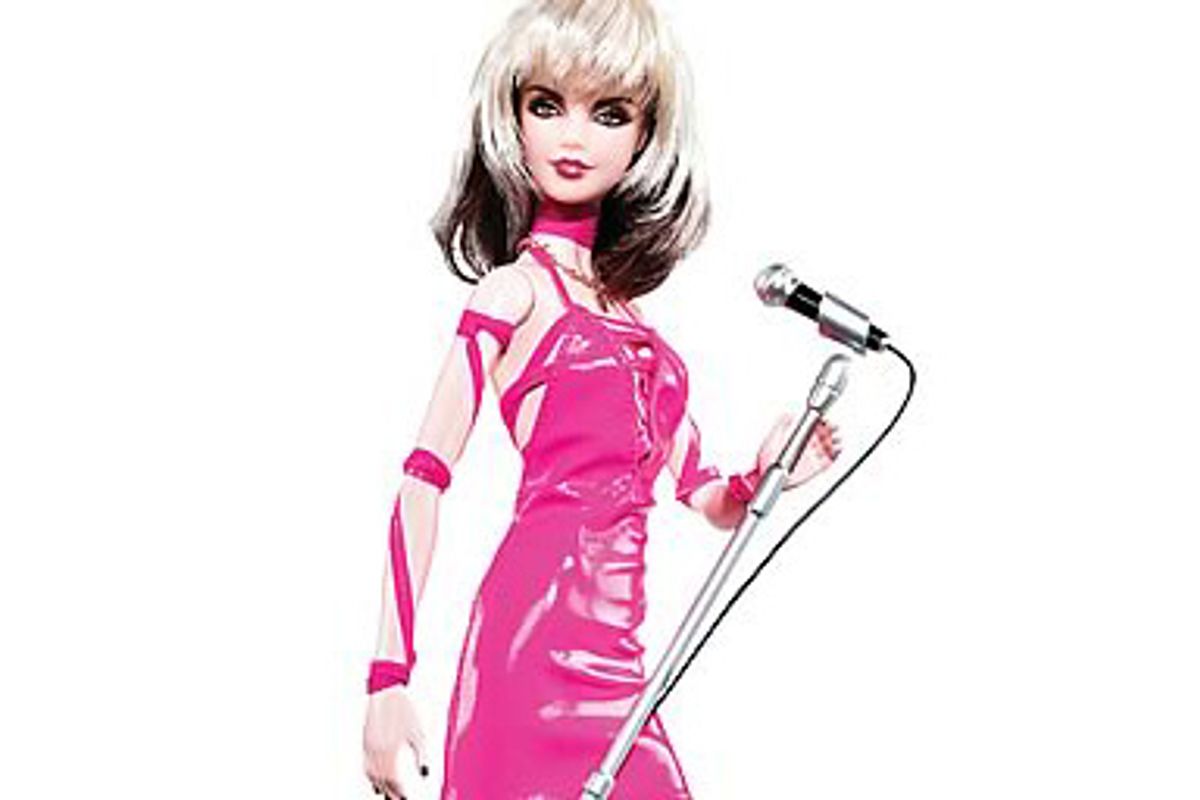 OK, I'll admit it: As soon as I saw Mattel's "Ladies of the Eighties" collection, I knew my holiday wish list had just grown by three items and $116. 47. Debbie Harry, in blond hair, black roots, black nail polish and a weird pink vinyl minidress. Cyndi Lauper in fishnets, an asymmetrical haircut the color of orange Kool-Aid, and what looks like a reconstructed thrift store prom dress. And Joan Jett in black vinyl pants, red Cons and a black-and-white Fender Telecaster.

My second thought was: Why didn't they make dolls like these back in the ‘80s? Where were the Barbies with the Kool-Aid hair and the red Cons back when I was playing with Kissing Barbie, the doll in the pink and purple flowered dress (which, come to think of it, looked a little bit like a bad rip-off of Stevie Nicks) who came with her own lipstick and had a big button cut out of her back (a very gruesome look in certain sundresses) to actually make her pucker up? (Hasbro's Jem, even though voiced by Britta Phillips, later of Luna and Dean and Britta, doesn't quite cut it.) And my third thought: Dear Lord, where is the little girl in 2009 who really wants a Blondie doll for Christmas?

Actually, in a world where parents fetishize their own childhoods to the point that that a company can make money selling instrumental versions of Björk, AC/DC, and, I shit you not, Guns 'n' Roses for toddlers, I am certain that somewhere there are more than a few children who can sing along to "I Love Rock 'n' Roll" and "Girls Just Wanna Have Fun" (two songs that, thanks to karaoke bars and wedding parties, have totally lost their power in my book). But my guess, given the $55.79 price tag, is that these dolls are not aimed at children at all, but those same adults with a retro-childhood fetish. Count me among their ranks.