So you think you got roofied? 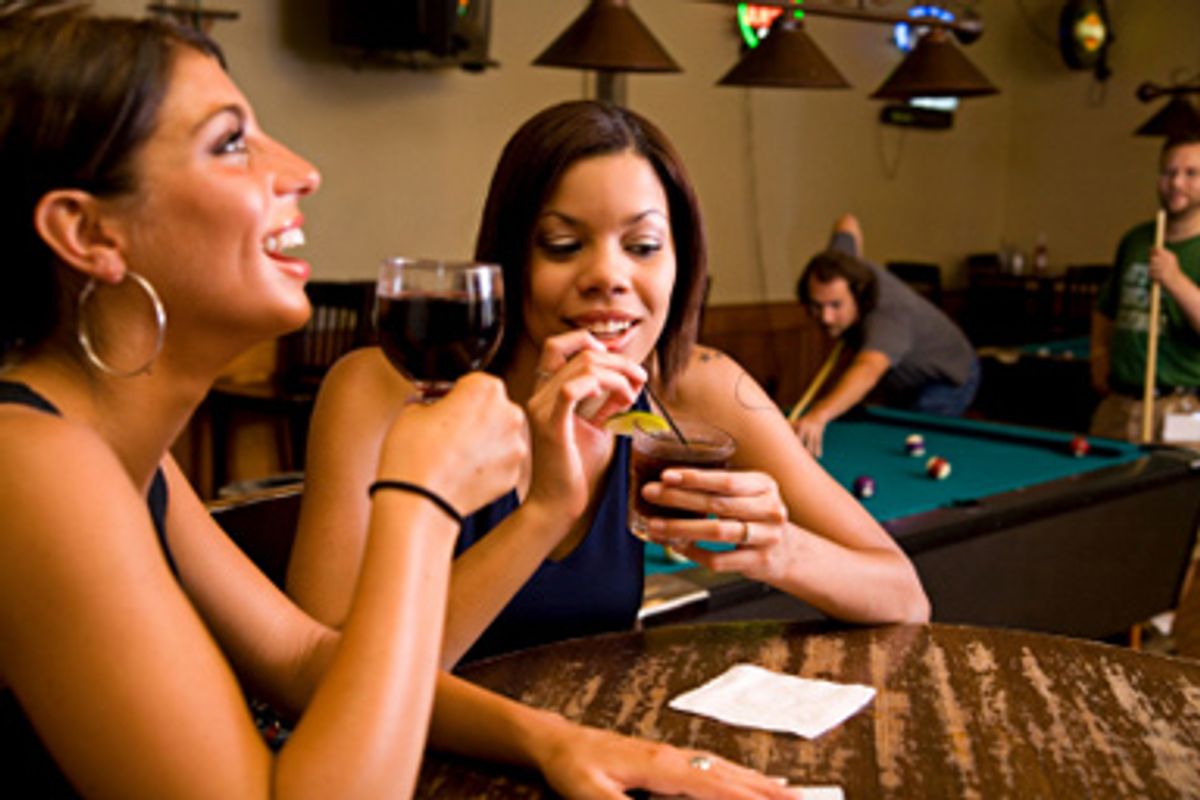 From across the pond comes news that might make Lucinda Rosenfeld, Double X advice columnist and notorious roofie skeptic, feel a bit vindicated: Researchers from the University of Kent have found that young female students often "mistakenly linked sickness, blackouts and dizziness to poisoning by a stranger -- when it was likely to be caused by excessive alcohol consumption." Their paper, culled from interviews and surveys in both the U.K. and the U.S., suggests that the use of so-called date-rape drugs is little more than an urban legend -- despite the fact that young women "mistakenly think it is a more important factor in sexual assault than being drunk, taking drugs or walking alone at night." The Telegraph quotes Dr. Adam Burgess, of Kent's School of Social Policy, Sociology and Social Research: "Young women appear to be displacing their anxieties about the consequences of consuming what is in the bottle on to rumours of what could be put there by someone else." As for why so many women believe in the myth of "getting roofied," Burgess suggests, "The reason why fear of drink-spiking has become widespread seems to be a mix of it being more convenient to guard against than the effects of alcohol itself and the fact that such stories are exotic -- like a more adult version of 'stranger danger.'"

Nick Ross, chair of the Jill Dando Institute of Crime Science, confirms that many women's fear of being drugged -- or belief that they have been -- is unfounded. "There is no evidence of widespread use of hypnotics in sexual assault, let alone Rohypnol, despite many attempts to prove the contrary," he tells the Telegraph. Researchers worry that the roofie myth is leading to the wrong kind of vigilance: Instead of watching to make sure their friends aren't becoming too intoxicated or walking home alone, a group of women at a bar may focus on keeping an eye on each other's drinks, or taking their own cocktails with them to the bathroom. Hell, we recently learned that one company is even manufacturing lip gloss that features a test kit to help you determine whether your drink has been spiked.

Of course, the University of Kent paper is already sparking some major-league victim blaming. Witness the condescending headline from the always classy folks at the Daily Mail: "Date-rape drug? No dear, you just had too much to drink."  The story's intro is even more judgmental: "Date-rape drugs are largely an urban myth used as an excuse by women who booze themselves into a stupor, it has been claimed." I can get on board with the suggestion that women (or, for that matter, men) should be more conscious of their own drunkenness. What bothers me is the implication that, just because most alcohol-related sexual assaults don't involve spiked drinks, victims are somehow implicit in their own rape.

In a blog post, Telegraph religion editor and Anglican priest George Pitcher makes an essential, if self-evident, point: "Rape is caused by rapists -- not by women who are drunk or drugged, or by other risk-factors mentioned by the researchers such as walking alone at night." Pitcher acknowledges that the study is useful but cautions against using it to displace blame. "Young women should of course be warned of the dangers of the world," he writes. "But let’s be clear: Female students, or any woman of any age, should be able to get drunk, even make the mistake of getting too drunk, or walk home alone, or for that matter wear tiny skirts, without fear of sexual assault or rape." This is not to say that binge drinking is a great idea or should carry no consequences. When we drink to excess, we deserve the next morning's stomach-churning, skull-splitting hangover or the scrapes and bruises caused by tripping over our own two feet. But no one deserves to be raped.

In fact, what seems most important about this study is that it raises the question of why young women want so desperately to believe in the prevalence of date-rape drugs. One of the researchers, Dr. Sarah Moore, raises the possibility that "the urban myth of spiking is also the result of parents feeling unable to discuss with their adult daughters how to manage drinking and sex and representing their anxieties about this through discussion of drink spiking risks." For me, this cycles back to the same prejudice that pervades the Daily Mail piece: the idea that women bear partial responsibility for being raped when they're drunk, as opposed to when they're drugged. And perhaps, in a more general way, it's this victim-blaming mentality that's causing women to believe or profess that they've been roofied. In a culture that implicates intoxicated victims in their own rape, they may simply, unconsciously be searching for a way to assuage guilt they shouldn't feel in the first place.