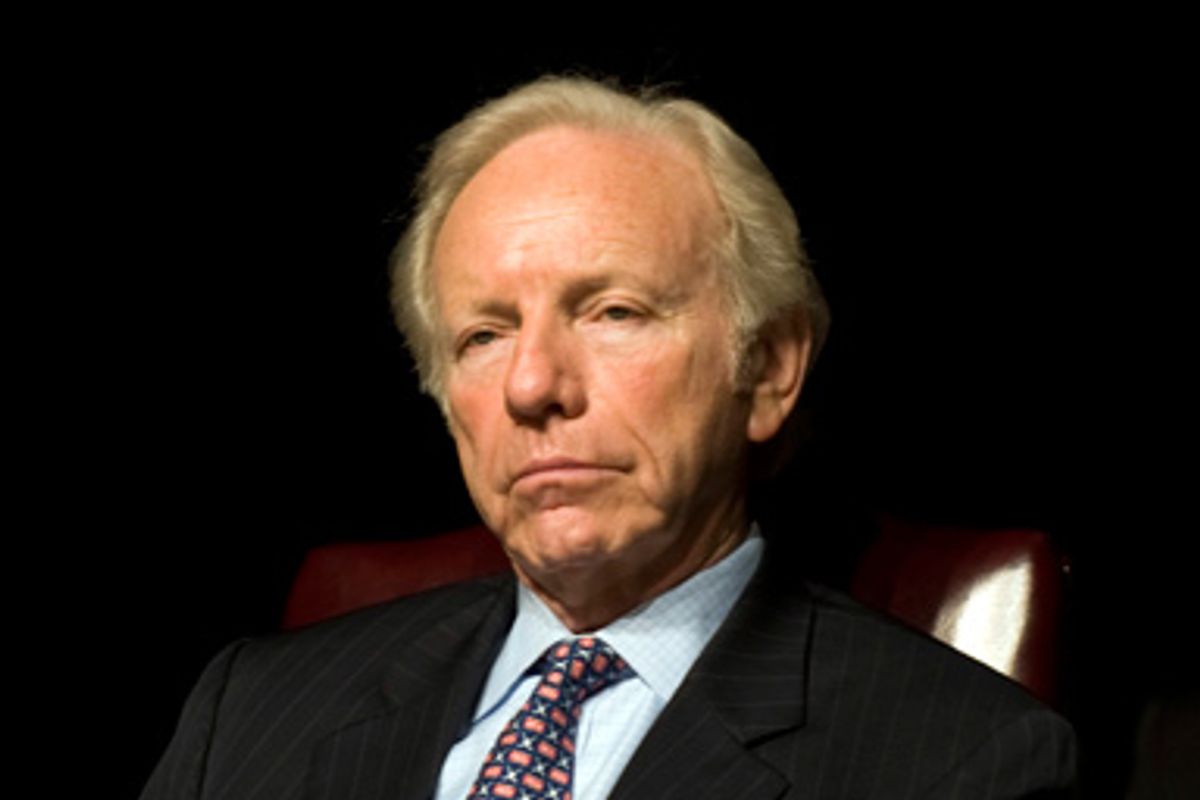 Progressives didn't even get 24 hours to celebrate the victory they won in getting Senate Majority Leader Harry Reid to include a version of the public option in his healthcare reform bill. The celebration was cut off Tuesday afternoon with the news that Sen. Joe Lieberman, I-Conn., will vote with Senate Republicans to filibuster the legislation.

"I've told Sen. Reid that if the bill stays as it is now I will vote against cloture," Lieberman told Politico. "To put this government-created insurance company on top of everything else is just asking for trouble for the taxpayers, for the premium payers and for the national debt. I don’t think we need it now."

Lieberman's decision may not be the final, fatal blow to the public option's chances, but it's certainly a grievous wound, one that the idea of a government-run insurance plan may not recover from. In order to defeat a filibuster and bring the bill up for an up-or-down vote, Reid needs to round up 60 votes, or all of the members of the Senate Democratic caucus -- including Lieberman, who caucuses with the Democrats. With Lieberman voting to filibuster, the majority leader will either have to bring Sen. Olympia Snowe, R-Maine, back into the fold somehow or consider using a procedure generally reserved for budget bills known as reconciliation; that procedure prevents the use of a filibuster.

Lieberman's position on this isn't totally coherent. He says he will vote yes on a motion to bring the bill to the floor for debate, but when it comes to the roll call that matters -- the one that would end the debate and lead to an up-or-down vote -- he'll join with the Republican minority.