Mark Sanford's thoughts on the author of "Atlas Shrugged" are worth hearing. But why bring God into it? 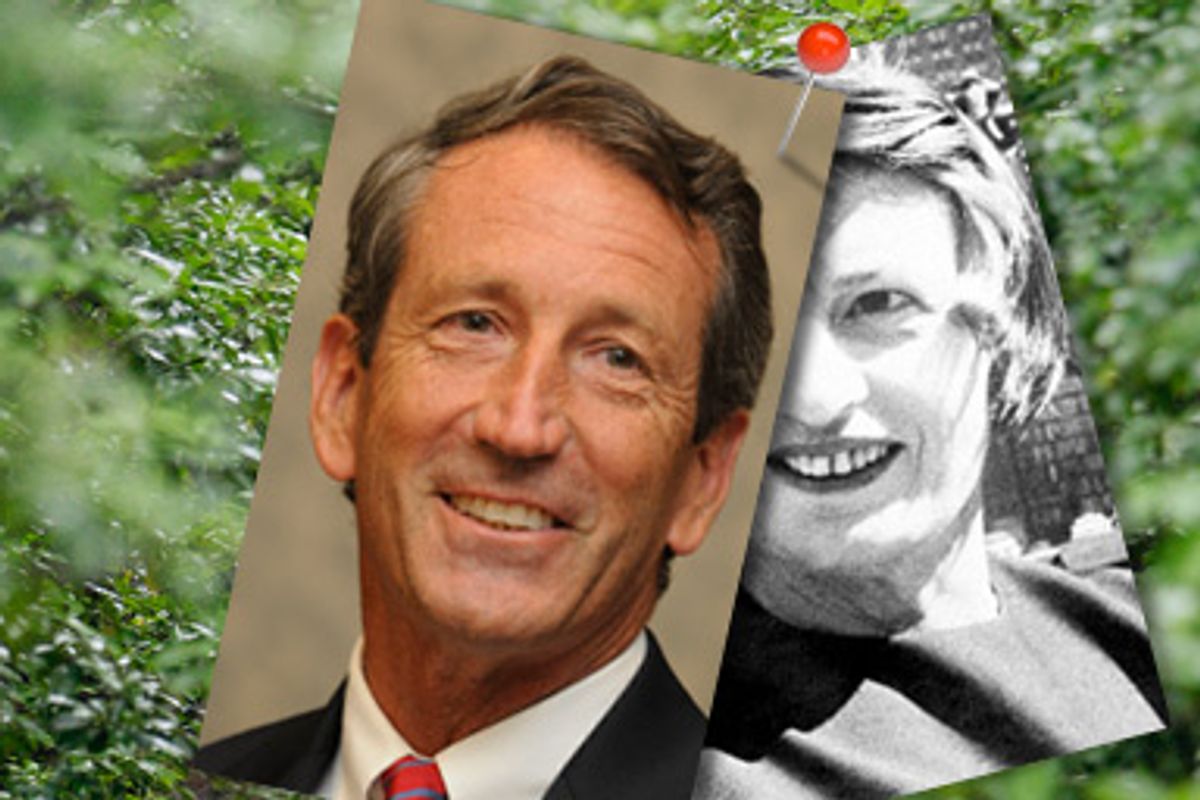 Give Newsweek some credit. The magazine's choice of South Carolina Gov. Mark Sanford to review two recent biographies of Ayn Rand is an inspired act of editorial genius. Lest we forget, before Sanford became famous for (not) hiking the Appalachian Trail, he was much beloved by the Republican base for his (ultimately failed) attempt to reject stimulus money from Washington. That is what "going Galt" is all about. His proud stance bore a clear resemblance to architect Howard Roark's decision in "The Fountainhead" to blow up his own building after dastardly bureaucrats dared alter his design. Mark Sanford -- so committed to limited government he was willing to blow up South Carolina.

Add in to the mix the psychological truth that few Americans are better suited to laud Ayn Rand's cult of the individual than a man who betrayed his responsibilities to an entire state out of aN undeniable passion to tango in Argentina, and you've got a clear winner. And since, as my colleague Alex Koppelman observes, no one in South Carolina is paying any attention to what Sanford says or does anymore, the governor obviously had plenty of time to read the two hefty biographies.

My only quibble: Newsweek's headline. "Atlas Hugged." If you want to know why the journalism industry is in trouble, there's your answer.

As for the content? Let's skip over Sanford's all too predictable attempt to claim that Ayn Rand is more relevant now than ever by blaming the current financial crisis on an excess of government, rather than on a failure to restrain an out-of-control free market. I ranted about that last week in "Scary Fantasy Alert: Ayn Rand Will Not Die."

Much more interesting is Sanford's grounds for being critical of Ayn Rand: the failure of her "outlook" to "include the human needs we have for grace, love, faith, or any form of social compact."

There is one more major flaw in Rand's thinking. She believed that man is perfectible -- a view she shared with the Soviet collectivists she hated. The geniuses and industrial titans who retire to Galt's hidden valley create a perfect society based on reason and pure individualism; and Galt himself, in the 57-page speech near the book's end, explicitly denies the existence of original sin. The idea that man is perfectible has been disproved by 10,000 years of history. Men and women are imperfect, or "fallen," which is why I believe there is a role for limited government in making sure that my rights end where yours begin.

Again, Sanford doesn't just talk the "men are imperfect" and "fallen" talk, he walks the walk. It is a rhetorical tour de force to so deftly turn his own infidelity into a critique of Rand, who was famous for her atheism and staunch opposition to the notion there was anything of value to be found in religion.

But Sanford's line of argument does us the favor of exposing the uneasy contradiction at the heart of the modern Republican Party. The GOP wants government out of our lives, but God in -- in our schools, our bodies, our marriages and our justice system. And not just any God, but their God in particular, their Jesus, their original sin and their faith in when life originates. Tell me again, Governor, how your rights end where mine begin?

Ayn Rand would be appalled at the Republican will to mandate America's values based on a particular version of religious faith, and would not be shy to call the GOP to account for its hypocrisy. Let's give her some credit for that, rather than target it as her weakness.