10 reasons abortion must be covered

Opponents of choice would have you believe it's a complicated issue. It's not 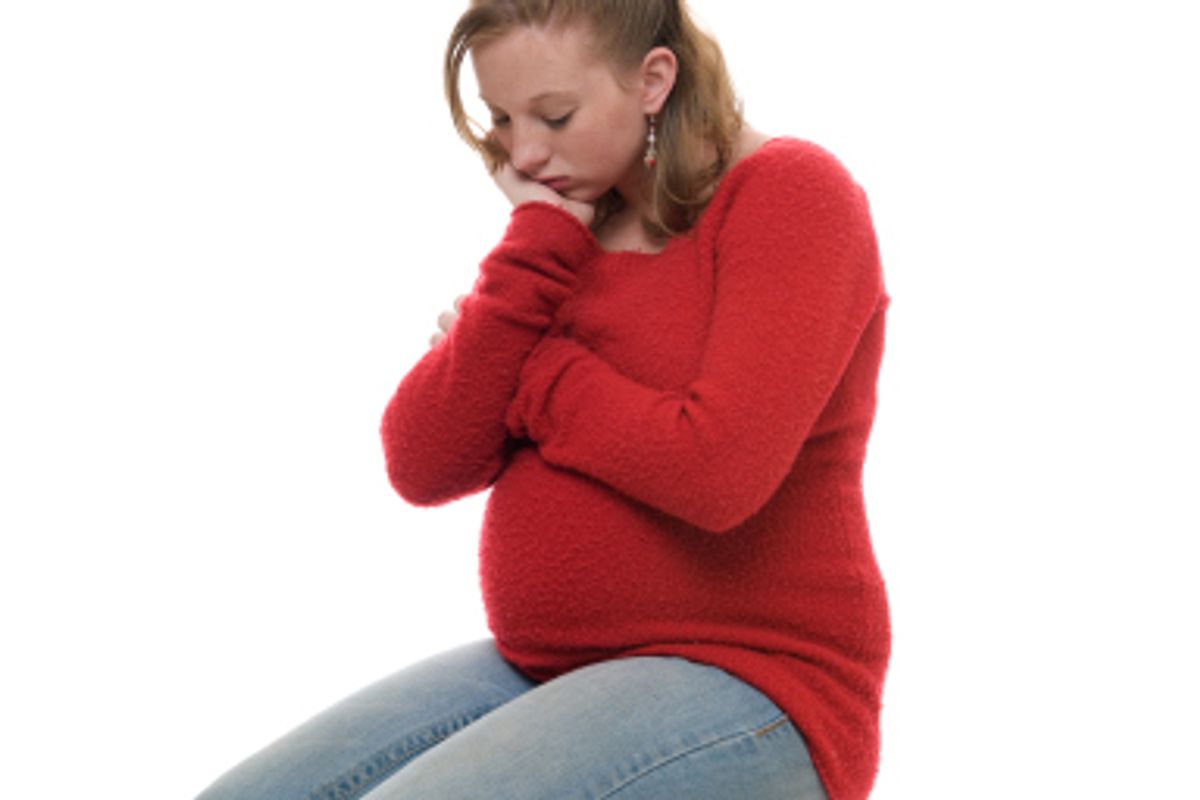 Abortion should be covered by health insurance. We say this, we sense this, we assume this. We insist that abortion is simply a medical procedure -- and that it, therefore, merits coverage. (By "we," I mean you people over there in the choir loft. You people humming Dies Irae.) As we watch the healthcare debate go on/devolve/offer sudden, faint hope, we see an appalling, though unsurprising, level of specious posturing about the matter of abortion coverage, most of which amounts to calculated opportunism by, as Planned Parenthood president Cecile Richards told Broadsheet, "some very hard-line anti-choice individuals who would like to overturn Roe [but] have been unsuccessful and therefore are using healthcare reform as an opportunity to relitigate the legal right to abortion in the United States." And in the push against insurance coverage for abortion -- that is, the push to remove coverage that already exists -- opponents of abortion are exploiting what is for some people a very real, gut-level (if deeply misinformed) hesitation: I guess abortion should be legal, but should we "sanction" it by "paying" for it? Isn't it, like, "elective"? Can we really say that abortion is "just" a medical procedure?

The answers are: yes; technically yes but that's a red herring; and yes. Yes. "There should simply be no question that abortion must be covered, as should other reproductive healthcare -- according to the judgment of the patient and clinician," Gloria Feldt told Broadsheet. Yet like it or not, for right reasons or wrong, there is a question. So since a large part of the debate hinges on the above concerns, and since many of the people we elected in large part for their pro-reproductive rights stance are blowing it big-time, we thought it would be useful to -- with the help of some luminaries in the field -- go over the why, the concrete, on-the-ground, real-life WHY of why abortion care must be covered. After all, a recent survey by the National Women's Law Center revealed this: After hearing strong arguments both for and against covering abortion under reform, two-thirds (66 percent) support coverage, agreeing that healthcare, not politics, should drive coverage decisions. And this time, from a policy standpoint, we're dealing not with annual spending bills, but with permanent law; as Julie Rovner noted on NPR, both sides are "playing for keeps." So here goes.

1. Abortion is legal medical care. "Abortion is a legal right, and it takes medical care to exercise that right," says Judy Waxman, vice-president of health and reproductive rights at the National Women's Law Center. (For their healthcare reform campaign, click here.) The American College of Obstetricians and Gynecologists also chimes in here (PDF).

2. Abortion is common, mainstream medical care. It is one of the most common surgical procedures in America.

3. Abortion is already broadly covered. Between 50 and 85 percent of women who have private insurance, including employer-sponsored plans, have coverage for abortion care.

4. Covering abortion does not raise the abortion rate. As Gloria Feldt points out, "Countries like France, Germany and the Netherlands routinely cover abortion in their national health plans, and have some of the lowest abortion rates in the world."

5. Covering abortion makes abortion safer. Out of pocket, abortion can be expensive, all the more so as the pregnancy progresses. Yet women who take time to "save up" only wind up paying more -- and taking more risk. Feldt: "When abortion is covered, women who choose abortion do so earlier in their pregnancy, and with less risk to their health." Seventy-five thousand women die each year worldwide -- and many times that suffer lifelong disability -- due to unsafe abortions, usually obtained where abortion is illegal or highly restricted. "These are public health issues that also have economic ramifications beyond the cost of abortion," says Jodi Jacobson, senior political editor of RH Reality Check.

6. Covering abortion is what the people want. According to a recent poll by the Mellman Group, voters oppose reform that would prohibit insurance companies from covering abortion. The only subgroup of voters in which a majority favors such a restriction are established antiabortion voters. But even among them, 39 percent oppose restrictions on abortion coverage.

7. Excluding abortion from coverage sends us down a slippery "moral" slope. "Government policies that are based on the theory that private policyholders should not be forced to see their premiums used to cover things they consider immoral would result in a return to the days when contraception was not covered in individual plans for unmarried women and pregnancy was excluded in individual insurance plans and only covered in 'family plans,'" Frances Kissling told Broadsheet, recalling that this was the case when she entered the insurance market. Should people who oppose sex outside of marriage determine who gets covered for childbirth? By the same argument, we could also -- for example -- exclude coverage for HIV and AIDS if contracted through homosexual conduct." To which Katha Pollitt adds: "That many people disapprove of abortion is irrelevant. In a democracy, every citizen sees their tax dollars go for things they thing are wrong."

8. And about that "elective" business. Kissling: "Let's have insurance companies hold an annual poll of subscribers and decide on a majority basis what gets covered. Let's especially ask if they want their premiums to pay for obesity-related diseases, smoking-related diseases, STDs, neonatal intensive care where the life expectancy is less than 5 percent and put a cap on care for people over 80."

9. Without coverage, there is no "choice." Sex -- a natural human drive for most -- entails risks. Even with the best prevention measures, there will be unintended pregnancies. Jacobson: "Women must be able to make the choice of whether or not to bear children because unintended pregnancy entails emotional, financial and psychic costs that will be borne only or largely by the woman."

10. Megan Carpentier, former Jezebel writer and current editor of News and Politics of Air America Radio, sums it up thusly: "Why should abortion be covered? Because sometimes abortion is medically necessary, and the government shouldn't be writing regulations from Washington that tell a woman in Kansas when that is. Because exempting cases of rape and incest, as the Hyde Amendment does, means that women who are victims of rape and incest don't get the coverage they're supposed to have anyway, because there's no way to police whether their pregnancies are the result of government-approved circumstances. Because there's no actual government money that's going to get spent on the so-called public option, so it's a question of whether you, with your own money, can get insurance that covers what you choose to have it cover. And because eliminating coverage that currently exists through federal law is just another back-door way for the antiabortion movement to make it more difficult and expensive for women to get a legal medical procedure, since they can't convince women not to have abortions on the 'merits' of their arguments."