Dems trying to steal upstate N.Y. election? Not so much

Conservative candidate says the opposition is trying to take away the election, but key allegation is a hoax 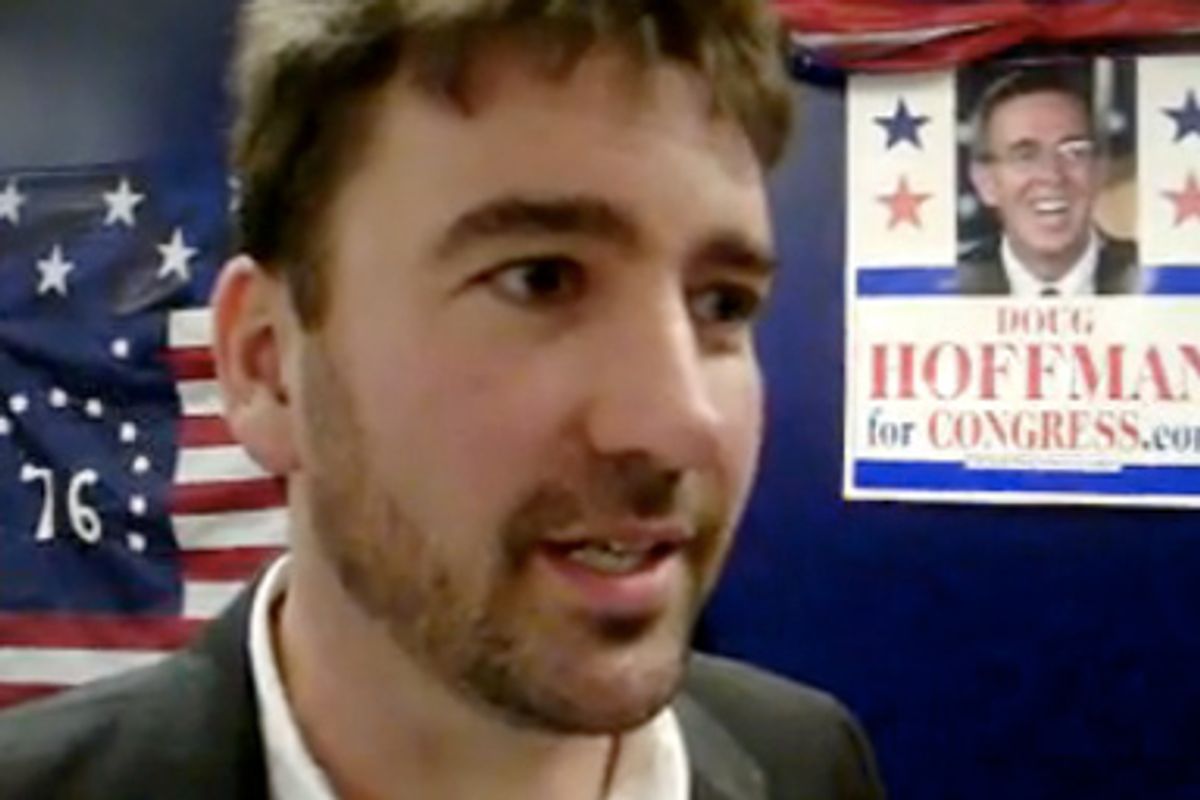 Doug Hoffman, the third-party candidate who managed to turn himself into the Republican establishment's candidate for a special congressional election in New York, is in a very real sense the physical representation of the conservative mood right now.

Since it's Election Day, conservatives are currently preoccupied with a familiar bogeyman, ACORN, and charges straight from last year of Democratic election fraud that somehow involves ACORN. (Sometimes there's meat to these charges, even if it is misinterpreted, but lately, with the group having become public enemy number one on the right, the accusations are more nebulous and all-encompassing.) So it's not surprising that Hoffman would take some time away from his regular Election Day schedule in order accuse his opponents of trying to take the election away from him and his supporters.

"There are reports that they’re bringing in the troops and they’re bringing in ACORN... We just had a report that one of our pollsters in Clinton County just had their tires slashed,” Hoffman told reporters Tuesday afternoon. “I think the Democrats are doing anything they possibly can to steal this election away from the 23rd district.”

Problem is, the tire-slashing incident, which had gotten conservatives on the Internet up in arms, appears not to have happened.

“This was not a tire slashing—this was some guy who drove over a bottle and cut his tire,” Plattsburgh City Police Capt. Michael Branch told the Wall Street Journal's Anton Troianovski.