The conversion of a pro-choice warrior 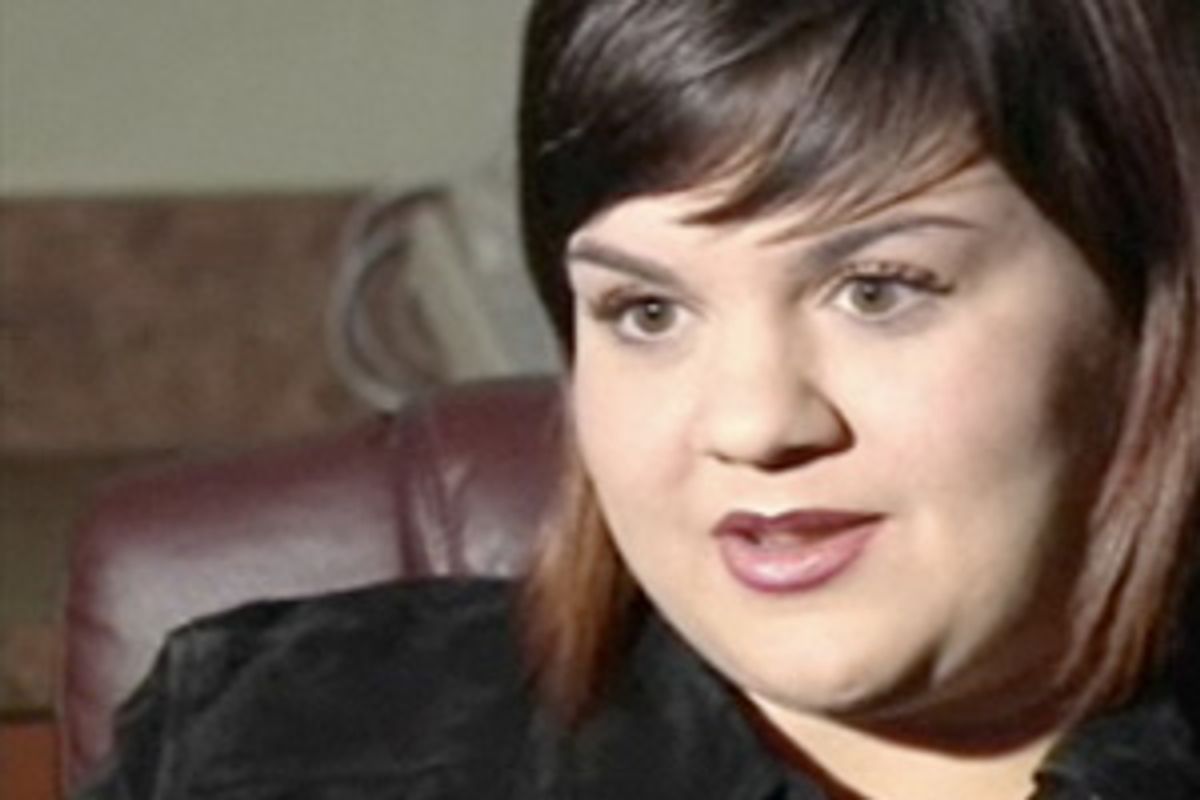 Until recently, Abby Johnson, the director of Planned Parenthood's clinic in Bryan, Texas, escorted patients past angry protesters and publicly excoriated the local antiabortion organization for spreading lies and threatening women's health. But the 29-year-old resigned from her position last month and has since joined forces with that long-standing foe, Coalition for Life, and even taken to praying with picketers outside the office where she worked for eight years. Johnson, who won the clinic's "Employee of the Year" award in 2008, has a two-part explanation for her stunning about-face: First, she says higher-ups pushed her to raise the number of abortions performed at the clinic due to financial woes; and second, she recently saw an ultrasound of an abortion, which she says led to a sudden "change of heart."

As you can imagine, this transformation has been a tad controversial.

The activists who held countless vigils for Johnson and her colleagues in the small conservative town, home to Texas A&M, see it as a literal godsend; conservative Hot Air blogger Ed Morrissey announced that he wasn't surprised "to see Planned Parenthood pressure its offices to push abortions harder ... [because] with less money flowing into the abortion mills, they need to market it more aggressively." Even in some typically liberal venues, a temporary restraining order filed on Friday by Planned Parenthood against Johnson and Coalition for Life has only raised suspicions against the clinic: On Double X, antiabortion writer Rachael Larimore asks, "Is Planned Parenthood going to such lengths to keep Johnson from discussing its 'business model'?" She adds, "I don't want to jump to conclusions" -- too bad she clearly already has.

A copy of Planned Parenthood's petition for the restraining order obtained by Salon suggests it might not be as simple as these commentators claim. The document says that Johnson was put on a performance improvement plan on Oct. 2 of this year. That same day, she was allegedly seen "removing items from the Health Center." Days later, Johnson was allegedly seen copying "confidential files." Some time later, a physician from another city who occasionally works for Planned Parenthood's Bryan clinic reported that a protester from 40 Days for Life, a campaign that aims for a constant, around-the-clock presence in front of targeted clinics and is also linked to Coalition for Life, said that they "knew that the physician worked for [Planned Parenthood] in Bryan."

The petition additionally claims that Johnson told a nurse practitioner who works for Planned Parenthood that she had passed along the provider's résumé, home address and phone number to Coalition for Life. Johnson also reportedly told a clinic employee that "something big" was going to take place this past weekend during the finale of the organization's latest 40-day protest, although the big something apparently never materialized. Reached by phone, Johnson told Salon that she has "no idea what they're talking about." She says she "never took anything from Planned Parenthood" and "would never disclose patient's confidential information." Planned Parenthood is unable to comment on the matter at this time.

Serious concerns remain that information might have been passed along that puts clients and employees at risk. The petition puts it this way: "Every service provider that works for [Planned Parenthood's] Bryan Health Center has already been a target of the Coalition for Life in the past. If Johnson discloses information about the employees, clients, and service providers to the public, these people will be subject to protests, harassment, and perhaps physical violence from groups and individuals that oppose [the clinic's] activities." In the wake of Dr. George Tiller's murder, it's indisputable how very real that threat is.

Johnson knows all too well just how dangerous antiabortion activists can be. Bryan's Planned Parenthood has been particularly besieged. In a radio interview (which you can listen to here) on Sept. 20, Johnson told of death threats "targeted at me and my husband and my daughter" and being followed in her car. What's more, on the day of Tiller's murder, her husband begged and pleaded for her not to leave the house, she said. She also spoke of the "harassing things" the entire staff would receive in the mail, the neighborhood-wide mailers activists sent out announcing employees as "abortionists" and the picket lines in front of workers' homes. "It's very scary," she said, "this group of people that claim to be these peaceful prayer warriors, or whatever they call themselves, it's kind of ironic that some of them would be sending death threats." Again, on another radio show, "Fair and Feminist," on Sept. 27 -- a mere eight days before her resignation -- she raised the issue of death threats: "They involve my daughter and my husband, so it's ironic that these people who call themselves pro-life are sending death threats."

Speaking of ironic, Johnson told Salon that she witnessed the ultrasound-guided abortion that sent her to the other side of the picket line on Sept. 26, the day before she gave that interview. She says she had considered backing out of the interview at the last minute but didn't because she was friends with one of the show's hosts. Johnson was also still trying to rationalize the many years she had spent passionately defending the clinic. "It's hard to admit that you're wrong," she said. That is especially true when you've spent years defending your work to family and friends, as Johnson did. Neither her parents, members of a Baptist church in Rockdale, Texas, nor her husband ever "bought into the pro-choice mission," she says.

In a press release touting Johnson's change of belief, David Bereit, national director of 40 Days for Life, which originated in 2004 outside of the Bryan clinic, said: "This amazing conversion demonstrates the importance of a constant, peaceful prayer presence in front of abortion facilities." Just how peaceful is a protest that lasts 24 hours a day for 40 days, though? Johnson herself called it "40 Days of Harassment" during one of her recent radio appearances. The organization has held five 40-day "vigils" since that first prayer blitz. That's a total of 240 days, or 5,760 hours, of protest. Protesters have also reportedly used the license plate numbers of cars seen visiting the clinic to find the home addresses of patients and employees, and then send them condemnatory postcards. (You can imagine how traumatizing this is for young women whose cars are registered at their parents' address.)

That level of harassment is enough to make anyone consider a new profession. Not to mention, a threat to the life of one's husband and daughter would send most folks fleeing to the first bland desk job they can find. That is why antiabortion activists do it; terrorism can be very effective. That isn't to say that Johnson was coerced into quitting her job and joining the other side. It's utterly believable that an ultrasound could change one's feelings about abortion, especially for someone living in a staunchly conservative community. However, it's hard to fathom spending eight years witnessing abortions, crossing picket lines and having your life threatened -- first as a volunteer and later as a rank-climbing employee -- without being clear on your feelings about abortion or the basic medical reality of the procedure. How many pamphlets and protest signs displaying extremely graphic images (far more so than an ultrasound) must have been shoved in her face over the years?

Then there is the issue of her claim of pressure to increase the number of abortions performed at the clinic as a way of raking in more dough. That allegation contradicts Planned Parenthood's guiding mission, which is pregnancy prevention -- but more important, it contradicts the fact of the organization's business: Only 3 percent of all health services provided by Planned Parenthood are abortion. Of course, Johnson knows this as well as anybody. In fact, she cited this very statistic in one of her radio interviews in September. In response, the host asked: "So, it's really not that much." She responded: "No ... we think 3 percent is a very small amount."

Not small enough, apparently, to keep her from scheduling an appearance to speak out against abortions at Planned Parenthood on Friday's "O'Reilly Factor." Something tells me we're witnessing the birth of the next right-wing media darling.