No house, no job, no wife! "Broke and Famous: Willie Aames" gives the struggling former star a financial beatdown 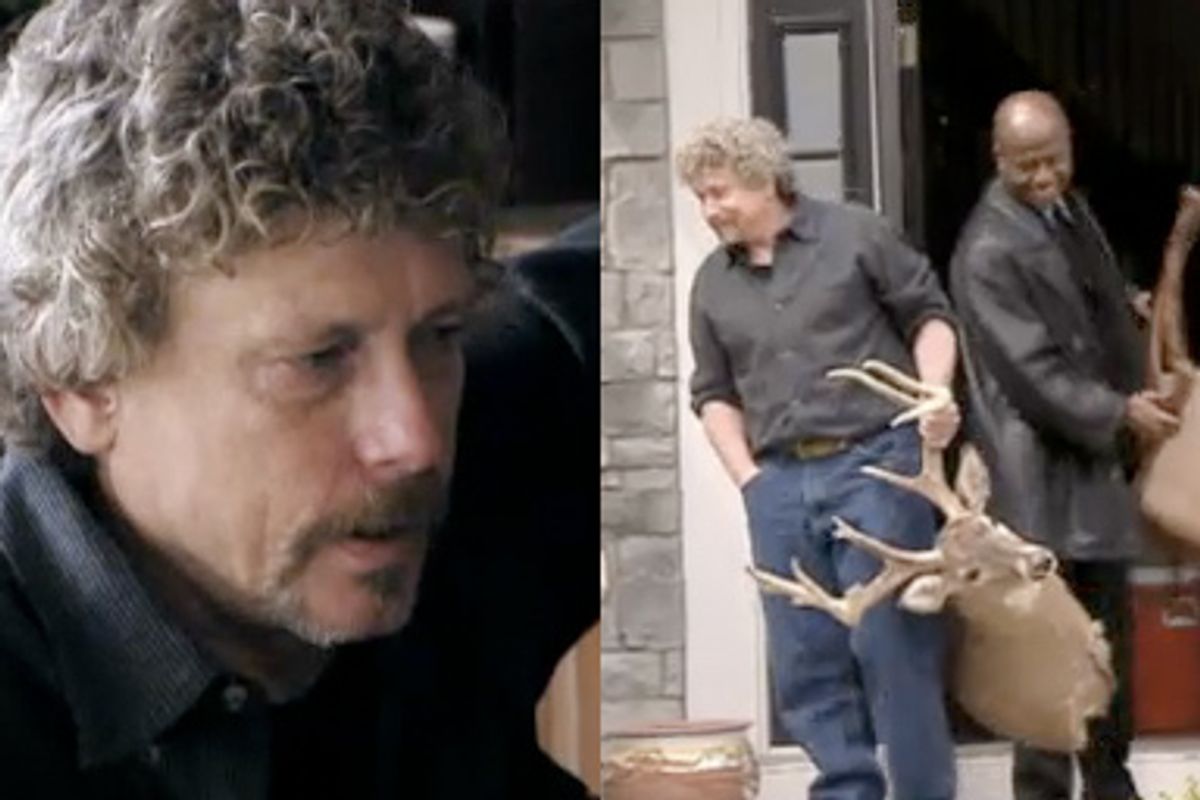 "Willie to me is like a little child. Mature people don’t make those kinds of decisions. When is this guy gonna realize that he's responsible?" -- Financial planner Sarano Kelley on "Eight Is Enough" and "Charles in Charge" star Willie Aames

Economic schadenfreude: Before you open that bleak credit card statement, before you check that dwindling balance in your checking account, you find yourself browsing stories about families who had to foreclose on their homes, people looking for work, marriages torn apart by debt. These stories are a strange mix of soothing and depressing, like making yourself feel better about your asthma by reading testimonials by terminal cancer patients.

But the best hard-luck stories are the ones you can savor without feeling guilty about it, stories about people who were clearly foolish with their money. Ideally, these tragic characters had big piles of cash at some point, but refused to get a real job or continued to live in an enormous house despite the fact that they were sinking into more debt every day.

Enter Willie Aames, former child star and current VH1 whipping boy, who lost everything after a series of business deals went bad. "I ended up borrowing against everything I have. Right now, there's no job, no bank account, no wife, no child," Aames tells the camera. "I never dreamt it could've gotten this bad, ever."

But in the age of the comeback, total ruin sometimes equals payola -- depending on your willingness to expose your secrets as the cameras roll. In exchange for $25,000, Aames agreed to be subjected to a verbal and emotional beatdown by financial coach Sarano Kelley for VH1's "Broke and Famous: Willie Aames" (premieres 10 p.m. Thursday, Nov. 5), a one-off special that was apparently originally intended as a weekly series. "Every week I'll do my best to help a celebrity back on his or her feet by putting them through a seven-day intensive financial plan," Kelley tells the camera at the start, but apparently no further installments are planned.

That's not surprising, really, in light of the humiliation Aames is forced to endure at Kelley's hands. We get some foreshadowing of what's to come as soon as Kelley pulls into Aames' McMansion-filled neighborhood in Olathe, Kan. "It's always interesting how people who are broke don't seem to live in places where people are very broke," he says.

Aames, who is also remembered for having thrown a rather spectacular hissy fit during his tenure on another VH1 demean-a-thon, "Celebrity Fit Club," decides to start this personal journey with the most aggressive tone possible. "I'll tell you right upfront, I hate attorneys, I hate managers, I hate coaches," he growls at Kelley seconds after meeting him.

"I always know that the people who act the toughest always feel the most inferior," Kelley explains to the camera.

Aames certainly seems defensive when he and Kelley sit down to look at his numbers. The electricity is turned off in Aames' house because he owes $900 in electricity bills. His house is in foreclosure. He has no health insurance. His wife and 16-year-old daughter moved out six months earlier when they started having to sell their favorite books to buy groceries. Suddenly it's clear that this isn't merely a publicity stunt by Aames: The man is desperate.

"When all the work stopped and it all just kind of shut down, he just came undone. He just couldn't get out of bed," says his estranged wife, Maylo McCaslin. "The way that Willie handled money drove me insane, and I can't live my life like that and I'm not teaching my daughter anything by living like that in front of her."

But Aames appears annoyed by this exercise. "Did I make some bad business decisions? Absolutely. Do you think I want to see this?" He looks ready to walk out the door.

"Yeah, I know ... Don't fucking raise your voice at me!" Aames yells back.

"If somebody had raised their voice at you before, we wouldn't be here right now!" Kelley bellows back at him. Typically I hate this tough-love routine. But financial planners yelling at self-pitying former child stars? That's entertainment.

After the dust has settled, Aames holds a yard sale. Strangely, when he sees all of his neighbors gathered outside to buy all of his furniture and his DVDs and his gigantic flat-screen TV, he seems to find it touching rather than flatly depressing. As they clamor around him to buy his stuffed deer and buffalo heads, as women ask him to sign T-shirts with his young, beaming face on them (nice one, VH1), Aames starts to enjoy himself in earnest. Some of the women actually giggle when he's signing their shirts, even though he has tousled gray hair and enormous dark eye bags and a beer gut and arms full of tattoos and looks as close to a TV star as your average truck driver. People still care about famous people, even when those famous people are old and broke.

Watching Aames at his yard sale, surrounded by smiling middle-aged people who grew up watching "Eight Is Enough," it makes perfect sense that fame would eventually become democratized by reality TV and YouTube and Facebook and Twitter. Like enormous houses and luxury cars, people wanted a taste of fame badly enough that fame had to be spread a little thinner. Demand created supply.

But then, part of the reason Aames is broke is that his chunk of fame isn't worth what it was 20 years ago. Now that the supply of fame is plentiful and everyone is a little bit famous, fame is worth a lot less. Aames can't simply launch a speaking tour or appear on a string of lighthearted reality shows about former stars -- that ship has sailed. No one cares anymore unless you're willing to give up every last secret, either in rehab or at the hands of a slightly sadistic financial guru. Hell, we hardly care about legitimate, current stars anymore, unless they have something to do with Brangelina's crumbling marriage or Jennifer Aniston's biological clock.

So Aames is forced to face the music, just like a regular broke person would: He has to move out of his house (which the bank now owns), he has to find an apartment he can afford, and he has to get a real job. After looking into taxidermy school (too expensive, with too little annual income to warrant the expense) and becoming an outdoor guide (Aames isn't quite fit or agile enough to manage it), Kelley helps Aames find a job doing custom woodworking for a construction company.

At first, watching Aames run a table saw over a big piece of plywood is unnerving, like seeing Vito of "The Sopranos" escape to New Hampshire to try to take a construction job, only to find that honest work is so foreign to him that he'd rather return to New Jersey and risk death than face the daily grind.

But Aames looks satisfied at the end of his first day on the job. And even though he generally comes across as angry and entitled and narcissistic and not all that charming, it's nice to see the man taking some satisfaction in his remaining marketable skill. It's also satisfying to see Aames make amends with his wife and daughter, even if it is partially for the benefit of the show's narrative arc. However staged it might be, once Aames moves into a small apartment, thoroughly divested of the big house and all the stuff he can't really afford, he looks genuinely relieved.

"I've never had anybody confront me on that level," Aames says, echoing what is probably a common experience for child stars after a lifetime of encountering unconditional positive regard from autograph seekers and greedy opportunists alike.

But now Aames has a whole new life, earning an honest living using his own two hands! Could this really be that rare bit of pop culture that ultimately points to the immense satisfaction that comes from a hard day's work? Not a chance. Later, a VH1 publicist mentions in passing that Aames has become – wait for it -- a financial planner.

The real moral to this story? If you're going to fail, fail spectacularly enough and with enough media coverage that you can build an entire business around it. Because in the age of the comeback, every humiliation is just a branding opportunity in disguise.

Broke And Famous I Like To Watch Reality Tv Television Unemployment