A bittersweet night for the LGBT community

Same-sex marriage appears bound for defeat in Maine, but gay and lesbian candidates have some success 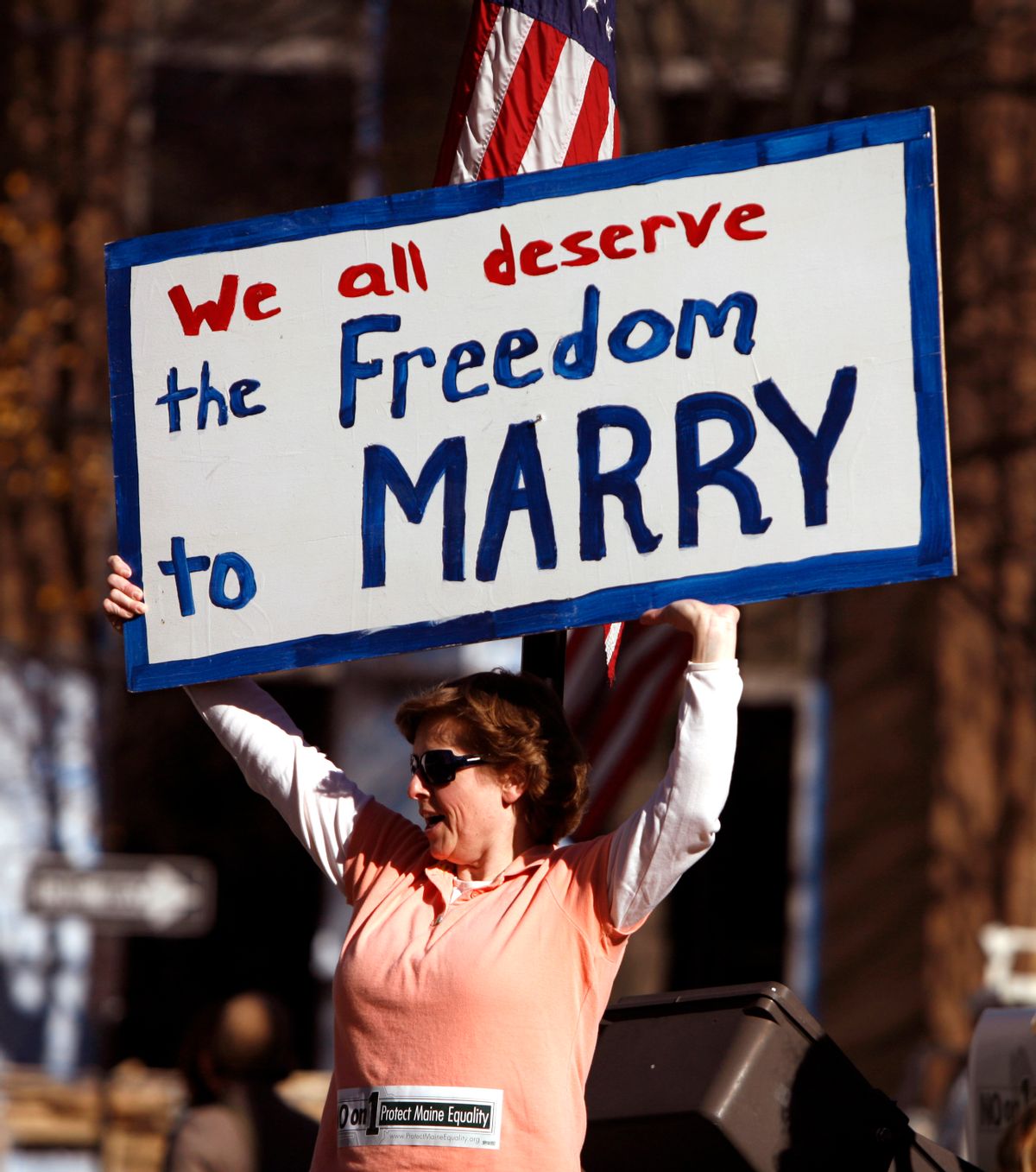 People participate in a pro gay marriage rally the day before election day in Portland, Maine, on Monday, Nov. 2, 2009. Gay marriage legislation was approved by Maine's Legislature earlier in the year however Maine voters go to the polls on Tuesday and have the opportunity to become the first in the nation to approve gay marriage or vote against it, which would overturn the earlier legislation.(AP Photo/Pat Wellenbach) (Pat Wellenbach)
--

Supporters of same-sex marriage had reason to be optimistic on Tuesday afternoon and into the evening. In Maine, they had their best chance yet to win at the ballot box, where the state's voters looked set to defeat a referendum that would reverse a bill, passed by the legislature and signed by the governor, to legalize gay marriage. Reports of heavier-than-expected turnout and early results that showed the referendum losing turned out to be no more than false hope, however.

By the end of the night, the real result was clear: Maine had voted to repeal the marriage law and continue the state's prohibition on same-sex weddings.

There were some bits of good news out there for the LGBT community, however. One of their biggest issues may have gone down to defeat yet again, but gay and lesbian candidates had prevailed in races around the country. Chapel Hill, N.C., elected a gay man as mayor; Detroit's new city council president is gay as well. In Houston, a lesbian mayoral candidate will go into a run-off having won a plurality on Tuesday.