In an unsurprising result, the GOP flips a governor's seat, as Democrat Creigh Deeds goes down to defeat 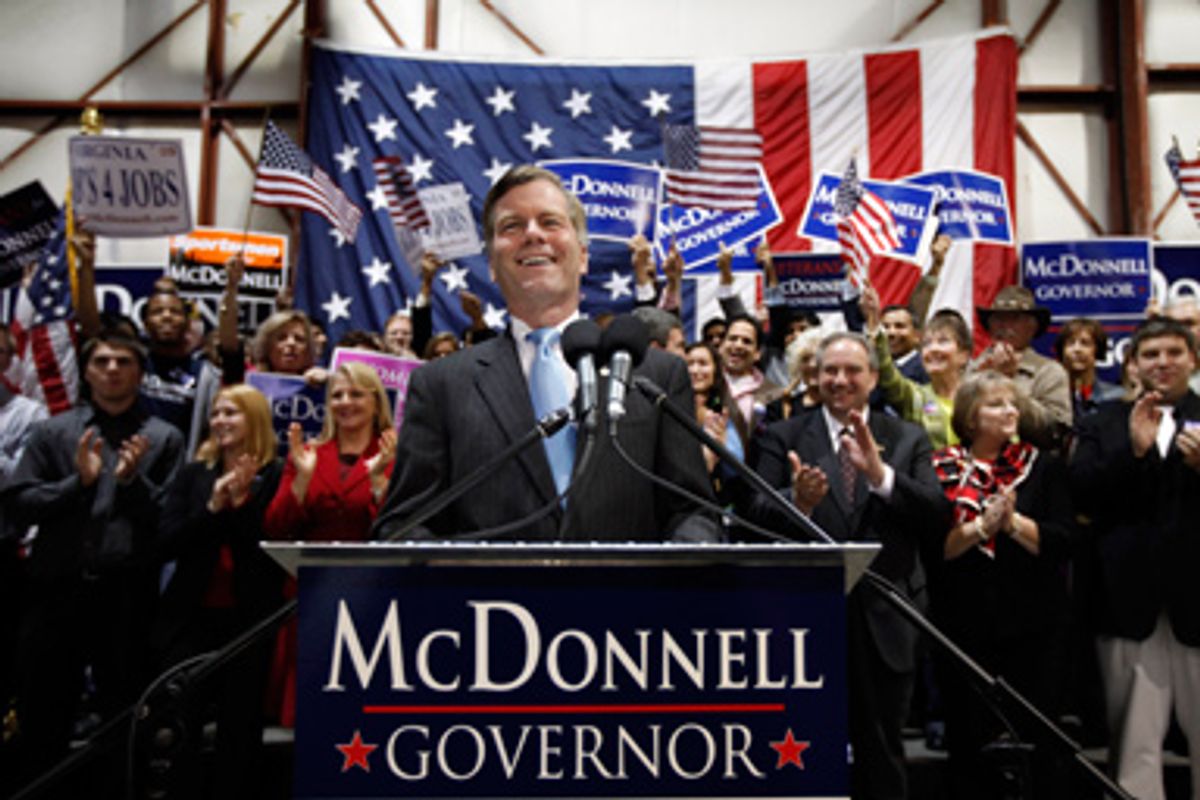 It took a surprisingly long time for the call to come in, presumably because precincts were slow reporting results, but the call is now in, and the result is what we've all been expecting: Republican Bob McDonnell will be the next governor of Virginia, having defeated Democrat Creigh Deeds.

The only question remaining -- indeed, the only question that remained regarding this race as we went into Election Day -- is how big McDonnell's margin of victory will be. Polls have been indicating for some time that it could be quite large, more than double digits.