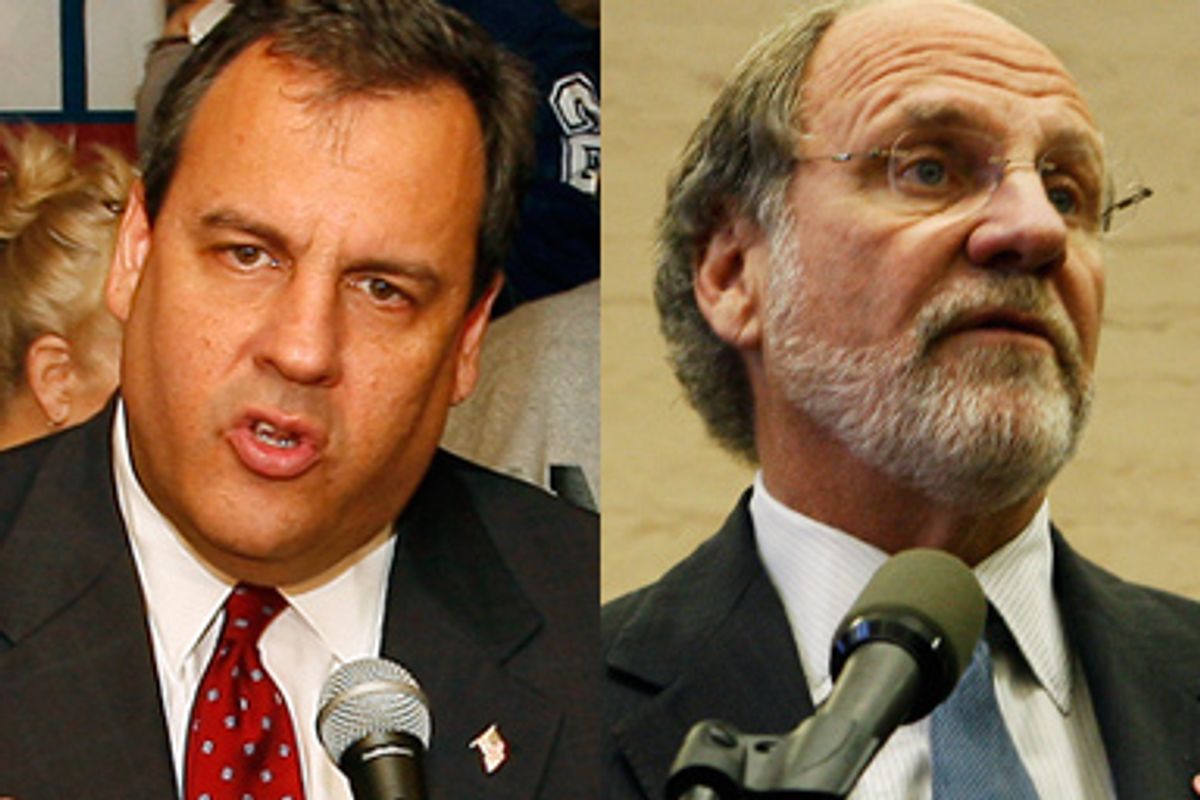 For a little while there, it seemed as if New Jersey Gov. Jon Corzine, a Democrat, might be able to overcome the general distaste many of his state's votes have for him and -- with the help of an independent candidate playing spoiler -- pull off an improbable victory over Republican Chris Christie. In the end, though, Corzine appears to have fallen short.

The Associated Press has called the race for Christie, the former U.S. attorney. Christie was a big early favorite, but had fallen in the polls recently after his reputation as a clean, law-and-order guy -- in contrast to other state officials, some of whom were only recently swept up in a federal corruption probe -- was tarnished. The challenger seemed to have a problem in independent Chris Daggett, who was taking a significant portion out of the Republican's support in recent polls. Christie had an advantage in Corzine's unpopularity, though, as it gave the governor a relatively low ceiling in terms of the percentage of the vote he could hope to capture.

Republicans will, no doubt, point to Christie's victory as a sign of their party's resurgence. Republican National Committee Chairman Michael Steele was, even before the election was called, flying from Bob McDonnnell headquarters in Virginia to New Jersey in order to be there in order to celebrate the GOP's win.

Update: The call's unanimous, with the major cable news networks all declaring Christie the victor as well.