A major defeat for conservative activists, as their chosen candidate comes close but falls short 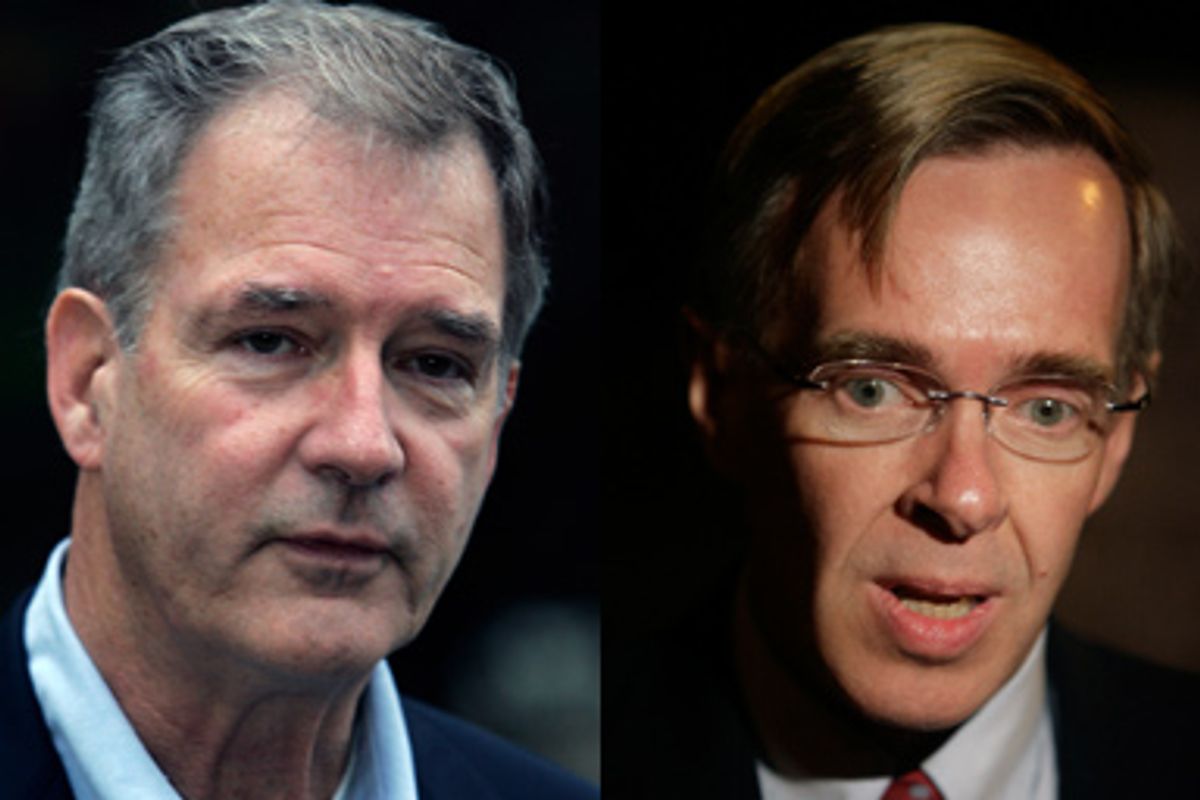 What had been a major victory for conservative activists ended up in a stunning defeat as Tuesday night crept in to Wednesday morning and Fox News declared Democrat Bill Owens the winner of a closely watched special election in New York's 23rd congressional district.

Owens was actually an afterthought for much of the race, overshadowed by civil war amongst his opponents. Conservative activists banded together, with help from prominent Republicans like former Alaska Gov. Sarah Palin and former House Majority Leader Dick Armey, to push Republican Dede Scozzafava out of the race over the weekend, leaving their favorite, third-party candidate Doug Hoffman as the GOP's pick.

Going in to the election, Hoffman was the favorite to win the seat, which has been in Republican hands for more than a century. But somehow, perhaps with the help of an endorsement and a little campaigning from Scozzafava, Owens managed to pull out a victory.

The thing to watch for now is the reaction of the GOP and its base. A Hoffman victory might have given the most conservative wing of the party even more clout, if not a virtual veto over 2010 candidates deemed too liberal. This result -- the right winning the intra-party battle, but not the war -- might give the Republican establishment more room to push back.