Officials can't get their stories straight on Arlington Cemetery

The superintendent says he may have been absent when remains were moved, but an employee's log says otherwise 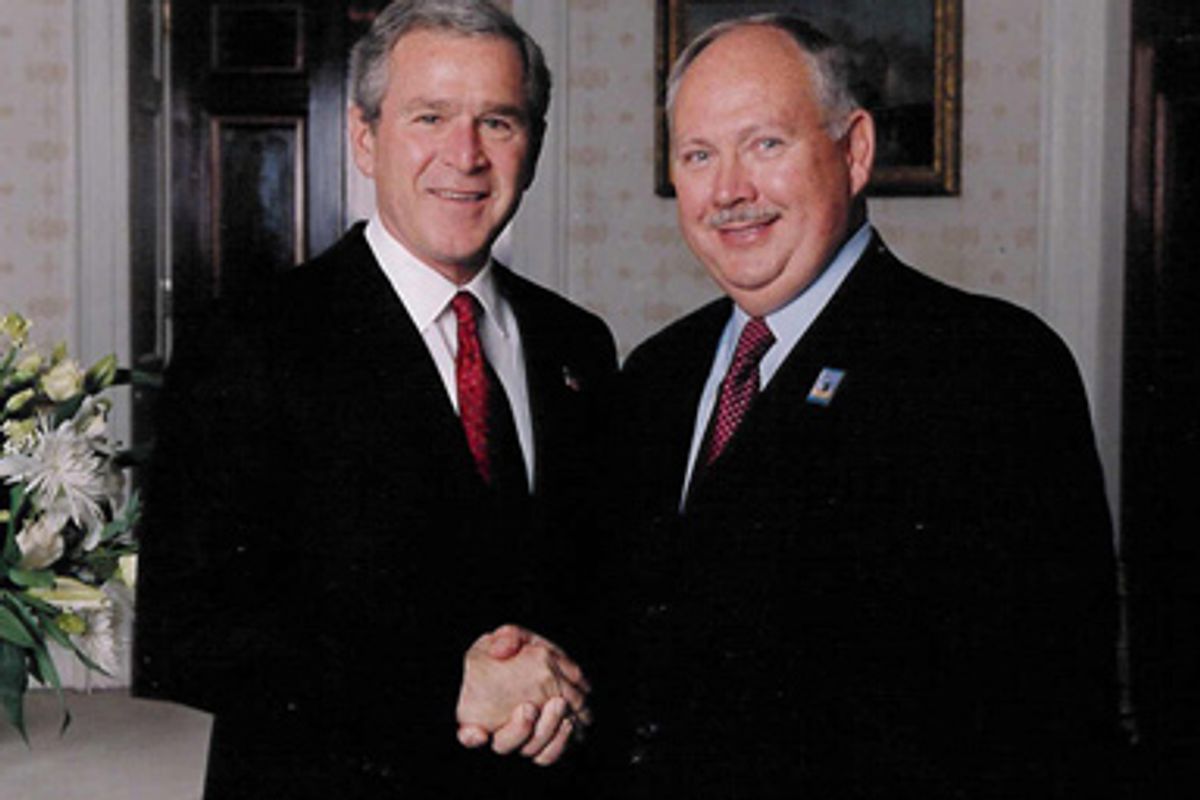 The top official at Arlington National Cemetery claims he was unaware of the most recently reported burial error at the cemetery, possibly, he says, because he was away at the time it occurred. Cemetery employee records, however, show Superintendent John Metzler present and working at Arlington when the cemetery discovered this most recently disclosed burial foul-up, which resulted in digging up and moving the remains of one service member the cemetery had accidentally buried on top of another.

Arlington officials also continue to struggle to locate key paperwork that must be completed when remains are moved. The paperwork would confirm that Air Force Master Sgt. Marion Grabe's remains were moved and explain the circumstances surrounding that decision. The Army, which oversees Arlington, has been unable to locate any such documents.

The still-missing burial paperwork adds to the mounting evidence suggesting that top Arlington officials may have disregarded cemetery rules in this case. The explanation from Metzler, meanwhile, raises serious questions about the conduct of top cemetery officials with respect to repeated burial mix-ups at Arlington. Cemetery officials have already established a pattern of incomplete, inconsistent or contradictory responses when asked by Salon to account for misplaced or misidentified remains at the cemetery.

Salon reported earlier this week on the moving of Grabe's remains. On Jan. 28, 2008, Arlington accidentally buried Grabe's urn on top of the remains of a staff sergeant already in that same plot. No one noticed until May 15, 2008, when the staff sergeant's widow found Grabe's headstone above her husband. The cemetery claims it dug up Grabe, moved her remains to a new plot and ordered new headstones for both service members.

In that article, cemetery Deputy Superintendent Thurman Higginbotham admitted via an Army spokesman that he learned about the mix-up in May 2008 when the widow discovered Grabe's headstone above her husband and complained to cemetery authorities. Superintendent John Metzler, however, claimed ignorance about the whole issue until Friday, Oct. 23, 2009, when Salon first began to question the Army and the cemetery about the Grabe error.

What was not in that article was Metzler's explanation for his ignorance. During a recent, lengthy back and forth, the Army sent Salon, via e-mail, the following statement attributable to Metzler: "The deputy superintendent has the authority to act on my behalf in my absence or when I am not available," Metzler explained. Metzler was raising the possibility that he might have been away from the cemetery or otherwise unreachable on the day in question.

The superintendent does travel frequently. However, a log kept by a former employee shows Metzler working at the cemetery on May 15, 2008, the day the mistake was discovered, including attending a meeting from 1 to 2 p.m. to begin planning for events surrounding Veterans Day 2008. Those notes also show Metzler working at the cemetery in the days prior to and after May 15, such as Metzler's attendance at an "action officer meeting" held on May 16.

The statement from Metzler also included the following: "Ideally, I should be kept informed of all situations requiring special attention," he wrote. "However, because the operational tempo at Arlington National Cemetery never slows down, that may not always be practical."

In other words, even if Metzler was there, he and Higginbotham were so busy they did not discuss fixing the burial mistake by digging up Grabe's remains and moving them. Salon asked, "Does it concern the superintendent that remains were discovered in the wrong location, moved, and new headstones were ordered, but his deputy apparently failed to inform him? What does he plan to do about that, if anything?"

Metzler did not respond to that question, but the back and forth between the Army, the cemetery and Salon exposed some potentially serious departures from cemetery policy in this case, including some key paperwork that remains missing.

Cemetery rules require Metzler to prepare a memo explaining the movement of remains within 10 days of digging. On Oct. 28, Salon asked for a copy of that memo. So far, it has not been found. "The records search is still under way," Army spokesman Gary Tallman said on Nov. 3. "That's all I can tell you at this time."

Those rules also dictate that no remains can be moved "without the express, prior approval of the superintendent." Metzler, however, clearly did not approve the digging up and moving of remains in this case if he did not know anything about it until October 2009.

As Salon previously reported, those rules also encourage obtaining "family or representative permission" before moving remains, though Dorothy Nolte, Grabe's official next of kin, is adamant she did not provide permission for the cemetery to dig up her sister. In fact, Nolte says she learned about the whole affair from Salon 17 months after the fact.

Meanwhile, over the course of many months, as Salon has investigated problems at Arlington, statements from cemetery officials have been wildly inconsistent and contradictory about this and other burial mix-ups. Some of the statements, most issued via cemetery or Army spokesmen, have appeared in previous Salon articles, but this full pattern has not been assembled until now.

Among Salon's earliest queries on the subject was this one, sent in writing to cemetery spokeswoman Kaitlin Horst last July 10: "Is (Deputy Superintendent Thurman) Higginbotham or (Superintendent John) Metzler aware of any information that suggests that in some cases, the person identified on a headstone may not, in fact, be the person buried underneath that headstone?" Salon asked. "For example, has the cemetery ever begun digging a grave, only to find that there is already someone there, though the grave is unmarked?"

Horst responded via telephone some days later. "The answer to that is no," she said. "To the best of our knowledge, we are not aware of any situation like that."

Ten days after submitting that question, Salon obtained proof that in 2003, the cemetery went to bury a service member in a grave only to find unmarked remains in that spot. The response from the cemetery was to cover up the unknown remains with dirt and grass and walk away. Cemetery officials then kept that secret for six years until Salon brought the case to the cemetery's attention.

In response, Horst admitted in writing that "Arlington National Cemetery officials have known about this situation since 2003, when in the process of preparing for a burial, a casket was discovered in grave 449 in Section 68," she wrote. That was the grave Salon asked about. "The identity of the remains in grave 449 in Section 68 is unknown at this time," she confirmed.

The cemetery then placed a stone marked "Unknown" above the grave -- the first unknown soldier so designated in a quarter-century. Because of DNA testing, there are no longer supposed to be any unknown soldiers. The cemetery has resisted digging in the dirt to identify the remains.

On Oct. 23 Salon asked the following: "Can Superintendent John Metzler or Deputy Superintendent Thurman Higginbotham tell me on the record if this is the only instance of people being buried in the wrong location?"

This time, Army Spokesman Dave Foster responded, "To the best of our knowledge, grave site 449 at Section 68 is the only 'unknown' grave site of which we are aware."

Perhaps Foster was parsing words. Salon had asked about the possibility of "people being buried in the wrong location." Foster had reported ignorance only about any more "unknowns."

Either way, on Friday, Oct. 23, Salon asked the cemetery and the Army about accidentally burying Grabe's remains on top of the unrelated staff sergeant. Foster then admitted that the cemetery had known about that one, too, since May of 2008 -- or at least Deputy Superintendent Higginbotham did. Salon's question that day was, allegedly, the first time Metzler had heard anything about any of it.