Congress' lower chamber is close to voting on its bill, as work continues on getting enough support 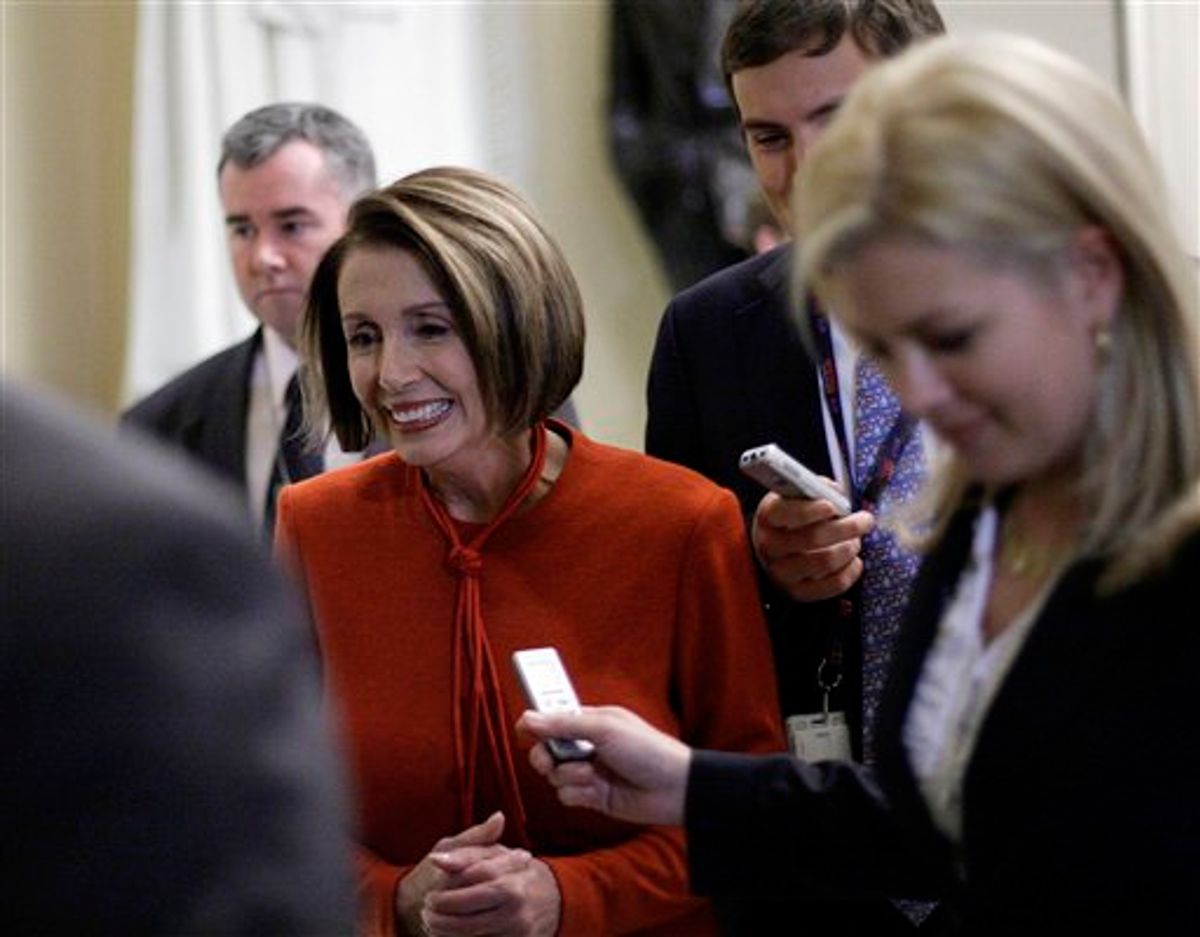 Speaker Nancy Pelosi is surrounded as she walks to the floor of the House of Representatives for the continuing health care debate at the U.S. Capitol, Saturday, Nov. 7, 2009 in Washington. (AP Photo/Alex Brandon) (Associated Press)
--

If everything goes as House Democrats hope, they will pass their version of healthcare reform sometime around 9:30 p.m. EST Saturday night. House Speaker Nancy Pelosi and her allies reportedly believe they have the 218 votes needed for passage, but it took quite a bit of work, and at this hour both sides are still laboring to whip enough votes to push themselves over.

President Obama himself worked on Saturday to try and round up the last bits of support necessary to ensure the legislation would survive. He went to the House in order to speak to his fellow Democrats and encourage them to vote for the bill, and upon his return to the White House he made remarks that hit the same theme.

"I just came from the Hill where I talked to the members of Congress there, and I reminded them that opportunities like this come around maybe once in a generation. Most public servants pass through their entire careers without a chance to make as important a difference in the lives of their constituents and the life of this country," Obama said. "This is their moment, this is our moment, to live up to the trust that the American people have placed in us -- even when it's hard; especially when it's hard. This is our moment to deliver. I urge members of Congress to rise to this moment. Answer the call of history, and vote yes for health insurance reform for America."

Supporters of the bill already won a key test, a procedural vote to open debate, 242-192. 15 Democrats joined all of their Republican colleagues in voting no, but members often vote to allow debate and then ultimately oppose the bill in the final roll call. As of this post, Republicans are saying they have counted 35 Democrats as "no" votes - 41 would have to cross the aisle in order to defeat the bill.

There will be three votes before the one that really counts. The first will be on an amendment offered by pro-life Democrats that would severely restrict coverage of abortion offered by any providers that participate in an exchange created under the bill. The decision to allow that vote was a major concession to that wing of the party, a concession made Friday night in order to break a deadlock and ensure that the bill could come to the floor. The amendment is expected to pass, though it could go either way.

The second vote is on a Republican amendment, one that would substitute their own proposal for the entire Democratic bill. It will, given the large Democratic majority, go down to defeat. Similarly, the third vote -- a last chance for the GOP to kill the bill with something called a motion to recommit -- should fail, allowing Democrats to proceed to the big moment of the night, the final roll call.