Rammstein's album is being censored for depicting violence against women. It's also the No. 2 record in Europe 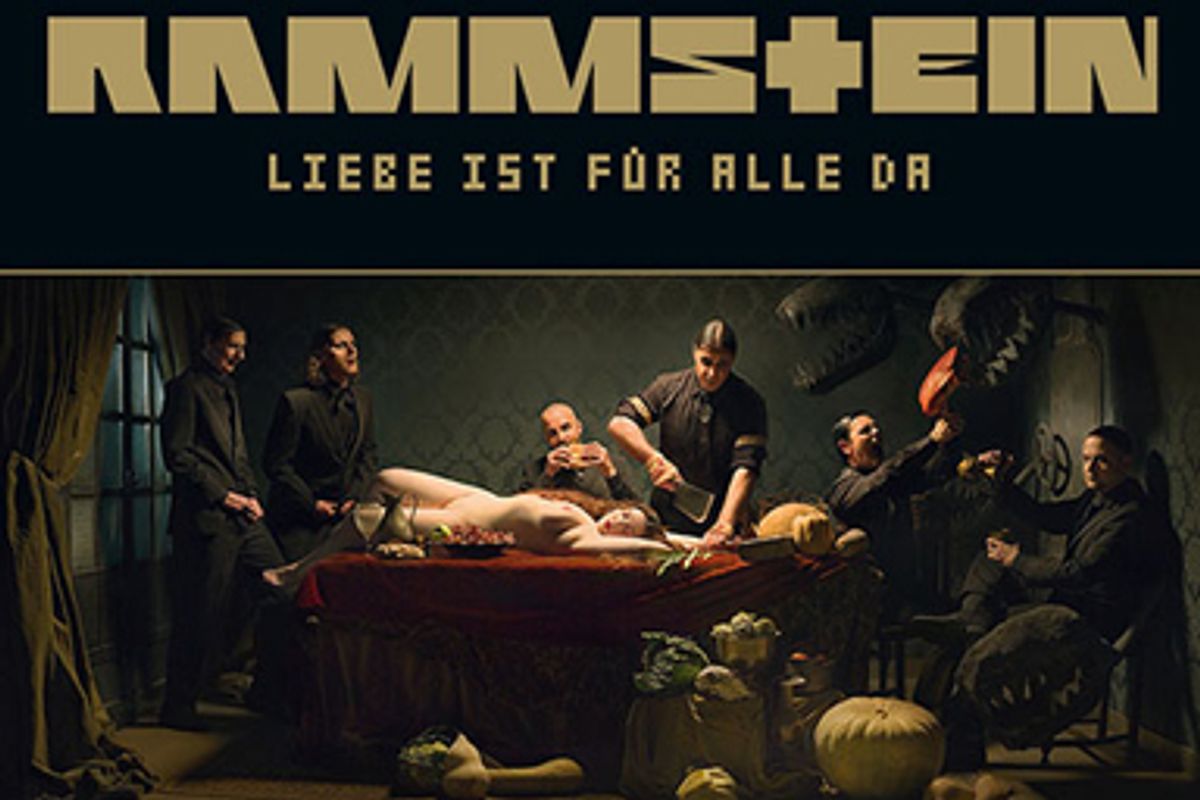 Six men sit around a dining table upon which a fair-skinned naked young woman lies; she is surrounded by food and, judging by the man preparing to chop off her arm with a butcher knife, she is the main course. Such is the chilling tableau displayed on the album cover for Rammstein's "Liebe ist Fuer Alle Da" ("Love Is for All"), and it's gotten the chart-topping hard-rock group's latest offering banned from display in German stores.

Experiencing déjà vu? Just yesterday, Mary Elizabeth Williams wrote about Marilyn Manson's torture porn music video, which depicts the singer beating to death a woman who is a (literal) dead-ringer for his real-life ex-girlfriend (whom he says he fantasizes about murdering on a daily basis). Aside from a fascination with the idea of killing women, Rammstein has another thing in common with Manson: Both were linked, however dubiously, to the Columbine massacre because the shooters were believed to be fans of their music (although that turned out to not be the case with Manson). In the genre of puerile, unimaginative, attention-seeking rock music, the dead woman motif seems to be experiencing a revival, so to speak. It yanked Manson out of cultural irrelevancy for a fleeting moment of media attention, and last month it helped Rammstein's album hit No. 2  in Europe and No. 13 in the U.S., a groundbreaking success for the band. Apparently dead women don't hurt record sales.

All that said, these are performers whose fame depends on their being believable social outcasts -- we'll have serious reason to worry when violence against women loses that edge.