AMC's remake of the 1960s British cult show trips on its own nonlinear, symbolic hem and falls into a deep abyss 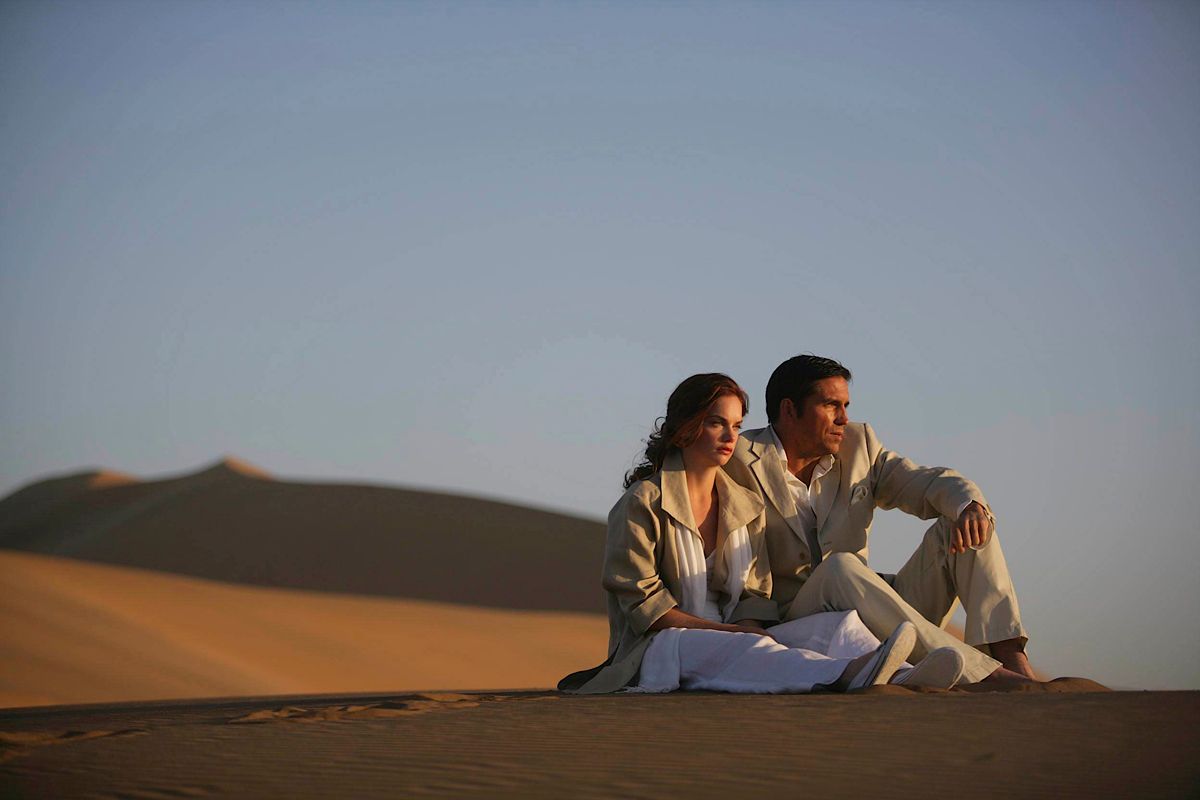 Ruth Wilson and Jim Caviezel in AMC's "The Prisoner."
--

Imagine waking up in the middle of a vast desert with no memory of who you are and no idea how you got there. A dazed, bleeding man stumbles up to you, mumbling some words and numbers, and then dies. You wander into a strange town where the houses are colorful and prefabricated. The people seem to know you and refer to you as Number Six.

Things only get more confusing from there. Just like the 1960s British cult classic that AMC's miniseries "The Prisoner" (premieres 8 p.m. Sunday, Nov. 15) is based on, the big questions -- Who is Number Six? Why is he here? Who are these people? -- keep us imprisoned in this pristine, brilliant desert town that everyone calls "the Village" until the end of the series. Over the course of this three-night, six-hour adventure, we experience a confusing jumble of impressionistic scenes, tense exchanges shot at extreme close-up, stark images, buried secrets, misdirections and some scattered flashbacks to Six's former life in New York City -- although he doesn't know where that place is, how to get there or what he did there.

What is it with the British and their discombobulated creepiness? Like an unholy mix of the surreal dramatic experiments that the original "Prisoner" series spawned, from "The Singing Detective" to "Life on Mars" to "Lost," AMC's remake (which the press materials call a "reinterpretation") is more of an allegorical plunge into the void than a cohesive sci-fi mystery. Six (Jim Caviezel) meets his brother -- or is he an impostor? Six makes a friend -- or is she an operative working for Number Two (Ian McKellen), the white-haired, semi-demonic Willy Wonka of this repressive desert hamlet? Six is enlisted to spy -- or is he being spied on? He falls in love -- or is that, too, just another trick to produce some desired response in him?

Two has his own strange issues -- an unconscious wife who lies in bed all day, a son who wants to know if there's another world outside of the Village. Visits to the Clinic, where people get treatments, are feared by the people in the Village. Characters mysteriously disappear or they're murdered when they start behaving suspiciously. By the end of each hour-long episode, there's a twist. The loose narrative unravels even as some detail is revealed, and the maze becomes more twisted.

In truth, most of AMC's "The Prisoner" feels like a playful little experiment in nonlinear narrative, flashing from one unnerving scene to another with the hopes that it might all add up to something, anything. If you were a big fan of the original series, you might enjoy a nostalgic tour through some of the same landmarks, but I suspect that this somewhat gutless iteration is still likely to enrage die-hard "Prisoner" fans.

Of course, you might choose to encounter AMC's remake as a disturbing tale about identity and the skin-deep cultural influences and daily distractions that we inevitably begin to mistake for the meat of our lives. The miniseries does offer some evocative moments -- spaced-out, impressionistic stills from an art film that come close to resembling a meditative journey through the evanescent nature of modern life. For example, when Six is enlisted to spy for Two, he and a fellow spy discuss a suspect they've been asked to track.

Spy: Question: Why does he go swimming after work?

Six: Answer: Because he likes swimming.

Spy: We're looking at a man who doesn't want to go home.

Six: And that makes him suspicious?

Spy: He knows he's being watched. Everything is suspicious if you look at it properly. Everyone has secrets. No one is without guilt. You just have to work out what it is they're guilty of.

This is the way people talk in "The Prisoner" -- in curious little verses, like the characters from "Alice in Wonderland," but without the wit and the fun costumes. By divorcing these people from all familiar signifiers -- landmarks, jobs, real families, names -- we can experience their blind, fearful adherence to the rules, their empty insistence that they are who they say they are, that they simply like to swim, that they have no independent thoughts inside their heads -- as a reflection of our own collusion in the underlying corruption and toxicity of our culture. We're all guilty, get it?

"I am not a number!" Six shouts at anyone who'll listen. "I am a free man!" Personal information is power -- power that Two wants, and that Six withholds. But without a constant reminder that this is weighty ground, that like a George Orwell novel, everything here is a stand-in for something bigger and more important, without an understanding that the absurd details here are cultural commentary dressed up in clown garb ("Get a pig -- for Stability!" posters in the Village urge residents), then we're in danger of becoming exhausted rather quickly by this endless labyrinth that may never lead anywhere. Somehow, even with the clumsy special effects, it's obvious that the original was far more vibrant and intriguing:

Will there be a big payoff at the end, and will it be worth it? I don't want to spoil it for those of you who loved the original and can't miss the remake, or who simply find the notion of a fantastical story with this kind of star power intriguing. Yes, I watched the full six hours of this miniseries, but even after the first two hours it was clear not only that we might never find out the secrets of the Village, but that even if we did, we were bound to be disappointed. Suffice it to say that the destination of this elaborate six-hour allegory is meant to be far less important than the journey.

And that would be fine, if this particular journey didn't feel quite so much like doing hard time.