What do women want? It's a lot more complicated than shiny blond tresses 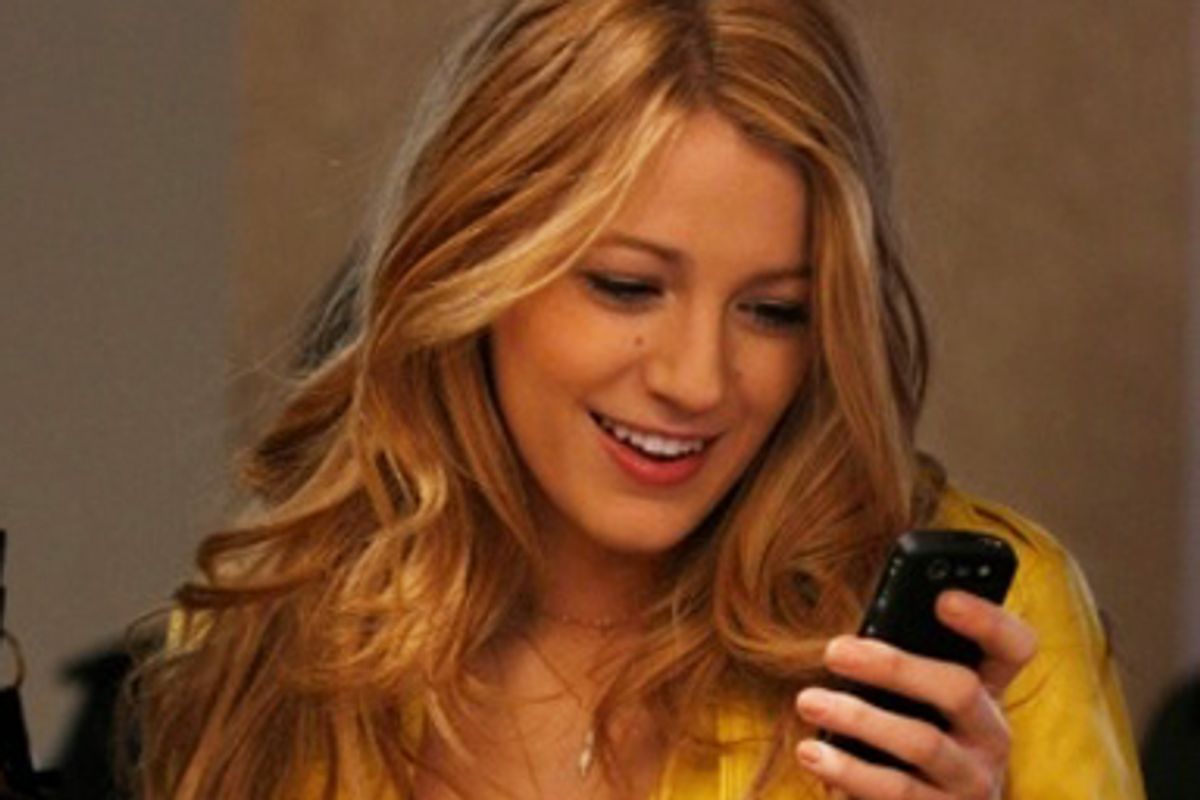 The Farrah. The Rachel. And now the Blake. (As in Lively, who plays Serena on "Gossip Girl.") Once again, there is an iconic celebrity hairstyle upon us -- and as usual, most of us can't have it. Not only does the look require about $1,200 a month -- not counting color or extensions, which are $1,200-$1,500 a piece -- to maintain at a top New York salon (which is obviously where you'll be going if you're at all serious about getting The Blake), but according to stylist Nuri Yurt, it "only works for tall, thin women." Noted! Meanwhile, both Lively and stylist Michael Wilson acknowledge that genes are largely responsible for the actress's coveted locks, so even if you're tall, thin and loaded, you probably still can't hit the mark. Which raises some questions. Like, is anyone but Blake Lively actually capable of achieving Blake Lively's hairstyle, and if not, does it really count as a trend?

No matter. Says Bergdorf Goodman's John Barrett, "It's aspirational hair." Women asking for it "don't just want the hair, they want the life." Of course, as I've just established, we can't even have the fucking hair, but that doesn't really matter, either; only the wanting does. "It's aspirational!" is the excuse that's long been used to justify only putting thin, young, white models on the cover of magazines, or inside them, or in advertisements, etc. The thinking goes, if the image is all but completely unattainable, women will spend any amount of money on any product that might bring us one tiny notch closer to what we aspire to be, but any hint that we're just fine the way we are will cause our wallets to magically slam shut.

And just what is it we all aspire to be? Well, you remember last summer when the "Mad Men" crew was working on an ad for Patio, the proto-Diet Pepsi? Broadsheet's Amy Benfer can refresh your memory:

All the men are gaga for a reel of Ann-Margret singing 'Bye Bye Birdie' (Sal, of course, has seen it on Broadway), but Peggy, the one person in the room who can reasonably claim to be a member of Patio's target audience (when she points this out, Harry, thinking he's paying her a compliment says, 'But you're not fat anymore!'), finds Ann-Margret 'desperate' and 'shrill' and thinks it ludicrous that she can be '25 and act 14.' All the guys brush off her criticism, explaining Ann-Margret's appeal with the old maxim, 'Men want her and women want to be her.' Peggy, a woman who is absolutely fucking sure she does not not want to be Ann-Margret, finally loses it with Don and tells him, 'I don't mind fantasies, but shouldn't it be a female one?'

Silly Peggy! Men want her and women want to be her. That's the core of "aspirational" images. Since at least the 1960s, apparently, the prevailing wisdom has been that this is what sells, and also that it is a self-evidently redundant statement: "What men want" is the definition of "what women want to be," duh. Never mind the ridiculousness of a few straight men speaking for all men and all women. Never mind that all along, women have been raising objections like Peggy's, or that for decades before Lizzie Miller changed Glamour's attitude toward (slightly) larger models, any reader who suggested including some in a glossy magazine was dismissed with, "Oh, women always say they want to see models who look more like them, but they really don't! They want aspirational!" And never mind that when you actually ask women whom they would most like to be, the answers show a hell of a lot more diversity and depth than the "aspirational" images we're sold. Two minutes of Googling phrases like "favorite female role models" yielded answers including: Oprah, Nancy Pelosi, Tina Fey, Waris Dirie, Shirley MacLaine, Dame Judi Dench, Queen Elizabeth, President of Argentina Cristina Kirchner, and J.K. Rowling and Ellen DeGeneres, twice each. But if men aspire to sleep with 22-year-old women who can pass for teenagers, and women aspire to be 51-year-old lesbian talk show hosts, we're at an impasse. So it's much simpler if we just tell women what they chiefly want to be is attractive to straight men, over and over, until they internalize it. And start blowing ludicrous amounts of time and money on trying to emulate the tall, thin, white, blond, able-bodied, clear-skinned, wealthy young actress du jour.

Blake Lively has very pretty hair, but most of us who don't have the genes or money to get it will find a way to move on with our lives, and with our real aspirations. About the only thing that sets my teeth on edge more than the word "aspirational" in a beauty and fashion context is the endless stream of trend pieces that describe the absurd efforts of a few women to achieve a rarely attainable ideal, only to conclude that this is perfectly normal female behavior -- "a small price to pay, some would say, to look like a star." Sure, some would say that. Many more would say spending $1,200 a month on your hair is batshit. But if we listened to those women, we might find out that they have greater ambitions than acquiring shiny blond hair, and start having to think about selling female fantasies -- what are those? -- and things would just get all confusing. It's so much simpler for everyone if all we want is to be what men want.