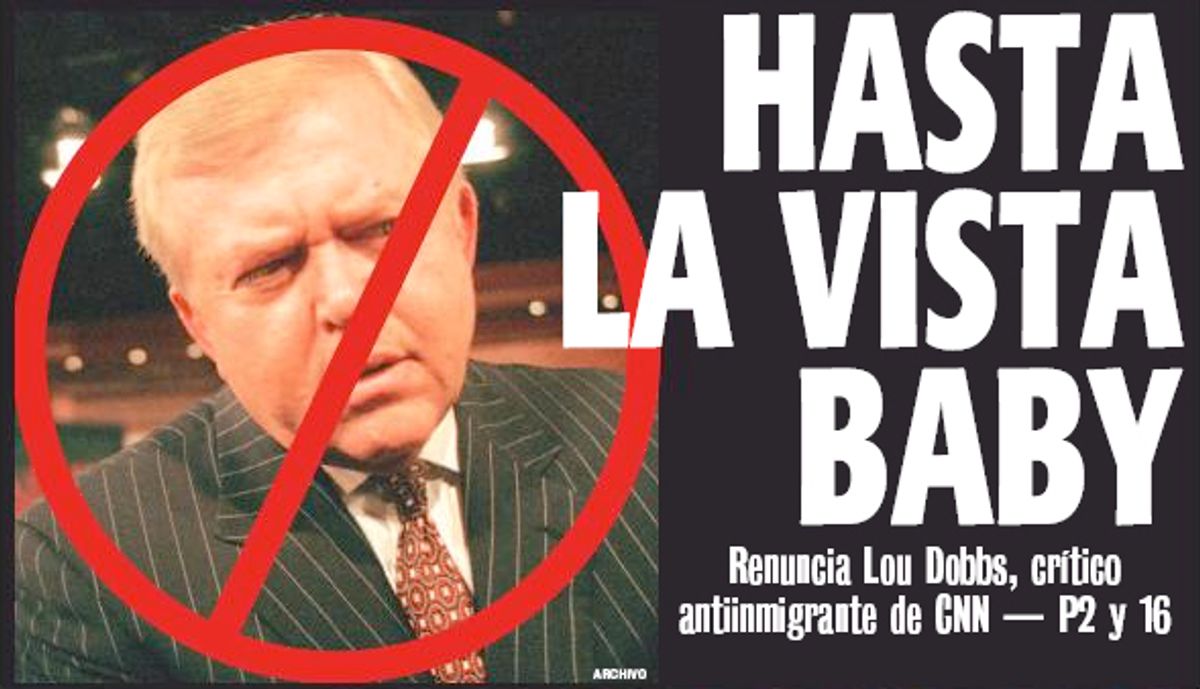 A lot of people in the Latino community have reason to be happy that Lou Dobbs decided to quit CNN. Dobbs was, after all, fiercely anti-immigrant (his supporters would say he was fiercely anti-illegal immigrant, but he often blurred the lines) and much of his ire was directed at Latino immigrants. That often meant that he'd air spurious accusations about Latinos, giving things like a smear about immigrants bringing thousands of cases of leprosy to the U.S. a large audience.

So one Spanish-language newspaper based in New York City, El Diario La Prensa, took the opportunity to celebrate a little. As you can see in the image that accompanies this post, the paper's cover on Thursday was a photo of Dobbs with a strikeout superimposed. The accompanying headline borrowed a bit of Spanglish that Arnold Schwarzenegger made famous: "Hasta la vista, baby."