What were the Republicans smoking?

After the disastrous Bush presidency the GOP had the option to go crazy or rethink. Guess which one they chose 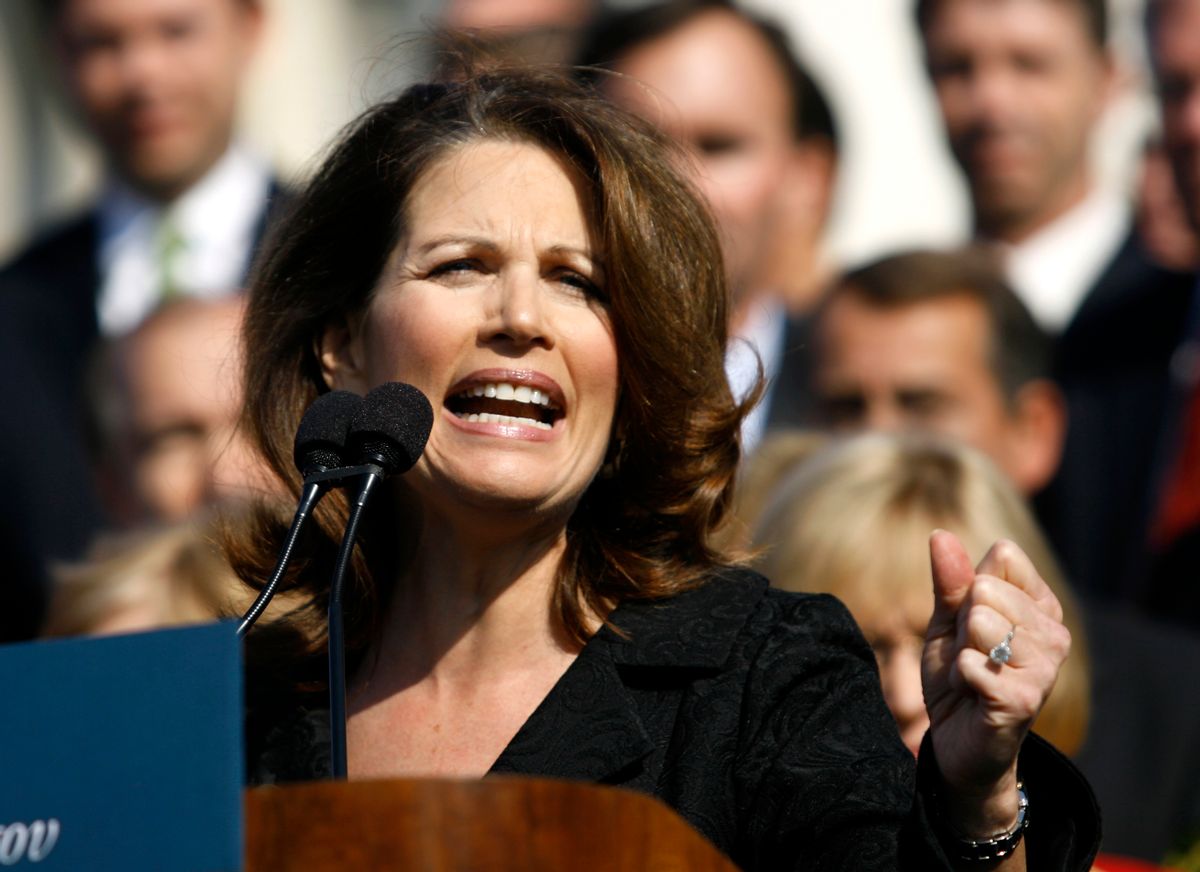 For right-wing Republicans, the presidency of George W. Bush began as a dream come true. People calling themselves "conservatives" ran everything in Washington. Even before the GOP won both houses in 2002, Congress gave Bush everything he asked for. Republican apparatchiks controlled every agency from the Pentagon to the Treasury Department. Fox News savants expressed intermittent outrage that dissent was permitted. Rush Limbaugh's interviews of Dick Cheney sounded like a high-school girl gushing over the Jonas Brothers.

To rational minds, the resultant disaster could hardly have been more comprehensive: a lagging economy (the worst job creation since Hoover), yawning budget deficits (Bush doubled the national debt in eight years); two unfinished wars, costing thousands of lives and hundreds of billions of dollars -- one completely unnecessary, the other so forgetfully prosecuted that Gen. Stanley McChrystal warns the United States and NATO could yet lose it.

Meanwhile, if Pakistani terrorists had done to New Orleans what Bush's hapless FEMA appointees did after Katrina, he'd have invaded Iran. Staffing regulatory agencies with See-No-Evil disciples of Ayn Rand made them feckless spectators of the banking crisis that damn near destroyed the nation's financial system, dragging the economy into the deepest recession since (again) Herbert Hoover.

By the time the make-believe cowboy retired not to Photo-Op Ranch, but to the Dallas suburbs, his approval ratings hovered in the mid-20s. That they were so high testified to GOP team spirit. But what on earth were Republicans smoking?

Courtesy of Sarah Palin, Glenn Beck, Rep. Michele Bachmann, Limbaugh and a passel of pusillanimous GOP congressmen, we're definitely finding out. With the alternatives being rethink or go crazy, much of the GOP base has chosen the comforts of delusion.

Bachmann's recent Tea Party gathering on the Capitol steps provided a veritable carnival sideshow of politically deranged crackpots and loons. The throng was bused to Washington by Americans for Prosperity, one of those Scrooge McDuck-style outfits dedicated to preserving every nickel the rugged individualists who founded it inherited from their daddies.

Crazy has a pedigree: The founder of Koch Industries, the Wichita oil and gas conglomerate behind it, also helped found the John Birch Society. His sons also support Washington's Cato Institute, whose "resident scholars" churn out screeds favoring McDuckism, global-warming denial, etc. It's basically a term-paper-writing service for tycoons.

Prominent among the throng at Bachmann's gathering were persons expressing every form of Obama mania extant: questioning the president's citizenship, depicting him as Little Black Sambo, and equating him to such innovators in the art of governance as Adolf Hitler and Mao Tse-Tung. One guy held a sign proclaiming that "Obama 'takes his orders' from the Rothschilds," making him simultaneously a Nazi and a member of the Worldwide Jewish Conspiracy. It must have been a lively bus trip.

Froot Loops at the Tea Party was hardly news. Rational citizens noticed that even as Bachmann's legions were marching, Obama announced that both the American Medical Association and the AARP had endorsed the administration's healthcare legislation.

Unfortunately, virtually the entire House Republican leadership was outside on the Capitol steps pandering to the throng: Minority Leader John Boehner, whip Eric Cantor of Virginia, Roy Blunt of Missouri, Mike Pence of Indiana, etc. Needless to say, the Texas delegation was there with spurs on.

Last time I checked, Cantor professed to be a Jew. Directly in front of the podium where he spoke, a protester held a sign reading "National Socialist Health Care -- Dachau, Germany 1945," over a large photograph of stacked naked corpses at a Nazi death camp. Sheer political pornography: equating health-insurance reform with the worst crime in human history. This from the party that went into paroxysms of phony outrage whenever some publicity-seeking nonentity like professor Ward Churchill said Americans had it coming on 9/11.

Personally, I'm fed up with these ritual demands for apology. What's a forced apology worth anyway? Besides, it's not me Cantor shamed; it's himself. He did give a TV interview regretting the Dachau image, but he complained that Democratic extremism had driven the Tea Partiers to it, poor things.

Currently, the GOP's de facto leaders are Beck and Limbaugh, ex-disc jockeys peddling half-baked conspiracy theories for fun and profit. Every day, I get earnest communications from citizens who wouldn't know a derivative from a dog biscuit asserting that Barney Frank and mighty ACORN brought down Citigroup and Bank of America. People who couldn't find Nebraska on a world map are certain that global warming's a left-wing hoax.

Meanwhile, Michelle Bachmann, a smarter, better-educated (her crazy comes in paragraphs) and more photogenic Sarah Palin, is definitely somebody to watch. The big question is whether indulging lunacy will do more damage to the Republican Party or the country. Nobody familiar with 20th-century history can be entirely confident that reason will prevail. In troubled times, even great nations can go stark, raving mad.