Critics decry the healthcare bill as fiscally irresponsible. Where's the outrage over the defense budget? 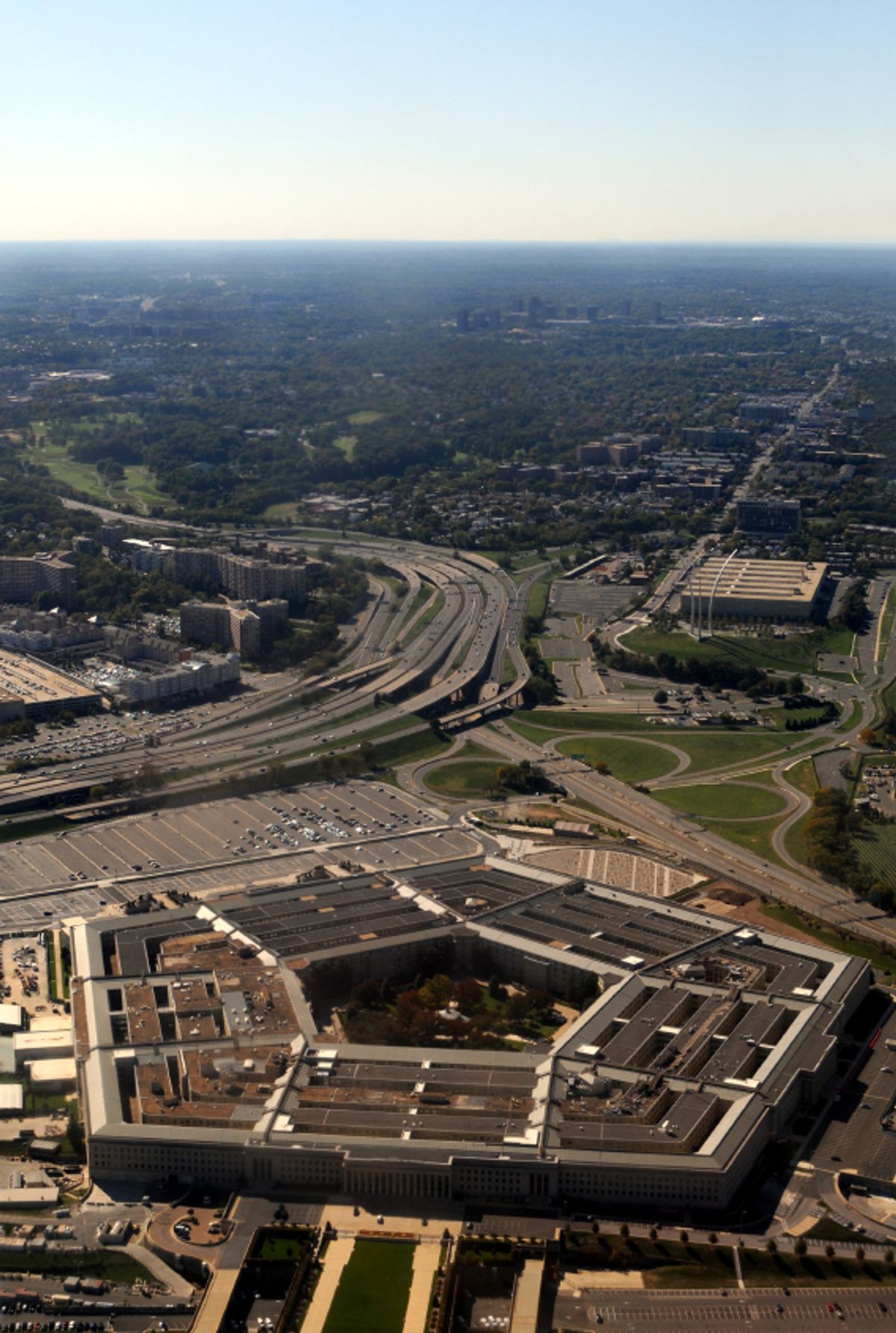 Let's say you're a congressperson or "tea party" leader looking to champion deficit reduction -- a cause 38 percent of Americans tell pollsters they support. And let's say you're deciding whether to back two pieces of imminent legislation.

According to the nonpartisan Congressional Budget Office, the first bill's spending provisions cost $100 billion annually and its tax and budget-cutting provisions recoup $111 billion annually, thus reducing total federal expenditures by $11 billion each year. The second bill proposes $636 billion in annual spending and recoups nothing. Over 10 years, the first bill would spend $1 trillion and recover $1.11 trillion -- a fantastic return on taxpayer investment. Meanwhile, the second bill puts us on a path to spend $6.3 trillion in the same time.

Save $110 billion, or spend $6.3 trillion? If you're explicitly claiming the mantle of fiscal prudence, this should be a no-brainer: You support the first bill and oppose the second one.

Yet, in recent months, the opposite happened.

When the House considered a healthcare expansion proposal that the CBO says will reduce the deficit by $11 billion a year, tea party protesters and Congress' self-described "fiscal conservatives" opposed it on cost grounds. At the same time, almost none of them objected when Congress passed a White House-backed bill to spend $636 billion on defense in 2010.

The hypocrisy is stunning -- lots of "budget hawk" complaints about health legislation reducing the deficit and few ”budget hawk” complaints about defense initiatives that, according to Government Executive magazine, "puts the president on track to spend more on defense, in real dollars, than any other president has in one term of office since World War II." And that estimate doesn't even count additional spending on the Iraq and Afghanistan wars.

So, as Bob Dole might ask, where's the public outrage at the contradiction? It's nowhere. Well, why not?

One clear answer is values -- or lack thereof. In our militaristic culture, we are taught to prioritize Pentagon spending over everything else.

Another less obvious answer is ignorance sown by skewed reporting.

But even that's not apples to apples. Political headlines of late have all been some version of Dow Jones newswire's recent screamer: "CBO Puts Health Bill Cost At $1 Trillion." That's as true as an Enron press release touting only one side of the company's ledger. Though the bill's expenditures do total $1 trillion, the CBO confirms its other provisions recover more than that, meaning headlines should read "CBO Says Health Bill Saves $110 Billion."

Not surprisingly, the media distortions are being trumpeted by the same congressional hypocrites simultaneously backing bigger Pentagon budgets and opposing health reform. Their dishonest arguments were summed up by Sen. Joe Lieberman in a Fox News interview last week. Ignoring CBO data about the health bill and the deficit, the Connecticut lawmaker (who voted for the bloated defense bill) insisted health legislation must be stopped because it will rack up "debt (that) can break America."

Only professional liars could cite concern about debt as reason to oppose a healthcare bill reducing the debt -- and then vote for debt-expanding defense budgets. Unfortunately, professional liars are the norm in today's politics, not the exception -- and they're leading America off the fiscal cliff.