What you really need to know about Sarah Palin's new opus -- the slurs, the zingers, the big-time bloopers 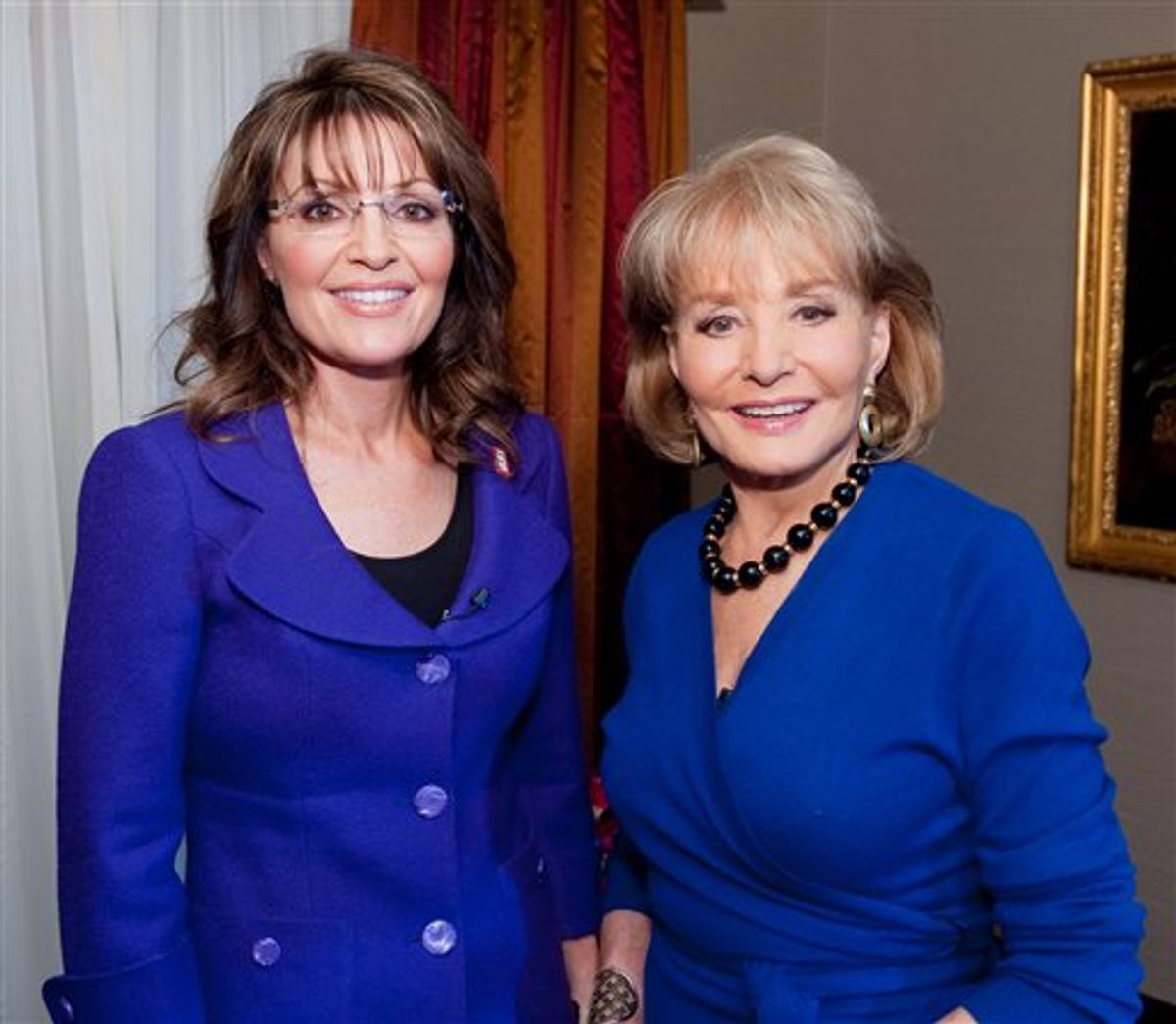 finally goes on sale today, after already producing an avalanche of criticism worthy of Proust. (Rush Limbaugh proclaims it "one of the most substantive policy books I've read.")

Do you want to read it? Of course not. So we've compiled the key elements to the book so you can know what everyone's talking about without enduring 413 pages of Palin-isms -- or shelling out $30 for a book.

The New York Times' Michiko Kakutani wrote that Palin spends much of the book lashing out at the McCain campaign -- for being too slow in addressing the economic collapse, too easy on its rival, and too disorganized -- and laying principal blame for its failures on Steve Schmidt, McCain's chief campaign strategist and one of the people responsible for choosing Palin as a running mate. She largely blames the McCain staff for all the miscues of 2008, but rather than granular details of policy disagreements or communication problems, she's not above the cheap shot.

At one point, Palin recounts (via Politico), Schmidt told her to get a nutritionist. "As he lectured, I looked at his rotund physique and noted that he used nicotine to keep his own cognitive connections humming along."

On the loyalty of Nicolle Wallace, McCain spokesperson and former Bush official: "I had to trust her experience, as she had dealt with national politics more than I had. But something always struck me as peculiar about the way she recalled her days in the White House, when she was speaking on behalf of President George W. Bush. She didn't have much to say that was positive about her former boss or the job in general."

Wallace also is painted as a hoity-toity Beltway mean girl. According to Politico, she writes about Wallace snobbishly going through her wardrobe in Palin's Alaskan bedroom. "No ... no ... no [Wallace] said as she slid each garment aside on its hangar." The clothes, Wallace claimed, were not appropriate for a vice-presidential nominee -- and it was Wallace, according to the book, who made the decision to purchase those costly, controversial designer clothes for the Palins.

Then, cleverly, Palin uses Wallace to smear CBS's Katie Couric (whose devastating interview with Palin created a damaging media narrative). According to Palin: "'[Couric] just has such low self-esteem,' Nicolle said. She added that Katie was going through a tough time. 'She just feels she can't trust anybody.'"

Palin also uses the book to paint herself as a woman of the people, whose ignorance about world affairs is no impediment to her ambitions (because "there's no better training ground for politics than motherhood"). She later argues that her family-budgeting skills and belief in creationism made her into a "much needed fresh breeze blowing into Washington D.C."

According to the Washington Post, Palin goes to considerable length to assert her religious faith. On the campaign trail, she writes, she even took a call from controversial Pastor Rick Warren while in the shower: "I would never turn down prayer even with limited hours in a campaign day, standing in a few inches of water with a shower curtain for a wardrobe. You do what you've got to do."

Also,  the Los Angeles Times notes that, unlike many other celebrity memoirists, Palin doesn't acknowledge her "collaborator" until late in her acknowledgments (after five HarperCollins editors and before "everyone who values good customer service").

The NYT's Kakutani believes the the book is a "calculated attempt to position -- for 2012." Other politicos and talking heads seem to agree. Will it work? Only time will tell.

But if she does enter political life again, the book has a litany of blurbs and bloopers she'll have to live down. Many media outlets have combed through the book to extract some of its most noteworthy or bizarre passages. Among the best that have popped up:

But perhaps the book's bigger buzz has been its inaccuracies. The Associated Press published a thorough summary of them (a project that Palin dismissed on her Facebook page as "opposition research," claiming that reporters would be better off fact-checking "Pelosi's health care takeover costs"). Among the AP's finds:

And, as the book enters wider circulation, we're sure there will be more. Let us know in the Comments section if you come across a great blooper we've missed.