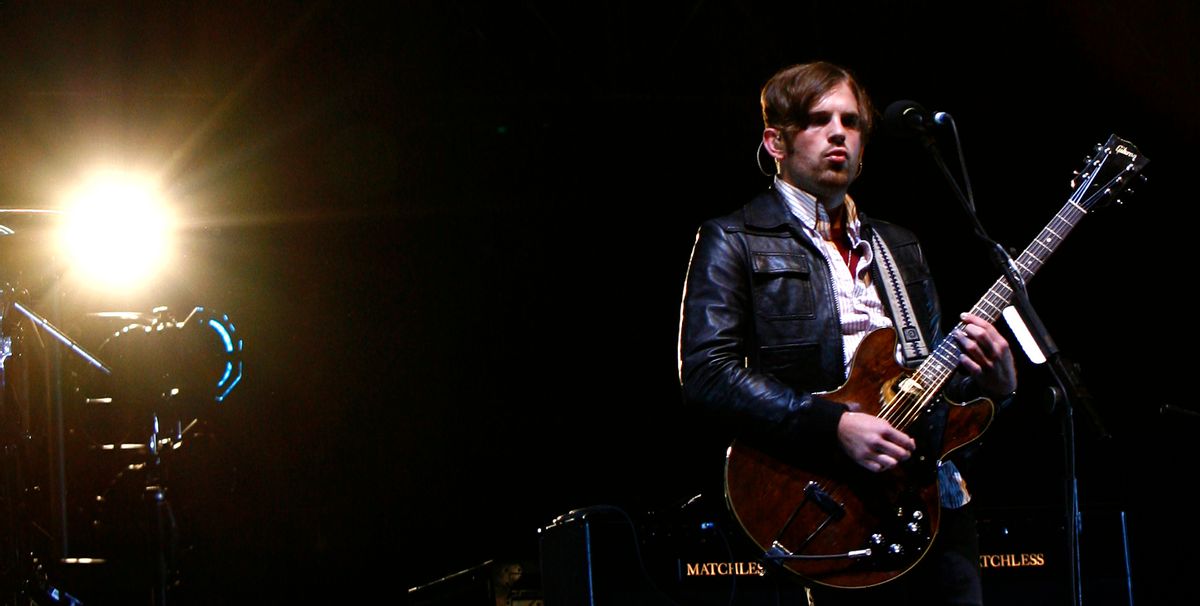 Caleb Followill should have been so 2004. That's the year his band Kings of Leon -- with their long, unruly hair, suction-cupped jeans and '70s 'staches -- became indie rock's chosen sons, renowned for their dirty-growly Southern sound and their insanely consumable back story: sons of an itinerant Pentecostal preacher turned to sin and soul. It didn't hurt that young Caleb, frontman, had the heart of a poet, the eyes of an angel and the libido of a horny teen. But a funny thing happened on the way to the Grammys. A collection of terrific albums -- "Youth and Young Manhood," "Aha Shake Heartbreak" and "Because of the Times" -- remained cockblocked on the American charts, even while our friends in England opened their doors (and, doubtless, their legs) for the band. It wasn't that the Tennessee brothers (along with cousin Matthew) were a flop, but more that -- like so many critical darlings before them -- they seemed unable to translate solid albums and a fawning indie press into album sales.

Then along came "Use Somebody."

The song, from the album "Only by the Night," built steam over months and a series of high-profile live performances, eventually becoming a No. 1 single in the States in September. At a time when too many pop songs sound plastic, beamed in from Planet Auto-Tune, "Use Somebody" is a sly and throbbing return to rock form. "You know that I could use somebody," Followill sings, dark enough that we're never quite sure if it's a plea for love or a promise to throw the next groupie out at dawn along with the recycled beer bottles. Since their entry on the scene, the Kings of Leon have cut off their Samson locks and slicked up their sound enough to piss off Pitchfork, but they have also finally delivered what Spin and Rolling Stone always promised us they would: sold-out stadium shows in the heartland, mobs of girls pulling out their hair and unhooking their bras. Finally, Caleb Followill and kin can do what rock stars do best -- resent us for their massive success.