10. George Clooney stars in three movies this winter, but it's his role in helping Darfur that makes him our hero 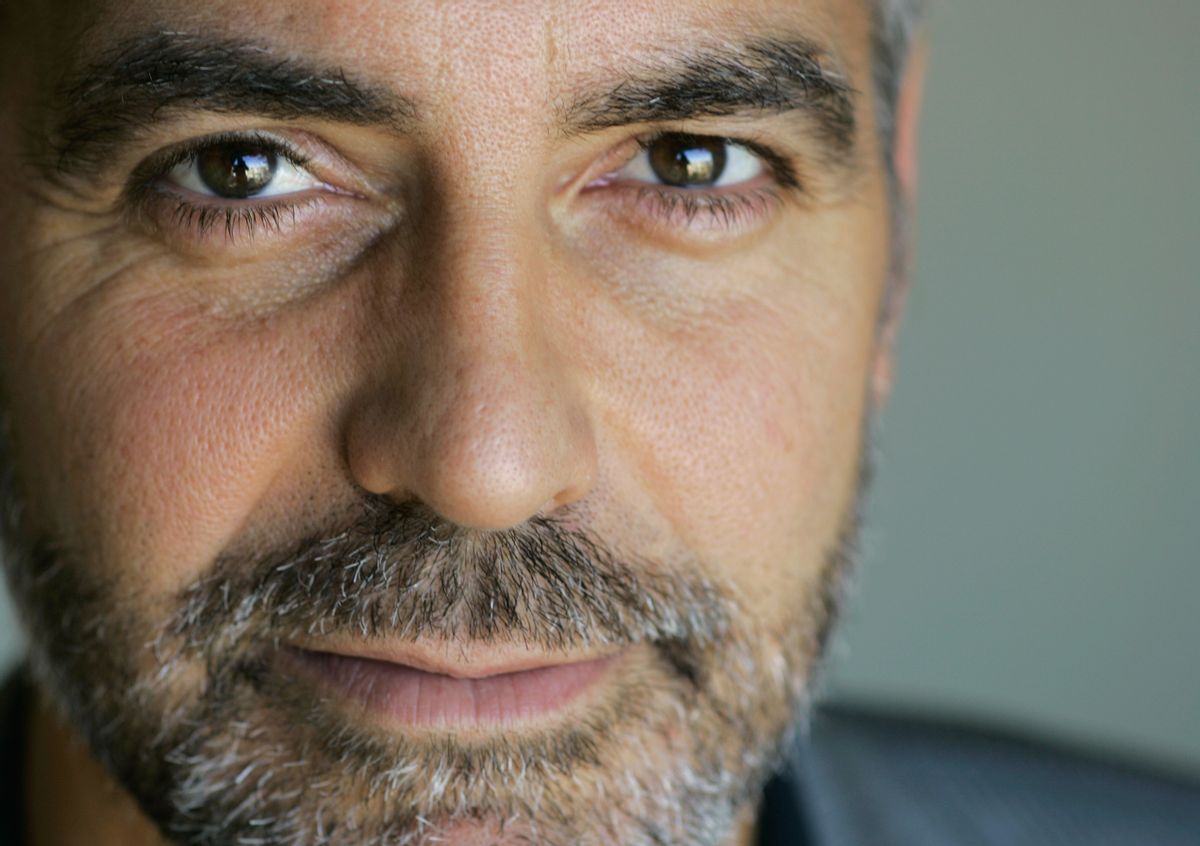 Salon has resisted the allure of George Clooney ever since we started our Sexiest Man Living awards. Sure, he's gorgeous, but he's also the poster boy for People magazine's celeb-heavy, pretty-boy list. It's not that we don't find Clooney hot -- we do, believe us, we do -- but it's Salon's role to seek out hot in places where People won't find it. Among up-and-coming actors, activists, gay sports stars, talented women playing men and 70-plus-year-old top chefs.

Still, one of us nominates Clooney every year for his rough-edged charm and for the way he handles his perennial sexy-man status: with self-deprecating humor and gobs of supermodels. (Actually, we could live without the supermodels, but we enjoy his whole ironic shtick on playboyhood). This year, though, Clooney gained real traction in our debate. He has a track record for doing odd, compelling movies with a social conscience, from "Three Kings" through "Good Night, and Good Luck," "Syriana" and "Michael Clayton." But this season he's starring in no less than three interesting, off-center films: "The Men Who Stare at Goats," "Fantastic Mr. Fox" and the still unreleased "Up in the Air," in which he gives one of the most moving performances of his long career as a professional ax-man sideswiped by romance and the recession.

But the Clooney project that really got our attention in 2009 was his effort to publicize the Darfur tragedy by traveling to that corner of hell with New York Times reporter Nicholas Kristof. Now, Kristof is a bit of a journo-celeb in his own right, but the two men together nabbed a serious spotlight for the cause. And while we've enjoyed pretty much all of George Clooney's oeuvre, including "ER" and the early days of "Roseanne" and "Facts of Life," our favorite Clooney film clip might be this video he made about bedding down with Kristof in Darfur. Some might find Clooney playing the gay-friendly straight man a bit politically incorrect, but we think it makes Clooney seem, well, omnisexual -- just delighted to enjoy a snuggle with a nerdy goof like Kristof. Watch, and try to tell us that's not endearing, and kind of sexy. If we win a Pulitzer, will Clooney shack up with us, too?