15. Jamie Oliver set out to change one school's cafeteria lunch. He's transforming how we think about kids and food 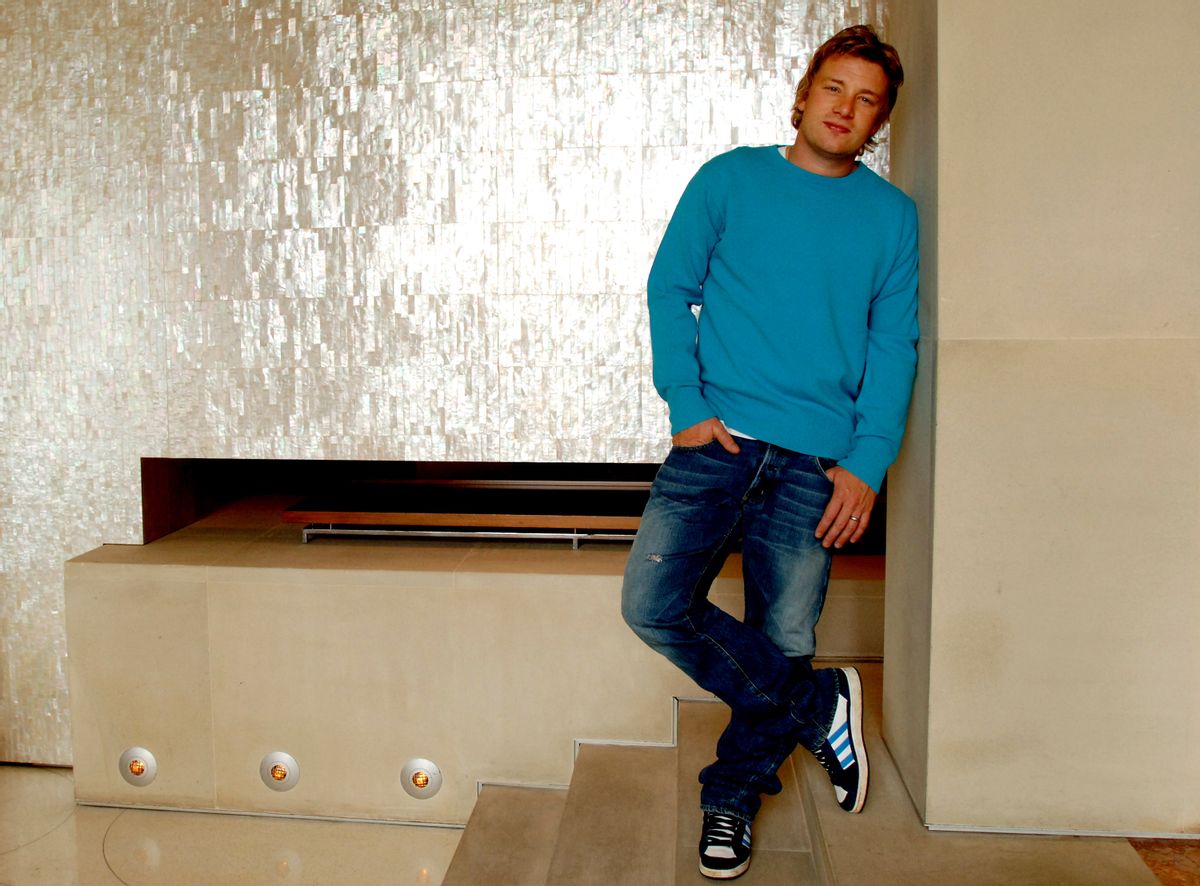 British celebrity chef Jamie Oliver poses for photographs in Sydney, Monday, Sept. 11, 2006. Oliver is in Australia to promote his new documentary Jamie's Kitchen Australia which will premiere on Network Ten on Sept. 14. (AAP Image/Tracey Nearmy) NO ARCHIVING EDITORIAL USE ONLY (Aapimage)
--

It isn't just Jamie Oliver's liberal use of olive oil that makes our mouths water. Sure, the English chef knows how to make rich, succulent meals -- he produced a lip-smacking spread of baked salmon with seashore vegetables and mayonnaise at the G-20 summit in April -- but what makes him stand out from the celebrity-chef crowd is the fire in his belly for breaking our fast-food habits.

The 2005 TV documentary "Jamie's School Dinners" illustrated the extreme measures he took to transform a London school's cafeteria lunches. He donned a goofy full-body corn suit and led an auditorium of children in song about the wonders of fruits and veggies. When the kids rejected his grilled chicken and demanded their deep-fried nuggets, he confided to the camera: "I'm going to show them what's in their fucking nuggets." (The bloke's got a delightfully filthy mouth.) And show them he did; the kids swore off "mechanically reclaimed meat" in a chorus of ewww's.

Success in that endeavor led to his "Feed Me Better" campaign, which convinced the British government to invest over a billion dollars to improve school lunches. Now, he's set his sights on America with an upcoming reality show filmed in the U.S.'s "fattest city" -- that's Huntington, W.V., by the way -- which aims to overhaul our own cooking and eating habits. This is quite a surprising turn for the man who first appeared on the scene with a cheekily titled 1999 show, "The Naked Chef." (We couldn't have been the only ones hoping for a more literal interpretation of the title.) But his almost accidental activism recently landed him on the cover of the New York Times Magazine's Food Issue.

It would be a lie, though, to say he's won us over simply through his healthy meals mission. There is the matter of those ruddy cheeks, those boyish good looks. Plus, his lispy cockney accent and the fact that he married his high school sweetheart lend him accessible charm. He's two parts Alice Waters, one part British boy band -- and that's a dish we'll happily eat any day.