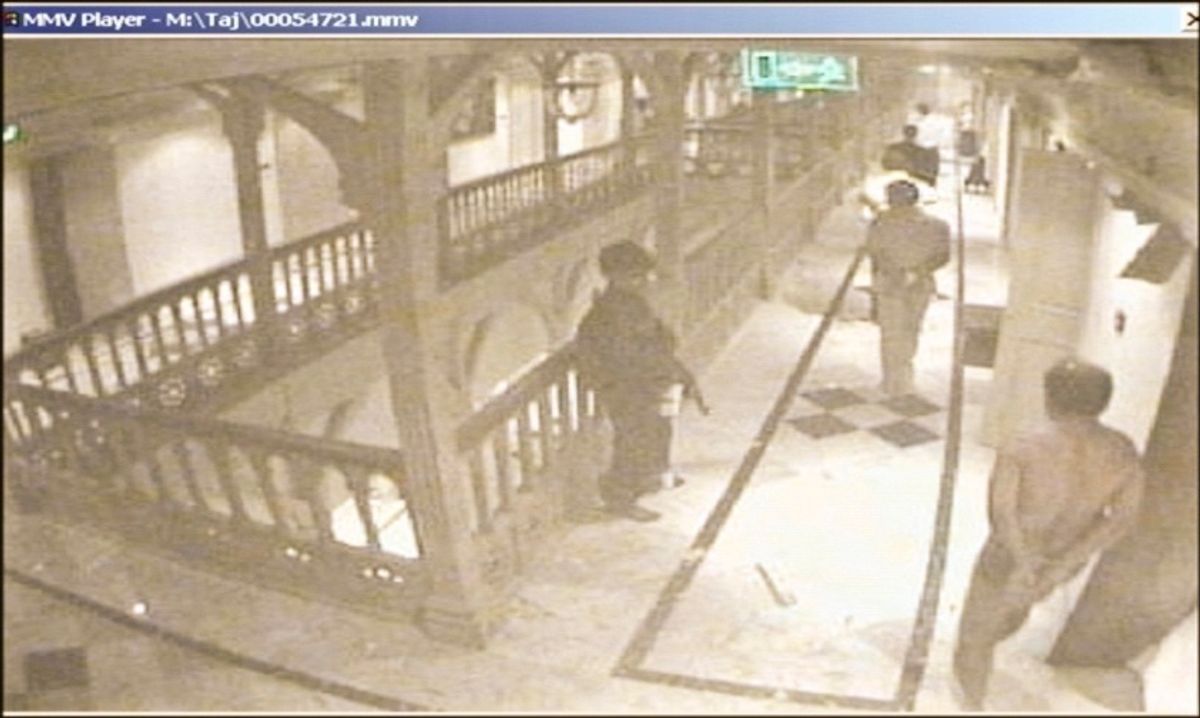 "When this is over there will be much more fear in the world." -- Lashkar-e-Taiba operative on the phone to terrorist subordinates during the Mumbai attacks

Generating fear in the world doesn't require elaborate training or flight lessons. Fear can be created just by handing out grenades and AK-47s to a few barely trained, disenfranchised young men. Fear can be disseminated through the packed crowds at a train station or a popular local bar. Fear can be broadcast over national TV, just by torching a few rooms in an expensive landmark hotel. And fear will stay in the picture for as long as hostages are held while the police mill around outside, armed only with pistols, wondering what to do next.

Fear is easy, but untangling the logistics of fear can take time. While the inner workings of a terrorist attack generally remain shrouded in mystery for months or years after the attack takes place, the mass murders in Mumbai by Islamic militant group Lashkar-e-Taiba last November are an exception. Not only did investigators have access to extensive footage of the terrorist operatives carrying out their horrifying tasks in the Taj Mahal and Oberoi hotels and at a crowded train station, not only did they manage to capture and interrogate one of the attackers, but they also tapped into a Lashkar-e-Taiba leader's phone during the attacks, giving them a clear taste of how humans are actively manipulated into committing atrocities in the name of some imagined higher cause.

HBO documentary "Terror in Mumbai" (premieres 8 p.m. Thursday, Nov. 18) cobbles together surveillance footage and video of the interrogation with cellphone audio to present a comprehensive picture of the events that left 170 dead and more than 300 wounded. But we're not left in awe of the precision and strategic cunning of the terrorists' plan as we were in the wake of 9/11. Instead, with every shot of the young men milling around or trying to kick in hotel-room doors, with every coaxing word over the cellphone, what's stunning is that such a haphazard attack could've resulted in such a staggering loss of human life. The Lashkar-e-Taiba leader on the phone hauntingly cajoles the terrorist operatives to set things on fire, to find more people to kill. At some point, one of the terrorists marvels over the phone that the Taj Mahal hotel has computers with "30-inch screens" and that the windows go from the floor to the ceiling. His boss ignores his words, trying to refocus him on more killing.

Meanwhile, captured suspect Ajmal Amir Kasab explains that he was trained for just three months in Pakistan, that his father made the deal because his family needed the money. "Who were you supposed to kill?" the investigator asks. "Just people," Kasab replies.

"Just people" includes a young boy's mother and father. "What harm did we ever do, for them to kill so many people?" the boy asks the cameras. "What do they gain from all this killing?"

And also, where were the police? Armed only with pistols and small guns, we're treated to footage of at least a dozen policemen shuffling around confusedly at the train station, wondering what to do next. The few who try to intercede are shot down immediately. Several calls are made requesting heavily armed backup, but help doesn't arrive for hours. Meanwhile, several police officials, including the chief of the anti-terrorism squad, are killed when the terrorists stop their vehicle on the street. The Taj Mahal hotel is controlled by a few terrorists with grenades and guns, but police make no organized attempt to storm the hotel. One injured victim waited in a hotel restaurant among dead family members for 16 hours before she was rescued.

"Terror in Mumbai" provides a harrowing glimpse of how unprotected most citizens are, even in the face of a seemingly primitive attack. But most of all, the film gives us a front-row view of the soul-crushing spectacle of young men who are easily convinced to murder innocent people. "You're very close to heaven, brother," the Kashar-e-Taiba operative on the phone tells one of his men when it looks like the man will soon die, dozens of hours after the attacks started. "Today's the day you'll be remembered for, brother."