8. So what if Zach Galifianakis is hairy, messy and rocking the beer gut? Confidence and hilarity are totally hot 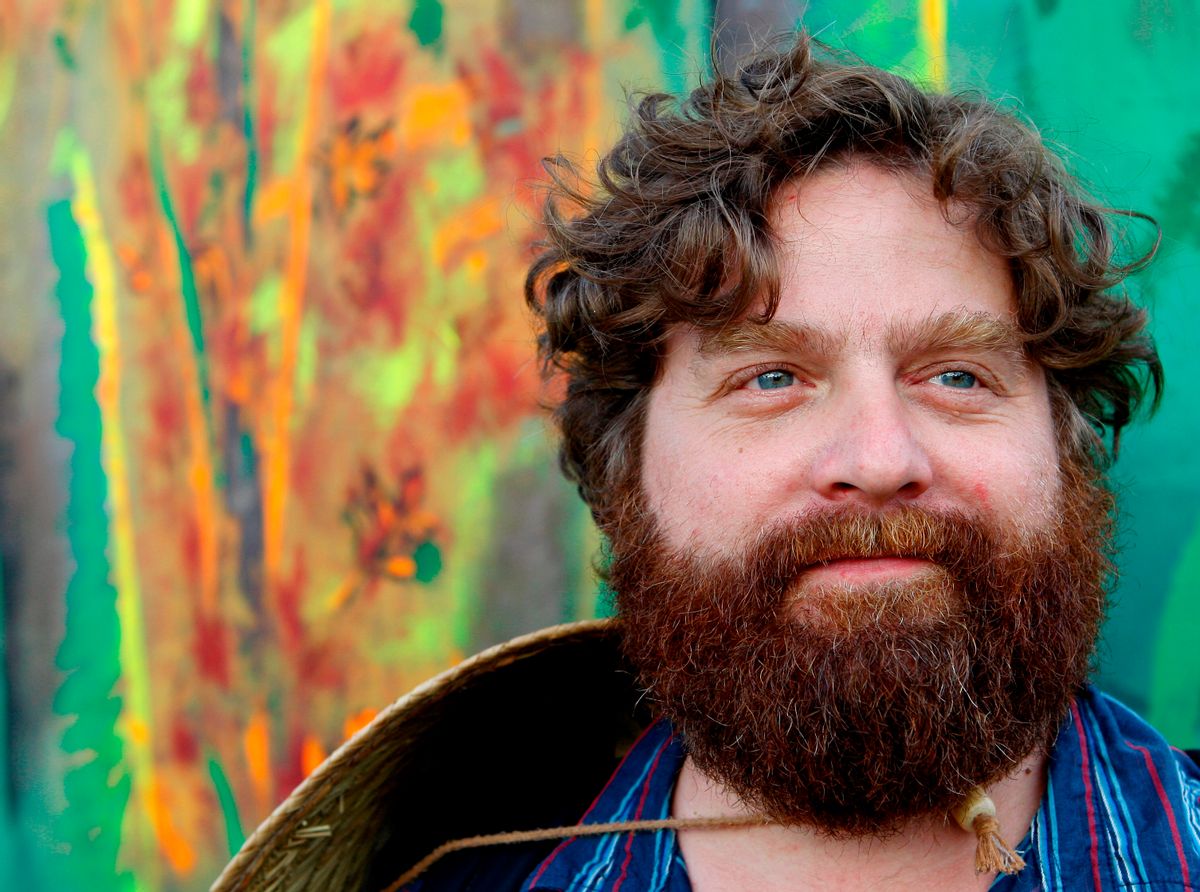 The nomination of Zach Galifianakis to the Sexiest Man Living list was so violently contested among Salon's editorial staff that it threatened to tear the very fabric of this fine publication asunder. While the pro-ZG faction asserted that he was hot, definitely hot, the anti-ZG crowd countered that they would never touch that beast of a man, with or without a 10-foot pole.

Soon, the pro-ZG coalition was galvanized to the point of possibly overstating their devotion ("Nothing gets the pants off faster than funny!" "Big, hairy men are always good in bed" -- and by the way, these are verbatim quotes), while the anti-ZG crowd threatened to boycott the entire project if the off-kilter highlight of "The Hangover" and hedonistic scene stealer of HBO's "Bored to Death" was allowed to sully this vaunted list.

Finally, male members of the anti-ZG cloister took the question home to their spouses, who surprised them by voicing adamant support of Galifianakis as unquestionably sexy, one of them going so far as to muse about whether that prickly, unkempt beard might feel a little bit like a loofah when dragged across one's naked body.

This might be a good time to remind our more G-rated, less bear-friendly audience at home that this is not the Safest, Sanest, Skinniest or Most Sensitive Man Alive list. Those more accustomed to impeccably groomed, self-serious prigs and bony, humorless mouth-breathers might have trouble inviting ZG's messy, obnoxious, overconfident jiggle into their sexual imaginations. They might say things like, "If I wanted a jolly guy with a huge gut and food crumbs stuck in his beard, I'd be driving my 15 million kids to the North Pole's Elf Montessori School right now." They might pose disconcerting questions about whether the face behind that gigantic river rat of a beard is hideously scarred or not.

The rest of us, though, find those twinkly eyes, the warbly voice and the buoyant beer belly well-nigh intoxicating. We consider turning your back on the meaty, juicy, sloppy goodness of ZG -- unconventional stand-up comic, music video actor extraordinaire, "Between Two Ferns" host, breakout comedy star of the year -- the rough equivalent of limiting your diet to legumes and tubers. Besides, look: He gets along well with kids.

You could argue that ZG is a wee bit overexposed at the moment. And although he appears unconcerned about his public image (one more reason we like the cut of his jib), he could, conceivably, wear the big-obnoxious-guy shtick thin, eventually. Think Jack Black. Blech.

But no, ZG would never go that route. Look into those pretty eyes, mysteriously framed as they are by all that untamed hair -- like some sly, modern-day Grizzly Adams. ZG has better taste than that, deep down inside. This is not the face of a man who will deign to appear in a half dozen bad romantic comedies.

Or maybe it is. Who cares? Just pass me the loofah already.