"Broken Embraces" and the ties that bind 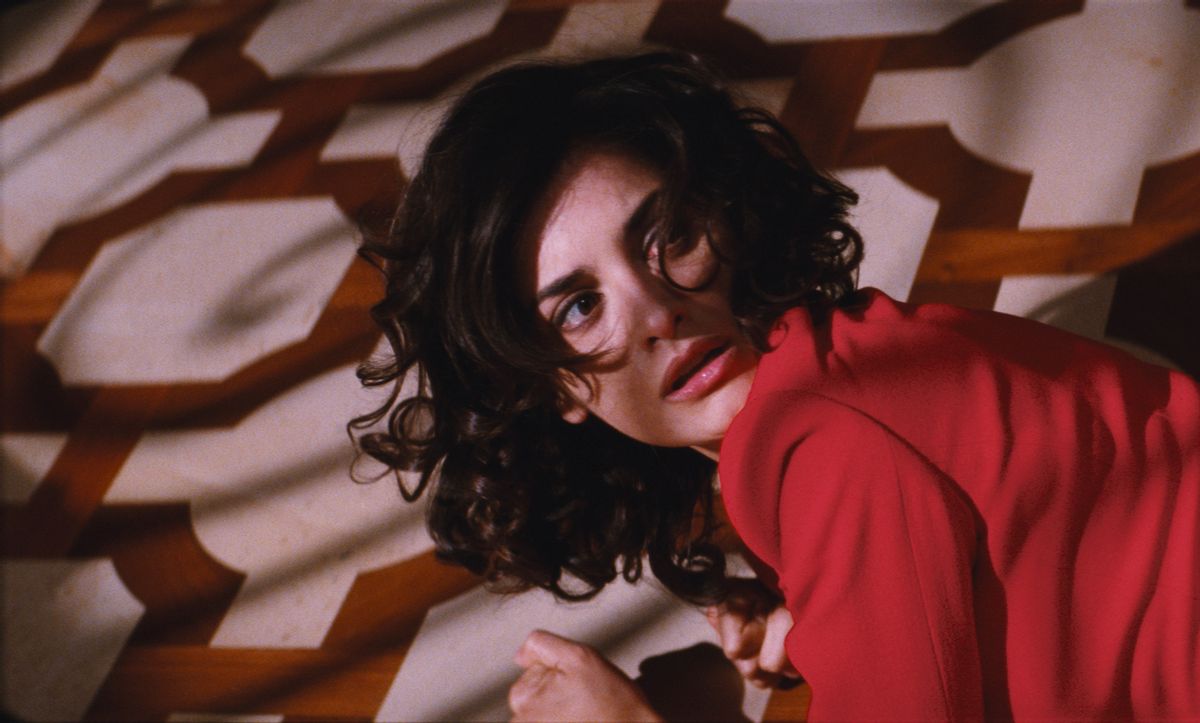 The downside to being an expressive and unrepentantly passionate filmmaker like Pedro Almodóvar is that by the time you've been making movies for more than 30 years, it becomes harder to spring surprises on your audience. By now, even those of us who love Almodóvar, who relish not just the resplendent morning-glory quality of his filmmaking but his joyful rejection of most of the things polite society considers good and proper, have a pretty accurate idea of what to expect from him.

And so in some ways, "Broken Embraces" is hardly a surprise at all. The picture, complicated and multilayered, is a melodramatic fantasy about what it means to live for movies -- to treat them as your lifeblood, or a source of oxygen. This is a picture with not one but two movies-within-a-movie nestled inside, Russian-doll style. In the movie's early moments, a blind screenwriter named Harry Caine (Lluís Homar) learns that an infamous, scandal-ridden Madrid captain of industry, Ernesto Martel, has died. That name means nothing to us -- yet -- but clearly it means something to him, as well as to his longtime friend and assistant, Judit (the wonderful, strong-willed and strong-jawed Blanca Portillo). These two are further perplexed, and distressed, when a mysterious and possibly untrustworthy documentary filmmaker, with the club-kid name Ray X (Rubén Ochandiano), appears at Harry's door, proposing a collaboration with him. As the picture unfolds, we learn that Ray X hasn't always been Ray X. And Harry Caine has not always been Harry Caine, nor has he always been blind. Seemingly in another life, he was a director named Mateo Blanco, and Martel (played, with lizardlike precision, by José Luis Gómez) bankrolled one of his films. The link between all of these characters is a woman of almost unearthly charisma, an actress with an unsavory past: In "Broken Embraces" Penélope Cruz's Lena is less a character than a spirit -- she's the ghostly representation of every face you've ever seen in the movies that you can't forget.

"Broken Embraces" offers some of the wild sensuality and go-for-broke passion of early Almodóvar, evoking the florid eroticism of movies like "Law of Desire" and, possibly my personal favorite, the deliciously perverse "Matador," a jungle flower of a movie about death and romantic obsession. Even more obvious are the nods to "Women on the Verge of a Nervous Breakdown" (longtime Almodóvar associate Rossy de Palma appears in a candy-colored cameo).

But as passionate as "Broken Embraces" is, it's also disciplined, precise, fiercely controlled -- it has a hard-on for classicism. The film feels borrowed, piece by piece, from the past, like a mosaic rebuilt from memory. It's the sort of thing that invites serious film geekery: There's an overt mention of Michael Powell's "Peeping Tom" and a clip from Roberto Rossellini's "Journey to Italy." More subtle -- if "subtle" is even remotely the right word for such a melodramatic flourish -- is a staircase tumble straight out of "Leave Her to Heaven" and a score (by Alberto Iglesias) that carries conscious echoes of the vortex of strings Bernard Herrmann created for "Vertigo."

But I think the spot-the-references challenge is a bit of a trap: As fun as it is to recognize and call out all those familiar bits and pieces, to fixate too much on them is to miss the lush beauty of the whole. "Broken Embraces" is one of the most gorgeous-looking movies Almodóvar has ever made, which is saying a lot for a filmmaker who has always been so deeply in love with visual splendor. The picture was shot by Rodrigo Prieto -- the first picture he's done for Almodóvar -- and the collaboration seems to have kicked the filmmaker's always-astonishing color sense into overdrive. Almodóvar and Prieto balance stark black-and-white -- in the op-art pattern of a patio umbrella or the tiles of a floor -- with a thousand variations on the color red, from the vibrant, suede-textured scarlet of a particularly sensuous pair of high-heeled pumps to the tomato-red of, well, tomatoes. In one sequence Lena, exhausted and repulsed after her cruel, controlling and much older lover has been grinding away at her in bed for hours, stares at herself in a bathroom mirror: There's self-loathing in her eyes, a kind of deadened hardness, and her mouth, turned down as if yielding to the powerful gravity of disappointment, is a colorless slash. She knows she looks horrible, and says as much to the image in the mirror. But she knows she has to get back to the business at hand, and so, minutes later, she reenters the bedroom where her lover is waiting -- if, that is, he hasn't literally screwed himself to death -- only now her face is dewy and alive with color: Her eyes glitter, her lips are once again pillowy and crimson. She's like Dorothy crossing through the doorway between Kansas and Oz, although this particular Oz isn't a place of wonder and discovery but of habit and unhappiness.

Cruz's Lena is the soul of the mystery Almodóvar is spinning out here. The blind writer and former filmmaker, Harry/Mateo, is the lost explorer who is, quite literally, wandering in the dark, in search of the meaning behind images. Homar's performance captures the character's virility as a form of sensitivity: Harry/Mateo is sexually feral, yet his very magnetism also makes him vulnerable. He can get whatever he wants with his good looks and charm, but hanging onto those things is another story -- the woman he loves most in the world (you can guess who it is) is cruelly wrenched from his embrace, pretty much literally.

This really is Cruz's movie: Almodóvar is her North Star -- following his lead, she's always found her surest and most graceful footing as an actress. In his last picture, the noir-comedy ghost story "Volver," she played a no-nonsense yet glamorous earth mother: With her swooping eyeliner and tousled up-do's, she was a direct visual reference to '50s-era Sophia Loren. In "Broken Embraces," she takes the idea even further, channeling a greatest hits of feminine icons: Audrey Hepburn, Marilyn Monroe, the original 1959 "Ponytail" Barbie. At one point an on-set hairdresser tries to put her in a Goldie Hawn wig (causing Mateo to caution that he doesn't want her to look like a "poodle"). In her American movies Cruz, with her helium-balloon squeak of a voice and exaggerated Cleopatra eyes, has often come off as too cute and too self-conscious. Almodóvar allows her to smolder, although he also lets her be adorable when it's called for -- and she is awfully adorable in that Barbie-doll ponytail.

But Cruz doesn't coast on her beauty in "Broken Embraces," and she has the kind of role that can be difficult to flesh out. To play the embodiment of dreams, do you really need more than a killer bod and a few strapless dresses? Maybe, at the bare minimum, that's all it takes. Cruz adds something more here: There's a crystalline hardness to her -- her character is conscious, to a ruthless degree, of her own beauty, and she knows the price of everything it can buy her. Yet Cruz can go deeper, as we see in that moment where Lena stands before the mirror, seriously assessing, perhaps for the first time, the godforsaken territory of her own face. In that moment, Cruz embodies the exhaustion of being a dream girl. A few minutes later, when she's had a chance to freshen up and apply some blush, her face will once again be a map of all the dreams and desires that movies can inspire in us. Almodóvar reaches out toward that dream in "Broken Embraces," and we do, too -- how could we not? Cruz's is a celluloid face in a digital world, and for Almodóvar, there's nothing so fragile and enduring.