3. A politician who's genuine as well as goofy? Conan may have a beef with Cory Booker, but we admire him to pieces 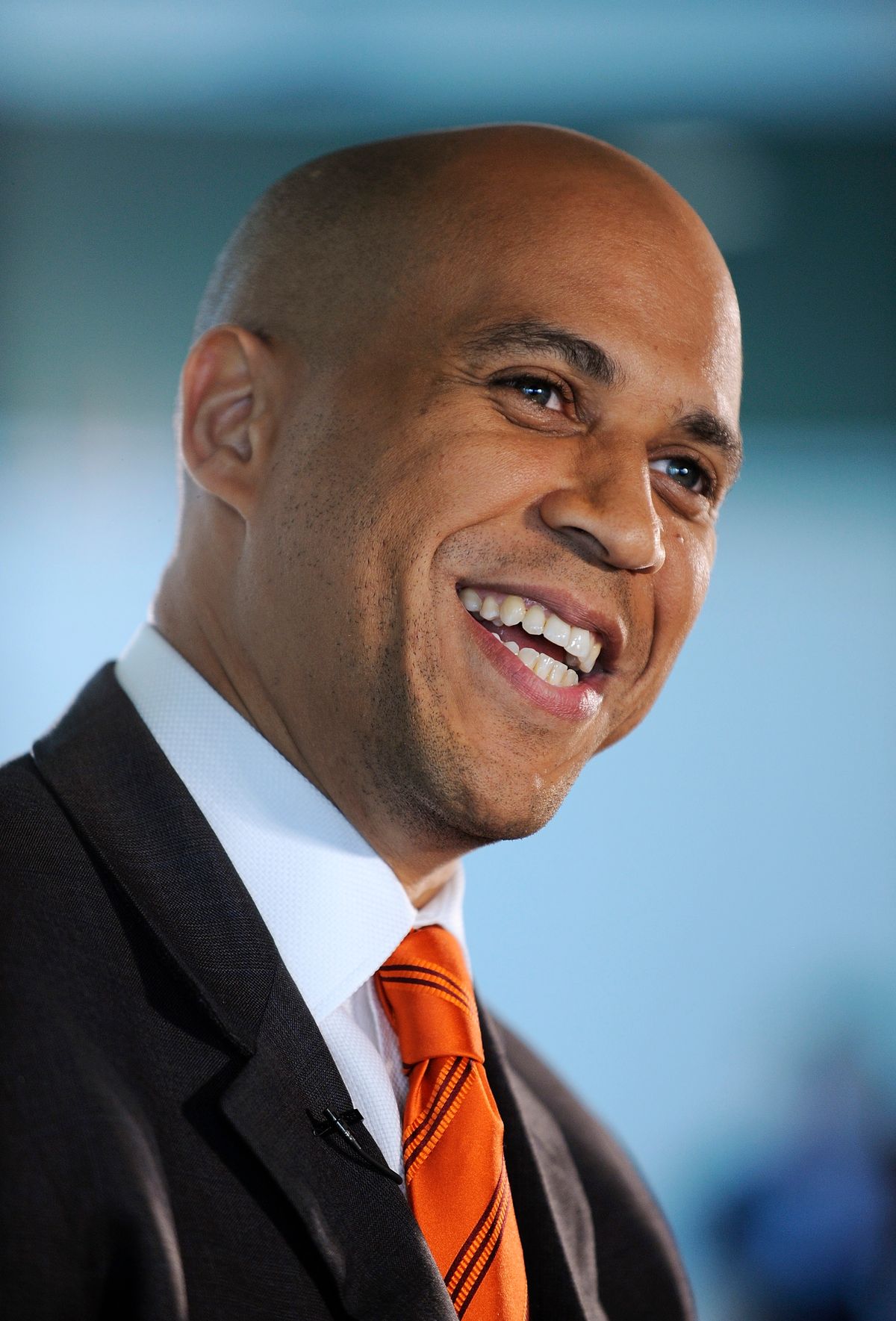 Cory Booker, Mayor of Newark, New Jersey, smiles during an interview at the Newseum in Washington October 2, 2009. The interview was part of the First Draft of History event, held by the Atlantic Magazine and the Aspen Institute to bring together newsmakers, historians and journalists. REUTERS/Jonathan Ernst (UNITED STATES POLITICS) (Reuters)
--

Everybody loves Newark, N.J., Mayor Cory Booker. But is he sexy? This caused some internal debate in Salon's SML headquarters.

Sure, we love what he does, what he's all about. We find his straitlaced, über-nerd delivery adorable. Exhibit A: his comic throwdowns with Conan O'Brien.

Exhibit B: His Twitter feed. (Recent tweet: "Sorry, been a long day & I have 2 do this: Q) Why did Tigger & Eeyore have their heads in the toilet? A) They were looking for Pooh.")

We admire him to pieces, sticking around Newark after losing to a dirty machine politician in 2002 and eventually winning and making things right in 2006. We love that he plays midnight basketball with neighborhood kids, and turned down a choice gig in the Obama White House because he was committed to turning around his troubled city. We are startled and amazed that he can repeatedly open up his life to documentary cameras (for "Street Fight" back in 2002 and again for this year's riveting "Brick City") and never once come across as anything but genuine. We wish he were our mayor -- and your mayor, too.

But, really. Sexy? He gives off that confusing, G-rated vibe that makes straight people think he's gay, and gay people think he's some sort of alien (rumors that he's dated both Arianna Huffington and Gayle King dispel neither theory). But it's precisely that black hole of vanilla goodness that pulls us inexorably toward him. That giddy energy, that giggly smile. We think that, with a little help, when the cameras are gone, the basketball has stopped and the mayoral aides have scurried off to their families, he's got a serious groove ready to unleash. He says he's always looking for volunteers. Our hands are up!