Chief of our staff

7. Rahm Emanuel is a foul-mouthed former ballet dancer advising the most powerful man on earth. We'll vote for that 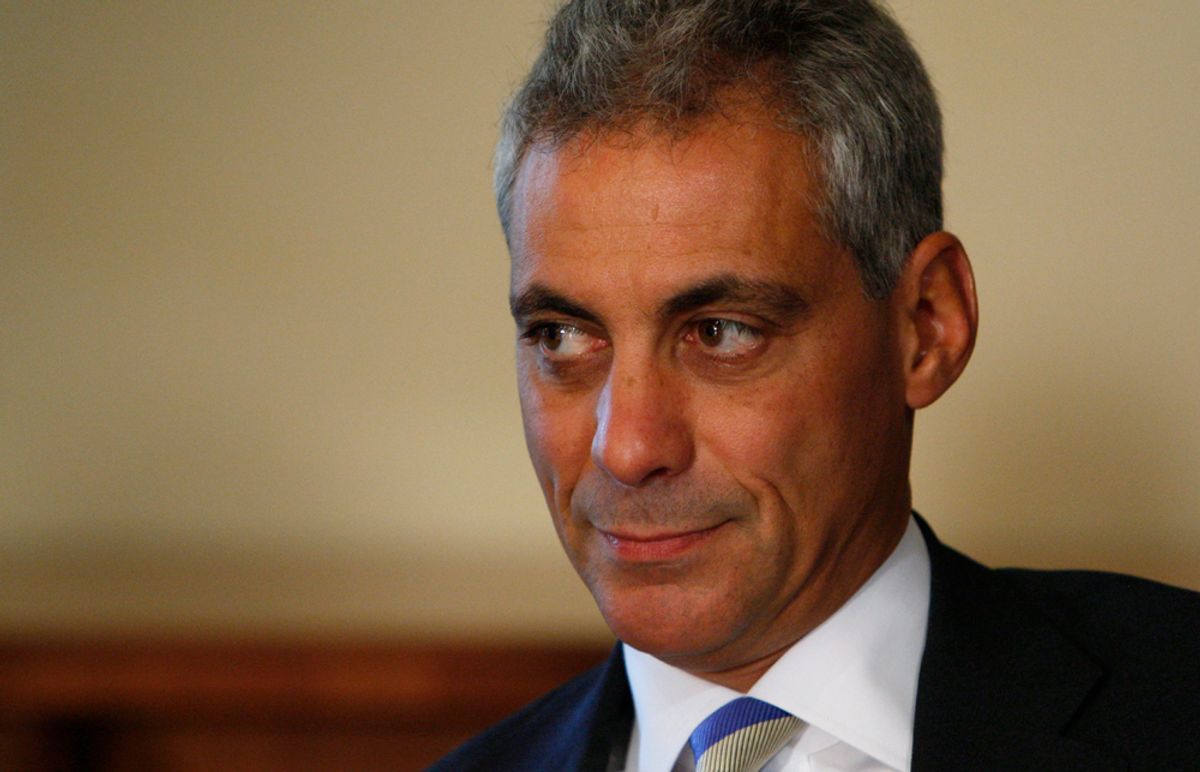 Power is the ultimate aphrodisiac. So even if the White House chief of staff weren't good-looking, he'd still be a walking pheromone. Athleticism and grace are always a plus, ergo an ex-ballet dancer who turned down a scholarship from the Joffrey would be irresistible. A temperamental bad boy leaves us weak in the knees, so a man who would send a dead fish to an enemy is someone we'd like to get to know, wink-wink. And if he lost part of a finger working at an Arby's? Well, nothing puts us in the mood like a Big Beef 'n' Cheddar. Add smoky bedroom eyes. Add dimples. Add hair streaked with silver. Put it all together, and you either have the product of the focus group inside our heads -- or you've got Rahm Emanuel.

The world is full of men who are movie-star pretty, and other politicos who are sensitive and stalwart. Rahm Emanuel says, screw that. He's a foul-mouthed father of three whose blistering antics earned him the Clinton-era nickname "Rahmbo." Even when he's buttoned up in a suit and tie and talking about healthcare, there isn't a pore of his body that isn't exuding dirty, sexy swagger. All of which makes him the hottest damn thing since melted cheese.