A wobbly Democrat's moment of truth

Pressured from both sides, will a poll-wary Sen. Blanche Lincoln help the GOP sink healthcare reform? 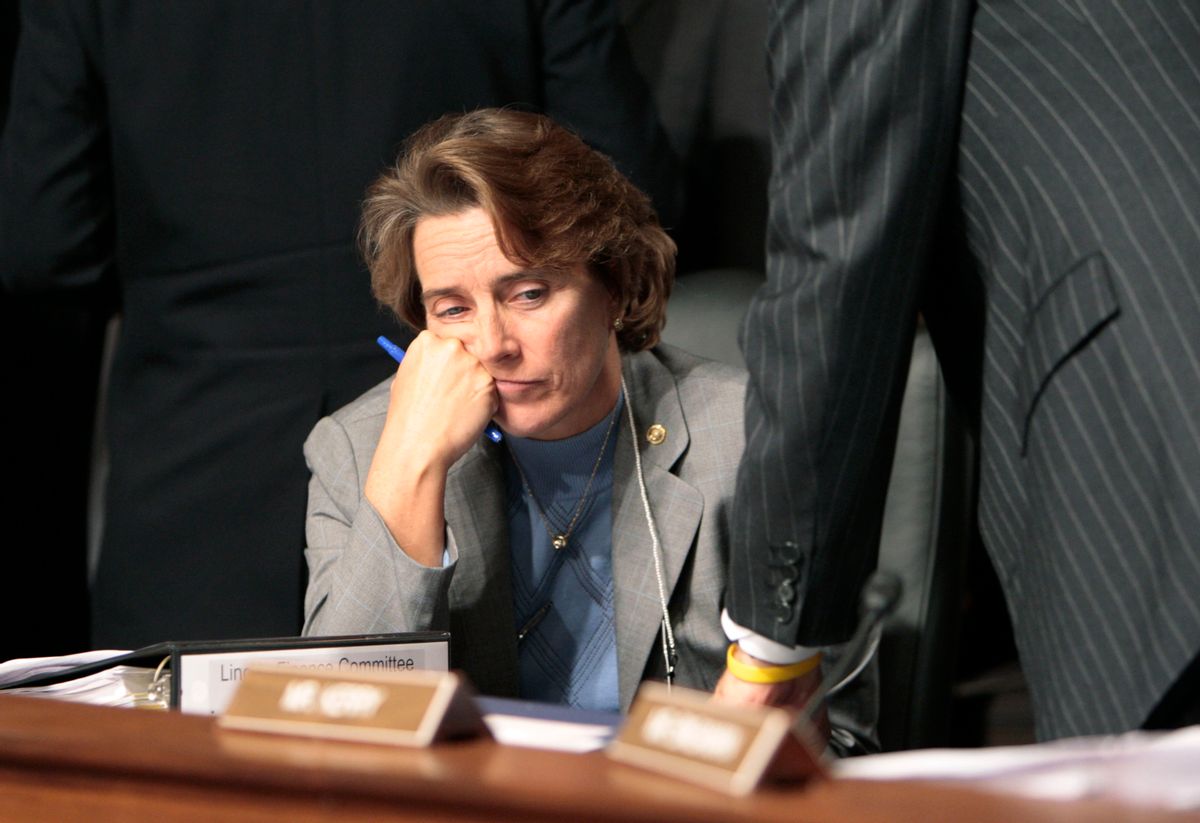 On the very same day that Blanche Lambert Lincoln will finally vote on whether to allow healthcare reform to reach the Senate floor, thousands of the dithering Arkansas Democrat's uninsured constituents will be lining up to see doctors at a free medical clinic in Little Rock. Anticipating this remarkable coincidence, Lincoln may even realize that conservative ideologues and insurance lobbyists are not the only voices that should command her attention during this debate.

Among the handful of Democratic senators who have threatened to support a Republican filibuster, Lincoln is alone in facing reelection next year. Her weakness in recent polls, which suggest that well under half of her home state's voters approve of her performance, has clearly frightened her and emboldened nearly a dozen Republican candidates who want to run against her. Despite careful pandering to right-wing opinion, she has inevitably become a prime target of the National Republican Senatorial Committee, which has vowed to punish her for voting with her party on healthcare.

But as that fateful tally approaches, Lincoln is at last feeling serious pressure from Democrats as well. The man who brought the free clinic to Little Rock -- along with "Countdown" host Keith Olbermann -- is Lt. Gov. Bill Halter, who could be encouraged to enter a primary against her should she uphold the Republican filibuster. A former Clinton administration official and Rhodes scholar, Halter raised his profile by establishing a popular statewide lottery, with proceeds dedicated to education.

When Halter was asked on "Countdown" whether he might run for Lincoln's seat, he didn't say no. No doubt he knows that the activists who belong to Moveon.org and Democrats for America have vowed to raise millions of dollars to support a primary opponent for Lincoln unless she votes for cloture.

Lincoln's position is especially perilous at the moment because no matter what she says or does, her ratings seem to decline. Back in July, she wrote an Op-Ed essay on healthcare reform for the Arkansas Democrat-Gazette, the state's largest daily newspaper, indicating that she supported "real" reform, including either "a quality, affordable public plan or non-profit plan that can accomplish the same goals as those of a public plan." In that same essay she went on to berate "the opponents of reform, who have no real plan for improving health care," for reviving the "tired arguments of the past," with their warnings about "a Washington takeover of health care which will raise your taxes, get between you and your doctor, and eliminate private insurance." She warned Arkansans not to be misled by those who would use such "misinformation" to stimulate fear and block change.

But as her poll numbers plummeted and her position shifted sharply to the right, Lincoln herself quickly became a purveyor of misinformation, particularly concerning the public option. In a September speech at the University of Arkansas medical school, the senator described a bill that does not exist. "For some in my caucus, when they talk about a public option they're talking about another entitlement program, and we can't afford that right now as a nation," she said. "I'm not going to vote for a bill that's not deficit-neutral, and I'm not going to vote for a bill that doesn't do something about curbing the cost in the out years, because it would be pointless ... I would not support a solely government-funded public option."

As Lincoln certainly knows by now, because she claims to have read every page of the pending bills, the public option is neither an entitlement nor solely government-funded, but is to be financed with premiums from its beneficiaries. As for the cost of reform, she also knows that the Senate bill saves hundreds of billions of dollars over the next two decades, according to Congressional Budget Office scoring.

Running away from reform, Lincoln looked weak rather than thoughtful, and cowardly rather than centrist. Her numbers have not improved, and the Republicans are mocking her as a flip-flopper. The damage to her standing among Democrats could make the difference on Election Day, because many voters who pulled the lever for her in 2004 will simply fail to show up. A Democratic state senator who has supported Lincoln in the past told me that she recently sent a message to Lincoln's office: Healthcare is a "line in the sand," not just another issue.

It was Bill Clinton who uttered the most pungent criticism of Lincoln in recent days, however, although he didn't mention her by name. Speaking at a luncheon to celebrate the fifth anniversary of the opening of his presidential library in Little Rock on Wednesday afternoon, he berated the opponents of reform for preserving a system that spends far more than other developed countries for worse care -- at least $900 billion annually, according to his back-of-the-envelope calculations.

Clinton asked his audience, which included hundreds of Democratic donors and activists, to imagine a scenario in which he could somehow run for a third term as president (which drew enthusiastic applause). Then he asked them to consider what would happen if he offered the following campaign promise:

"How many people do you think would vote for me?" he demanded. "If you don't want to reform healthcare, that is your position. That is what you are advocating."

Lincoln wasn't there, but she could have heard the roaring laughter all the way back in Washington.