Iran's nuke negotiator: "We have nothing to hide" 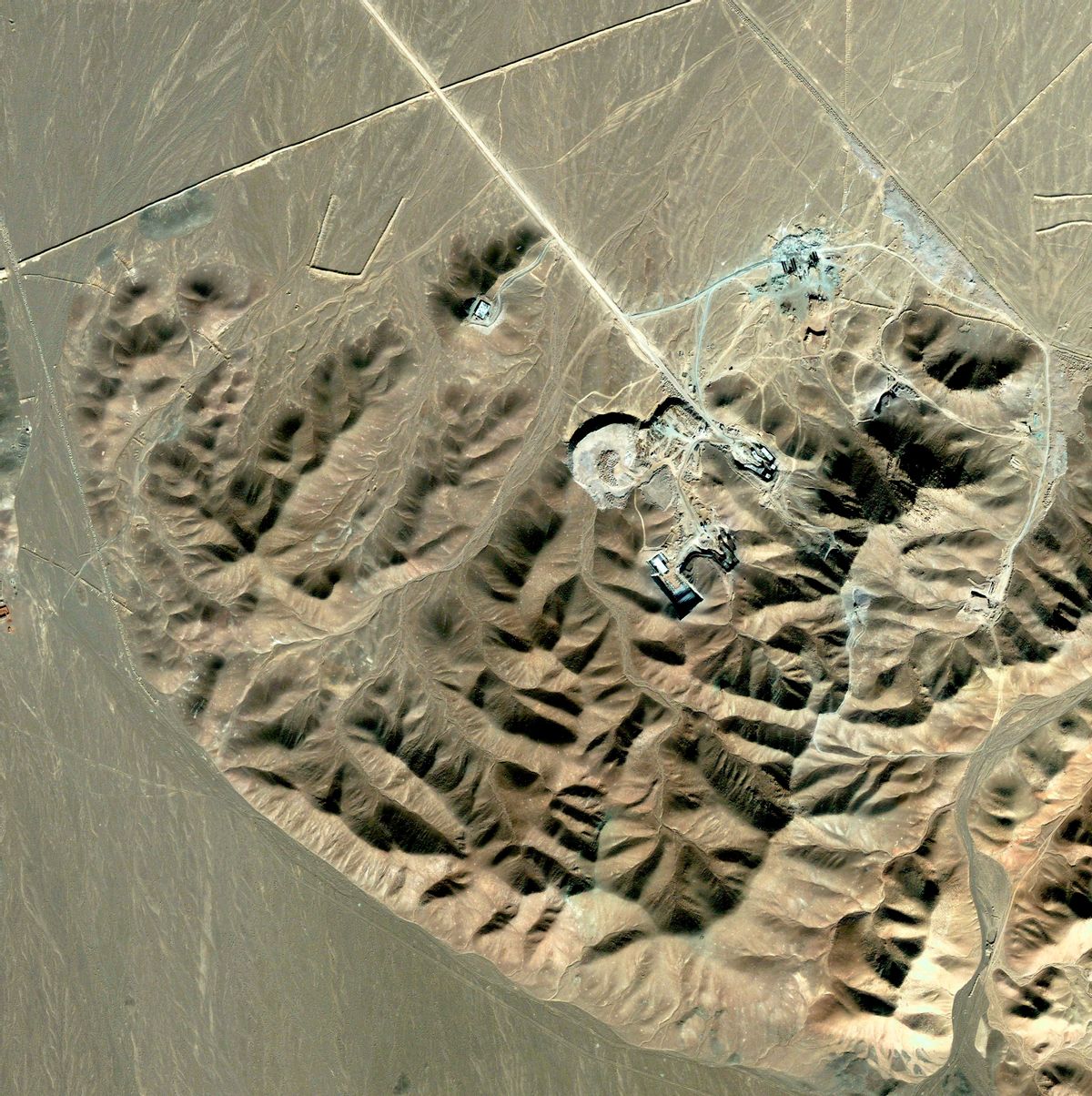 A view of what is believed to be a uranium-enrichment facility near Qom, Iran, is seen in this satellite photograph released September 25, 2009. Iranian President Mahmoud Ahmadinejad said Friday the United States, Britain and France would "regret" accusing Iran of hiding a nuclear fuel facility, saying it was not a secret site. REUTERS/DigitalGlobe/Handout (IRAN SCI TECH POLITICS IMAGES OF THE DAY) FOR EDITORIAL USE ONLY. NOT FOR SALE FOR MARKETING OR ADVERTISING CAMPAIGNS. MANDATORY CREDIT (Reuters)
--

Ambassador Soltanieh, last Wednesday, your government announced that it would not transfer the enriched uranium stored at the nuclear facility in Natanz abroad so that it can be further refined there. In doing so, Iran backed out of an agreement that it had made at the nuclear talks held in Geneva in early October. Is this Tehran's idea of building confidence?

I'm not sure how you arrived at this interpretation of the negotiations in Geneva. There, we stated that our research reactor in Tehran needed uranium that was 20 percent enriched in order to produce radioactive isotopes that could be used, for example, for radiation therapy in hospitals. We wanted to negotiate the concrete course of action in additional talks, and we still want that. But that's up to the IAEA [International Atomic Energy Agency] in Vienna, where I am the head of our delegation. We urgently need fresh supplies for our reactor -- 200 hospitals are depending on it.

Turkey is trying to hammer out a compromise and is offering to store the uranium for Iran. But Iranian Foreign Minister Manouchehr Mottaki says that the leadership in Tehran is insisting that the uranium be exchanged for fuel within Iran.

We need guarantees that we will get fuel in return for our uranium. Given the way we've been treated by the West over the last 30 years, we have plenty of reasons to be mistrustful.

That's something that cuts both ways. The West doesn't believe that Iran's uranium-enrichment activities in Natanz are only for civilian purposes. You have already produced roughly 1,800 kilograms (around 4,000 pounds) of low-enriched uranium. If that were highly enriched, it could also be used to build a nuclear weapon.

It's absolutely our right to enrich uranium for civilian purposes. Everything is happening under the supervision of the IAEA. We have nothing to hide.

But you built a nuclear facility in Qom that is hidden deep within a mountain.

Our decision to build in Fordo was the consequence of our having been under constant threat of a military attack. We have an "organization for passive defense" that has introduced precautions for an emergency throughout the country. Having protected facilities should help guarantee that, even in the case of an attack, the sensitive parts of all Iranian organizations will be able to function.

Nuclear experts see Fordo as a very serious indication that Iran is pursuing a program to develop nuclear weapons.

That isn't in the report of the IAEA's director general. I refuse to tolerate such politically motivated interpretations. Iran's nuclear agency does not have any other locations apart from Fordo.

On the basis of satellite images, IAEA experts say that the first work at Fordo started in 2002. The construction there is said to have reached an "advanced" stage in the meantime.

The earlier activities were the responsibility of our defense organization. The nuclear agency only took control of the premises in the first half of 2007. Since then, foundations have been laid, upon which the equipment will be placed. The experts from the nuclear agency [IAEA]  were recently in Iran for four days, and they spent two whole days in Fordo. There are still no centrifuges installed there, and no nuclear material is stored there. But, if there is an attack, we will continue our uranium-enrichment activities there so that this process is not interrupted at any time.

If Iran doesn't come around, the Israelis might carry out just this kind of military attack, seeing as they feel particularly threatened. US President Barack Obama is considering new sanctions, and even China and Russia seem to be losing their patience.

Don't threaten us. We're not going to abandon our enrichment activities in Iran. We are proud that we have mastered the nuclear fuel cycle, and no one can strip us of this ability. We also aren't going to allow ourselves to be blackmailed on the basis of our fuel problem. If other countries don't want to help us, we'll be forced to simply make highly enriched uranium ourselves. The material is vitally important for helping us treat cancer patients in our hospitals using radiation therapy.