An environmental lawsuit threatens the U.S.'s biggest producer of a controversial delicacy 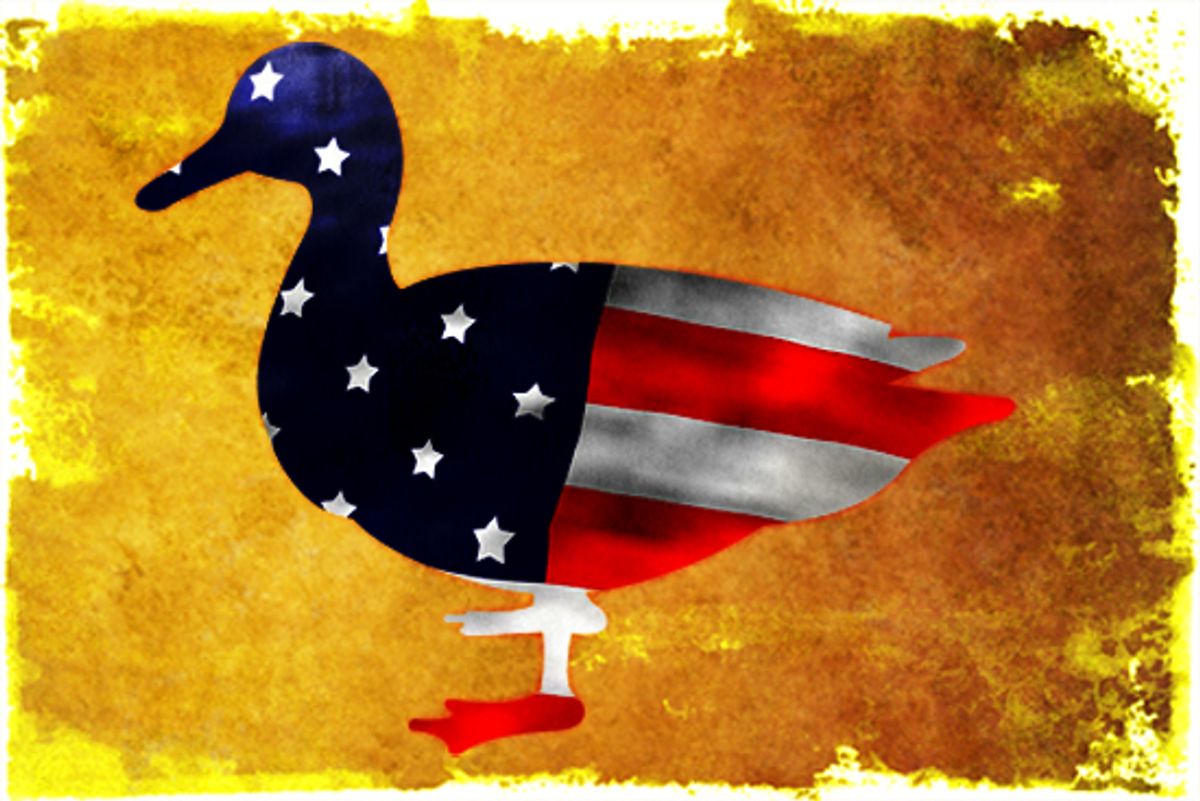 But it's the opposition from animal rights groups -- specifically a legal dispute between the Humane Society of the United States and New York's Hudson Valley Foie Gras -- that could spell the end for American-bred foie gras.

The Humane Society's case against the Hudson Valley, the nation's largest producer of foie gras, dates to 2006, after the group gained access to farm files that showed elevated pollutant levels in its animal waste records. The lawsuit aims to make the farm pay hundreds of thousands of dollars to the state in penalties. Rick Bishop, Hudson Valley's animal welfare officer, blames the lawsuit on a bookkeeping error -- claiming that a missing decimal erroneously magnified pollutant figures. But in August, the Humane Society won discovery, and although the conditions are still being negotiated, it is likely to give the Humane Society considerable access to the farm. As a result, Bishop is concerned that the Humane Society will use the lawsuit to put together another publicity campaign.

"If they smear us as environmental polluters that's going to have a lot of clout," he says. He worries the legal fees and potential financial fallout will put the farm at risk of closure. "They have the upper hand," he says.

And why is the Humane Society, a group most of us associate with protecting puppies, so concerned about environmental violations? Over the past years, the group has become a political and litigious force to be reckoned with. According to Mark Caro, author of "The Foie Gras Wars,"

one of the group's newer strategies is to bombard farmers it doesn't like -- like foie gras producers -- with lawsuits, and deluge them with legal bills.

"The Humane Society is going after a lot of things that don't have to do with the forced feeding of the ducks " says Caro. "Foie gras farms don't have these huge profit margins to keep battling these things." It's a strategy that's found success for two other groups, In Defense of Animals and PETA in California, with their lawsuit against that state's only foie gras producer, Sonoma Foie Gras. "The farmer didn't have the money to defend himself," says Caro. According to Caro, the farm was indemnified from legal action until its dissolution in 2012, when the state's new foie gras ban goes into effect. "Now they can't sue Sonoma, so they go after Hudson Valley."

The Humane Society objects to the notion that it's using its lawsuits as a political weapon. "We're concerned about pollution, and that affects wildlife," says Peter Petersan, the group's director of animal protection litigation, "and that's an animal welfare concern." But this isn't the first lawsuit it's directed at Hudson Valley (it has already attempted and failed to get foie gras banned in New York as an "adulterated food"), and Paul Shapiro, senior director of the group's Factory Farming Campaign, says that it makes sense to pursue a case against a farm that he claims is both creating environmental damage and "abusing farm animals." He says, "This case has the potential to shine a bright light in a very dark area of factory farming."

Shapiro's characterization of Hudson Valley as a "factory farm" is a particular slap, since Hudson promotes itself as something entirely different. Animals aren't confined to small cages, they say. The farm has an independent animal welfare auditor, and has been working with Temple Grandin, a well-known animal welfare expert, to minimize the trauma to its animals.

While Grandin doesn't come out and endorse Hudson Valley's force-feeding of animals, she says: "I think they are trying. I think they've made a lot of improvements. There are certainly a lot of places out there that are doing a lot worse than Hudson Valley."

The Village Voice's Sarah DiGregorio visited the farm earlier this year, and didn't come across any sick or dead ducks, or any trace of vomit (which would have indicated unhealthy conditions). She came away impressed with the farm's efforts, and concluded that "the fact that some industrial farms elsewhere are making foie gras in inhumane ways doesn't mean that all foie gras production is inhumane." While the process known as "gavage" -- in which the fowl are force-fed several times a day, to help enlarge their livers -- is still controversial, Bishop (and many food journalists) argue that it's painless procedure.

Then why is the Humane Society so aggressively pursuing Hudson Valley? Clearly, it remains unconvinced that foie gras can be produced ethically (Shapiro calls the practice "cruel and inhumane"), but according to Caro, foie gras farmers are also an ideal target because they're so easy to vilify. "It's basically this perfect storm of factors. It's a duck and people like ducks; it's sticking a metal tube down the throat, which most people think is awful; it's making their livers expand and eating liver, which people think is gross; it's a French delicacy and most people think it's foreign; and it's expensive." And, most important, "this is an animal treatment battle that the movement thinks is winnable."

Ominously, if Hudson Valley Foie Gras does close, only one other major producer will remain in the U.S. after 2012, and restaurants and diners will likely turn to other countries to fill their plates, including those with less ethically aware producers. Many foie gras farmers in Canada, for example, keep their animals in small cages, in factory-farm settings, according to Caro. "Most animal rights people would argue that the treatment there is worse," says Caro. Shapiro admits that an influx of foreign foie gras would be a downside to any potential decrease in American foie gras production, but he argues that a countrywide ban on the product's sale would mitigate the change's effects. Still, given that it's hard to envision such a measure happening soon, it's unclear who the real losers in this battle are -- consumers, foie gras farmers or the ducks themselves.