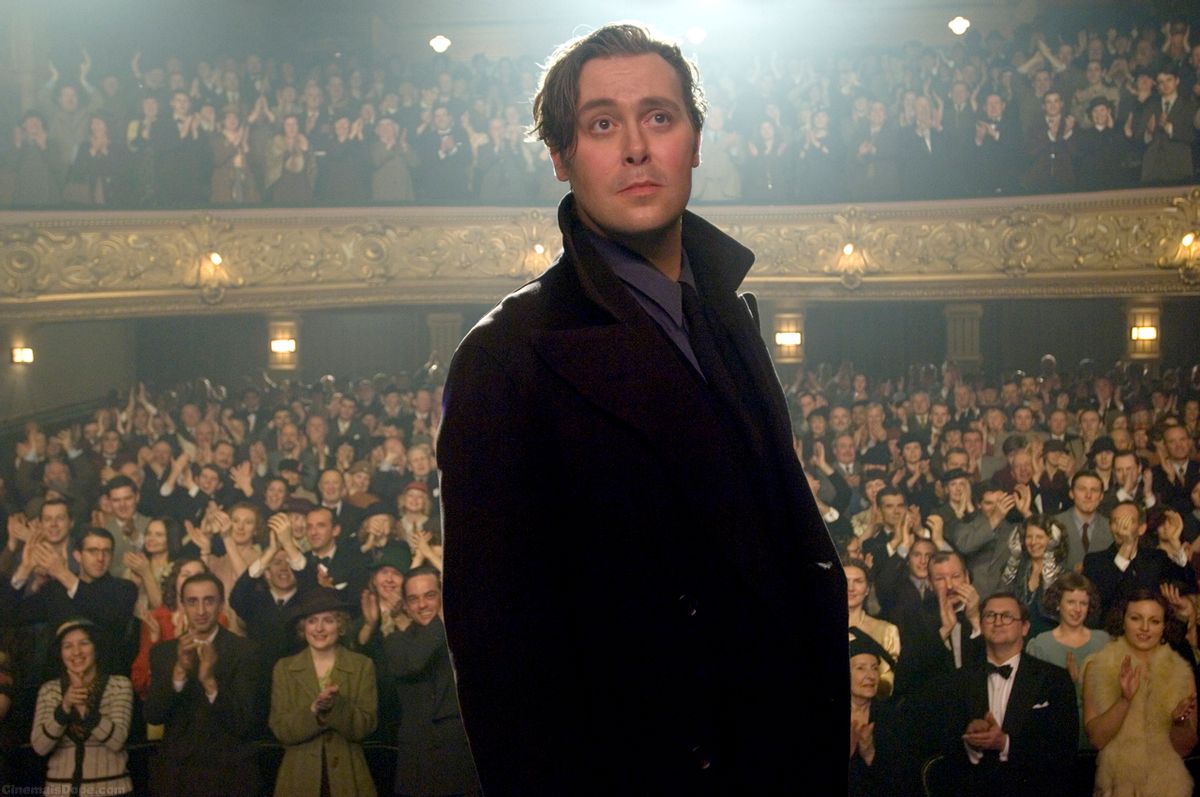 Whether filmmaker and actor extraordinaire Orson Welles knew he was great from the beginning or made himself great out of sheer will is one of the great mysteries of show business. And with his charming if whisper-weight "Me and Orson Welles," director Richard Linklater does little to either illuminate or puncture that mystery: He allows, simply, that Welles was a genius creation of either God or man.

The picture, based on Robert Kaplow's novel of the same name, takes place during the course of one week in 1937, just as Welles is getting his Mercury Theater off the ground. Welles, played by English actor Christian McKay, is putting the final touches on an ambitious production of "Julius Caesar," in which he's cast himself as Brutus. Impulsively and casually, he hires a school kid and wannabe actor, Zac Efron's Richard, to play the role of Lucius. The main requirement for the part is that Richard should be able to play a ukulele disguised as a lute, though he also learns, from Welles' comely and ambitious assistant, Sonja (Claire Danes), that the actor previously cast in the role had been unceremoniously dismissed by Welles, not because of a personality conflict, but because the younger actor had a personality, period. Welles may pretend to share the stage with his fellow actors, but he leaves no doubt this is his show.

And so Richard begins a whirlwind week that involves rubbing shoulders with other actors in the Mercury troupe, among them Joseph Cotten (channeled beautifully by James Tupper), who's busy sleeping his way through every girl in the Manhattan phone book, and George Coulouris (Ben Chaplin), who wears a veneer of coolness but who's really a nervous wreck. Richard also, of course, can't help wanting to woo Sonja, even though a young, aspiring writer he's just met, Zoe Kazan's Gretta, falls more safely into his league.

This is a standard coming-of-age story set in a milieu that's anything but standard, and that's what keeps the picture's motor running. Linklater is nothing if not a versatile director, having helmed the rapturous bookend love stories "Before Sunrise" and "Before Sunset" as well as raucous mainstream comedies like "School of Rock" and "Bad News Bears," not to mention rotoscope-animation experiments like "Waking Life" and "A Scanner Darkly." Even so, "Me and Orson Welles" is something altogether different for him, a gentle, semi-historical period piece. The picture is enjoyable, if somewhat meandering -- the direction could use a bit more zip, a more urgent sense of momentum.

But the script, by Holly Gent Palmo and Vincent Palmo Jr., gives the actors plenty to work with, and Linklater's approach seems to have been to stand back and let them run with it. Danes, as a college-educated woman who's toiling away at the bottom of the showbiz ladder and doesn't want to stay there, walks a deft line, capturing her character's vulnerability and shrewdness. Eddie Marsan -- so wonderful as the hotheaded driving instructor in Mike Leigh's "Happy-Go-Lucky," -- makes an elegantly mannered, eternally nervous John Houseman.

The Sun King at the center of it all is Welles himself. This is hardly a flattering portrait -- as he's shaped and played here, Welles is a cruel game-player, probably meaner and more self-centered than even the preternaturally confident Welles really was. Still, McKay and Linklater betray a great deal of affection for this boastful genius, and McKay, with his baby-faced features and satiny voice, is wildly charismatic. This is the kind of performance that flirts with the scary truth that arrogance can be sexy.

So where does that leave Efron, who not so long ago starred in the shamelessly entertaining "High School Musical 3" and who now yearns to shed his heartthrob image? It's possible that Efron is too good-looking for his own good: Watching him, I always have to fight the urge to dismiss him, just because it seems unfair that any human being should have been born that cute. But I always come away thinking he's an actor who's likable enough now, and who may be able to grow even more. And I fear for him as I fear for any young actor who can also sing and dance: Those are gifts that few movies have much use for these days.

And so when Richard, upon learning that Sonja's last name is Jones, brazenly serenades her with a line from Rodgers and Hart, I wondered what he might be able to do with the rest of the song. "Have you met Miss Jones?" he croons to her, and she waves him away, having heard that line a million times before. Maybe she's heard it a million times before, but we haven't. "Me and Orson Welles" is a sweet, modest snapshot of a long-lost time when a bold kid with a showbiz dream and a little luck could actually get somewhere, and if he could sing and dance to boot, his chances of success would be even greater. Zac Efron fits right into 1937; in 2009, he's a lost boy.

Me And Orson Welles Movies