One last ride for the ice cream man

It should be too cold for him to come around, and he knows it 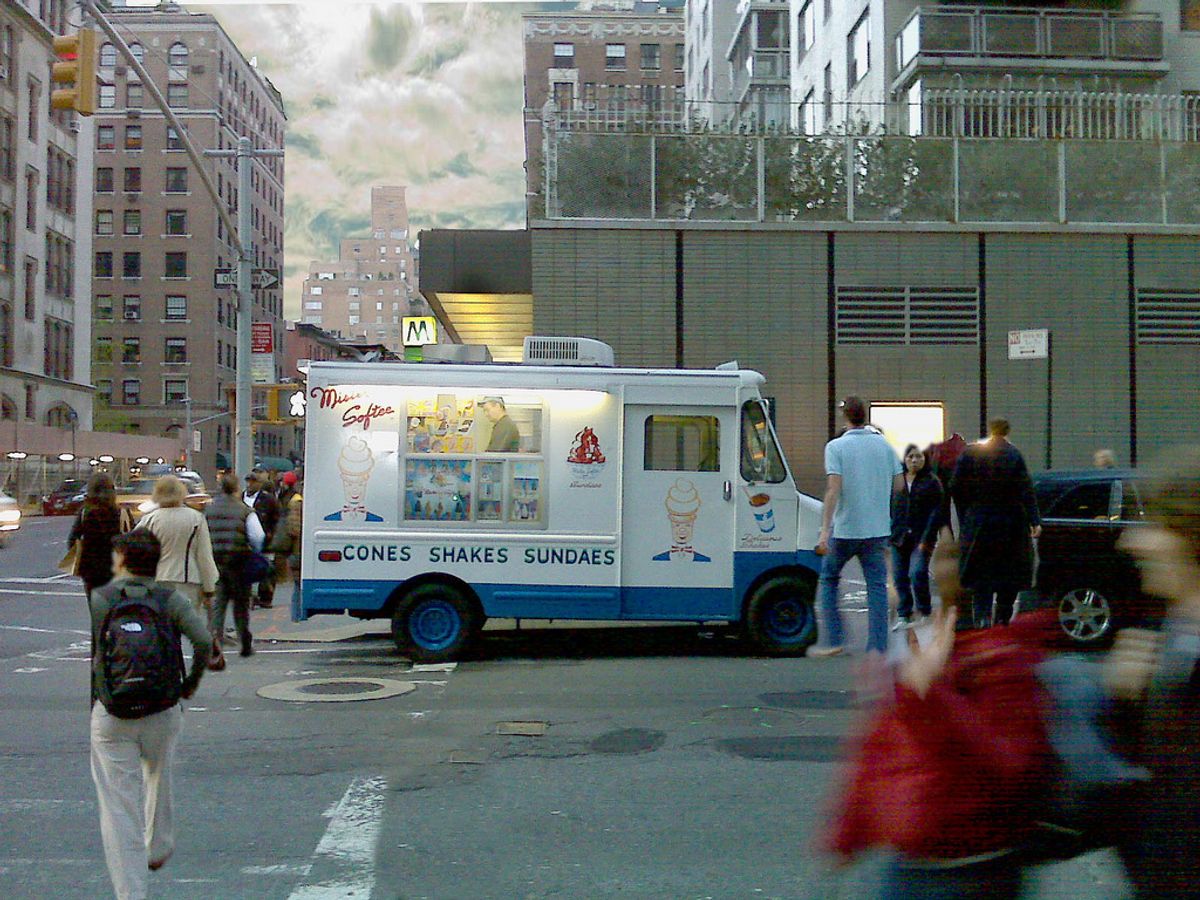 It's mid-November, and it's warmer than mid-November should be. A few kids are chasing each other in the playground, their parents standing by with coats and scarves; no one trusts this weather.

A Mr. Softee truck rolls around the block, the driver peering out, looking for someone hungry for ice cream. He double-parks his truck, flips a switch, plays his jingle from a bullhorn. It's a sound the city loves and hates in equal measure, and so, as if shy to be coming around this time of year, he plays it softly. No one comes.

He stands at his window, leaning on his palms. I'm full from lunch, but can't pass up the novelty of Mr. Softee so close to winter. I order, and the ice cream man flashes a grateful smile. Through the service windows, on the other side of the truck, a bus pulls up and I can see the driver squinting, trying to make out whether she can fit by the man whirring my milkshake. Her mouth draws into a tight, annoyed line. She crawls to a stop. I hear her yelling at the ice cream man. He hands me my change and turns around to face the bus driver, putting his hands up in apology. I walk away, behind and around the bus to go home.

But as I open my door, I catch a glimpse and turn to take another look. The bus is still stopped in the road, wedged in tight between Mr. Softee and a parked car. Traffic starts to back up behind, and the honking begins. I see the driver's hand flapping vigorously at the ice cream man, but then it stops. She pulls it back from her window, an ice cream cone in her hand. He gives her her change, too, and she waves and drives the bus through, with inches to spare.