So you think it's only terrorist-appeasing lefties who are down on Pentagon profligacy? Think again 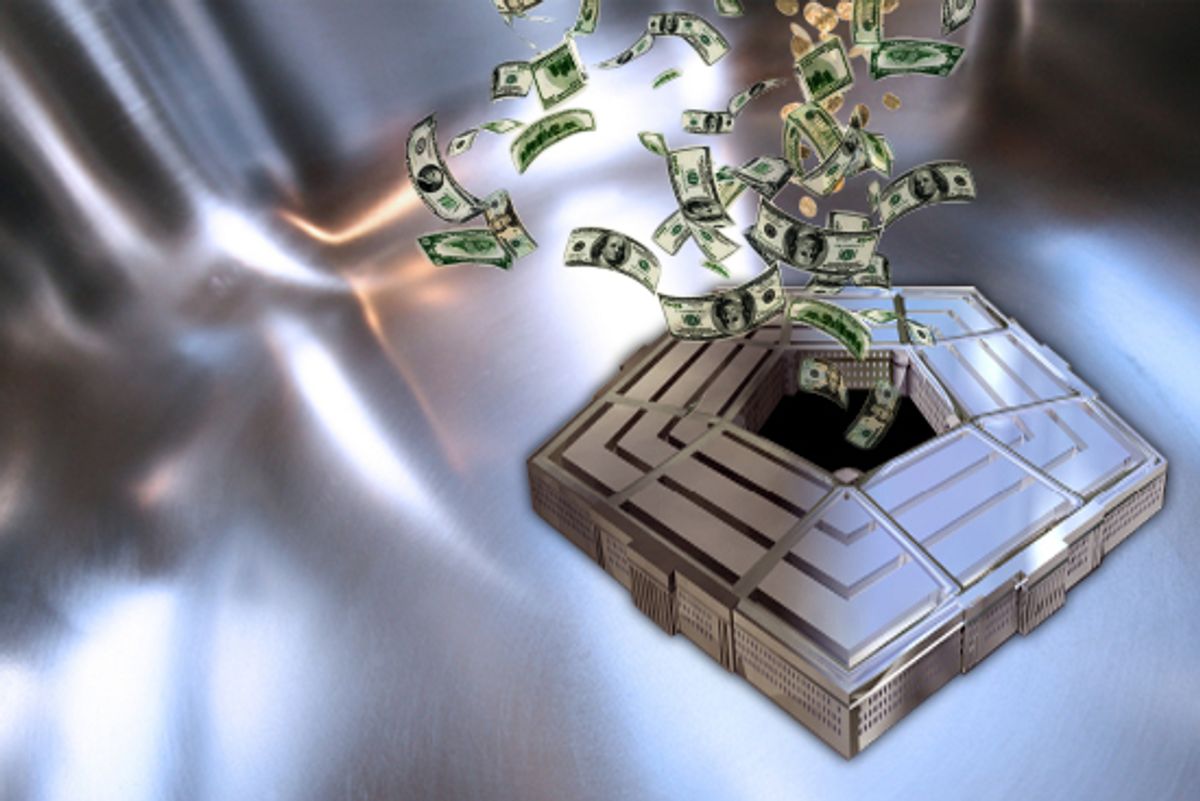 Pop quiz -- name the political leader who said the following:

"We must be willing to pull the plug before sinking more dollars into weapons that do not provide what our warriors need."

Now name the leader who said this:

"(W)e cannot track $2.3 trillion in (Pentagon spending) ... We maintain 20 to 25 percent more base infrastructure than we need to support our forces, at an annual waste to taxpayers of some $3 billion to $4 billion ... There are those who will oppose every effort to save taxpayers' money ... Well, fine, if there's to be a struggle, so be it."

I'm willing to bet many self-described "conservatives" guessed Ralph Nader and Dennis Kucinich. I would make that wager based on the enraged response to my recent column about government data showing that our waste-ridden, $600-billion-a-year defense budget will cost about seven times more than the healthcare legislation currently before Congress.

In e-mails, letters and Web site comments, right-wingers didn't vent anger at Pentagon profligacy, but at the criticism of Pentagon profligacy -- as if brazenly throwing away billions on outdated weapons systems and obsolete military programs is now a "conservative" value. Notably, the vitriol didn't include contrary numbers disproving the figures I referenced (none exists) -- the responses just used Fox News-ish slogans like "the cost of freedom" to deride all criticism of Pentagon spending as unpatriotic ultraliberalism.

Of course, if that's true, then Stephen Colbert's refrain that "reality has a well-known liberal bias" is now less a laugh line than a devastatingly accurate commentary on the deranged terms of America's political discourse. I say that because here are some objective, nonpartisan, non-ideological facts:

Obviously -- obviously! -- these points are no cause for alarm and certainly no cause for defense spending reductions, right? All they must prove is that the archconservative Cato Institute, William Randolph Hearst's newspaper chain, National Journal employees and Pentagon officials are secretly America-hating liberals. And -- obviously! -- so are two of the most aggressive neoconservative hawks ever to hold government office, Sen. John McCain and Defense Secretary Donald Rumsfeld. After all, they’re the ones who issued those scathing statements about wasteful defense spending in the pop quiz above. That means they’re actually terrorist-appeasing lefties, right?

Really, how could anyone other than traitorous communists see the data and then consider backing the mildest Pentagon spending cuts? I mean, come on -- in a country whose paranoid conservative movement now makes a dead-serious ideology out of Stephen Colbert wisecracks, how dare any red-blooded American even think of pondering basic budgetary facts?