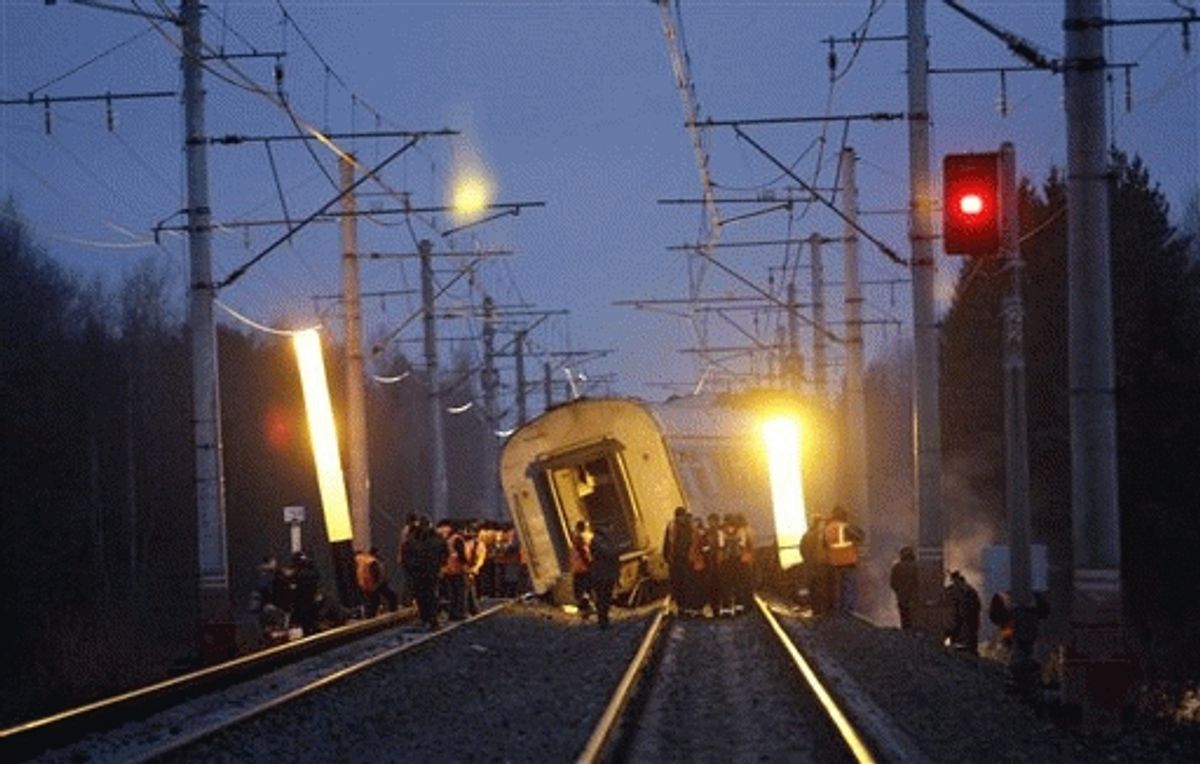 Russian news agencies are reporting that investigators have found traces of explosives among the wreckage of a train that derailed, killing at least 26 people.

The reported discovery appears to buttress initial fears that the deadly derailment on the Moscow-St. Petersburg line Friday night was a terrorist attack caused by a bomb planted on the tracks.

The death toll is still unclear: The Health Ministry says 26 people were killed but prosecutors say at least 30. Dozens of people have been reported injured.