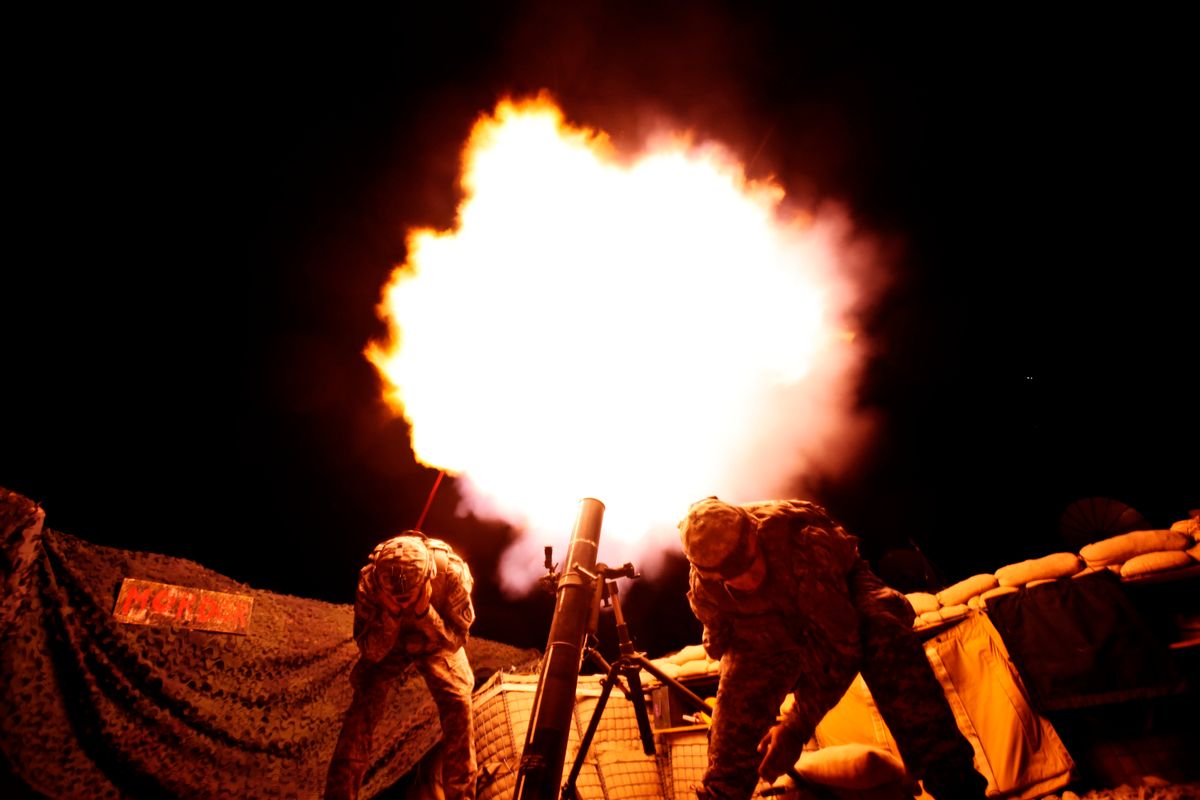 Never let it be said that the Obama administration has dispensed with all of its predecessors' ideas. In describing the president's speech on Afghanistan set for tonight, two senior administration officials briefing reporters on background rather pointedly used one of the Bush team's favorite words: "surge."

The officials, who spoke with the press in a conference call held Tuesday afternoon, confirmed earlier reports that President Obama intends to send 30,000 additional U.S. troops to Afghanistan, bringing the total there to just under 100,000. However, they forcefully disputed a report from CNN that Obama would say he wants the war over, with a withdrawal beginning, within three years.

According to the officials, the current plan is for a handover of responsibilities to Afghani forces that will result in a withdrawal beginning in July, 2011. However, the officials emphasized that date is the only firm one that will be given in the president's speech. Obama "will not ... tonight specify the end of that transition process," one official said. The "pace and end" of that withdrawal "will be dictated by conditions on the ground," the briefer added.

That said, the officials were also careful to point out that this does not mean an open-ended commitment. Preemptively responding to criticism sure to come from the right about the setting of any dates whatsoever -- the idea being that the Taliban would simply wait for Americans to leave -- the officials told reporters that the "logic of the Taliban waiting anybody out would subscribe to the logic that we would all be there forever."

The officials took a strong rhetorical posture when it came to the Taliban, with one saying, "If the Taliban thinks they can wait us out, I think that they're misjudging the president's approach." They also said that the July 2011 date "may be misinterpreted, but the Taliban does that at its risk." The date, one said, has value "as sort of a strategic inflection point ... [it] puts everyone under pressure."